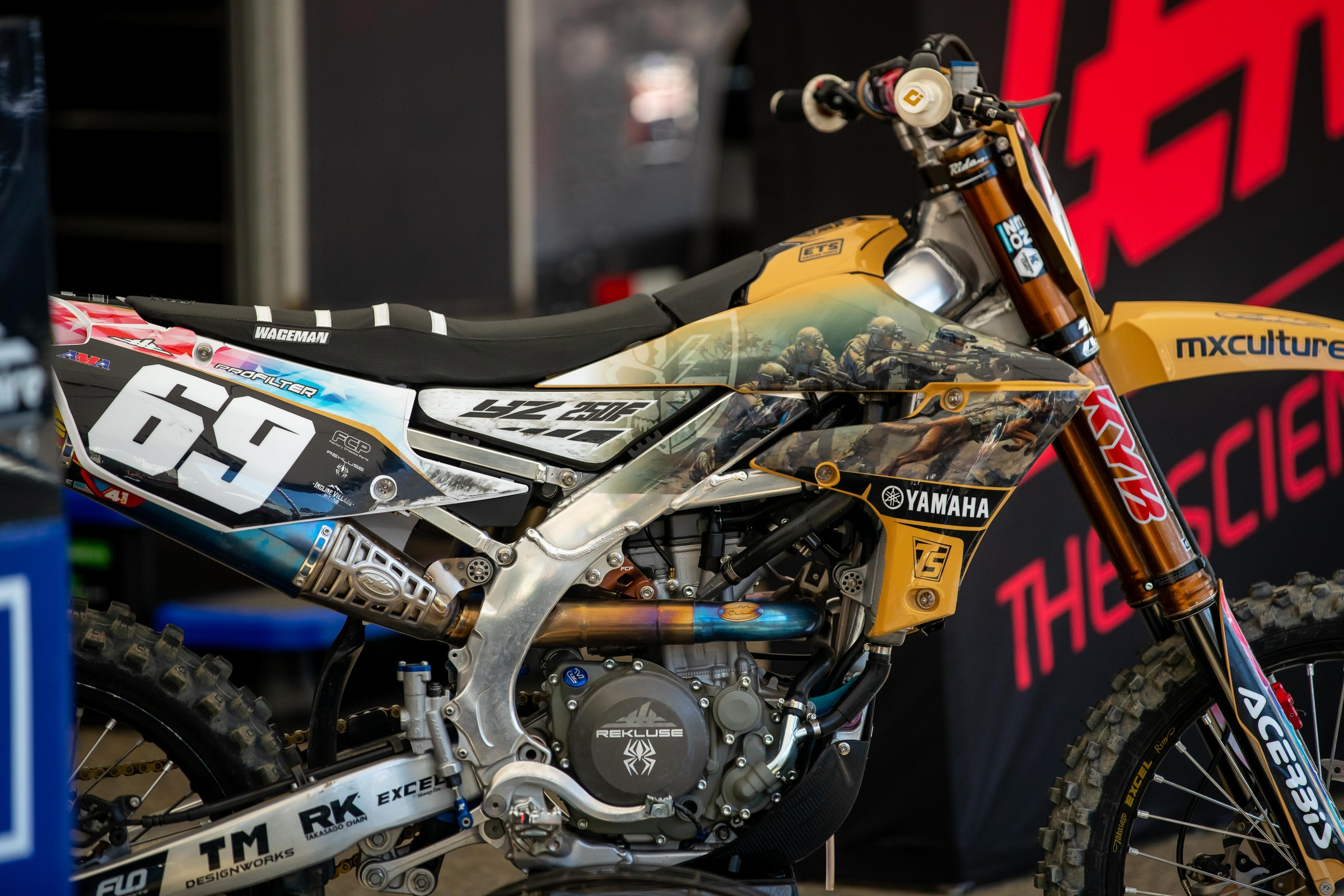 The third round of the 2022 Monster Energy AMA Supercross Championship was the annual Military Appreciation Race. Fans filled Petco Park in San Diego, California, as riders and teams celebrated those who serve our country, both active and inactive members. We gathered up some photos by the guys over at Align Media to show some of the special sights from the weekend. Simon Cudby, Rich Shepherd, and Mike Emery all contribute here at Racer X and have created Align Media, a collective media group. Make sure to check back after each race for their and their staff’s best photos from race day and follow them on Instagram @align.with.us.

Some of the highlights include special one-off gear and graphics, such as the Alpinestars gear wore my Jason Anderson (Kawasaki); Eli Tomac (Yamaha), who has a personal connection with his brother being in the Air Force; and 450SX main event winner Chase Sexton (Honda HRC).

The Team Solitaire/Nuclear Blast Yamaha squad, who has several members of the military working in the team truck, had specific graphics made to honor the 75th Ranger Regiment of the United States Army Rangers. The SGB Racing Storm Lake Honda team, who has military personnel in its program, also had Cade Clason and Alex Ray’s race machines and camo O’Neal gear paying tribute to the military, as well as other teams and riders throughout the paddock.

Other companies who paid homage to the military included Fly Racing, Renthal, FXR, Fox Racing, Seven MX, Bell Helmets, and more. Note: these are not the only companies that did so, but these are several highlighted below.

For more on the Military Appreciation Race, visit SupercrossLive.com.