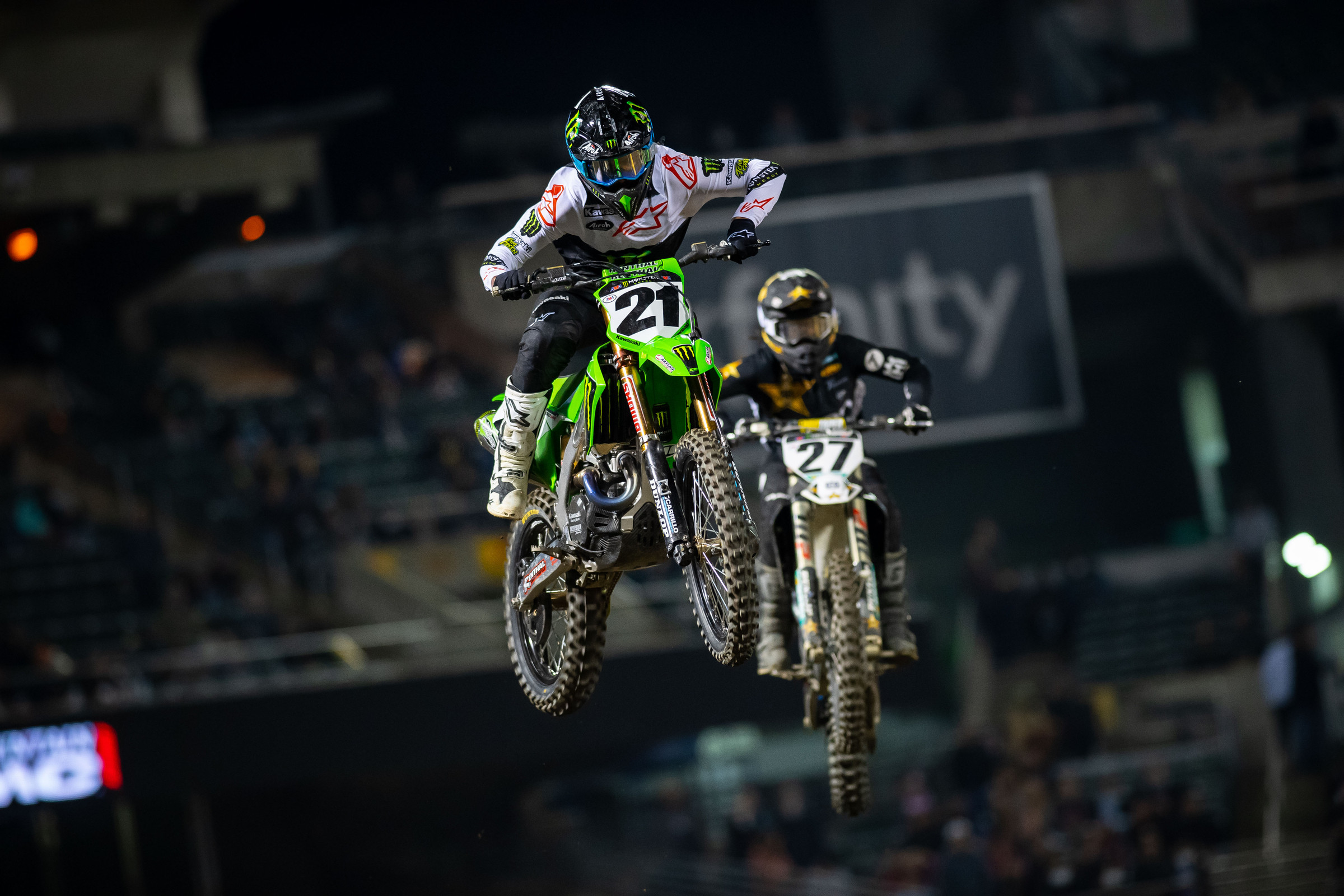 The Moment It Bounces Off

We know Jason Anderson doesn’t take things too seriously. He can take a hit and he can take a joke. At Anaheim 1 he was a knockdown victim of both Malcolm Stewart in his heat race and Justin Barcia in the main. Instead of ramping up the tension he diffused it with the most organic merchandise plug in supercross history, proclaiming he was not mad at Barcia but would appreciate if Justin would buy some of his Team Fried clothing. Sure enough, Barcia placed an order on Sunday and wore his Team Fried shirt to track walk on Saturday.

A few hours later, practice began and Anderson was seen on the ground, separated from his bike, on perhaps the easiest section of the Oakland track.

It was hard to even figure out what happened, but luckily Anderson had Team Fried on hand to document his crash. He went too far outside in a corner, then hit the side of a jump and pogo sticked right off a tough block. Boom, he’d crashed on a single and a straightaway.

Of course Anderson had fun with it and posted, simply, “Sent it a little too hard bud.”

Onto the night show, when the track was rougher and the stakes were higher. It was there were Anderson did his best work, taking the lead from his Monster Energy Kawasaki teammate Adam Cianciarulo and holding steady from there. Oakland’s track broke down in the latter laps, and the whoops, especially, were treacherous. Many riders who were charging hard from the back elected to back it down in the final minutes.

Meanwhile, Anderson was dealing with the pressure to deliver his first main event win since 2018. Even on this rough track, it was no problem. He sailed to victory, this time not sending it a little too hard, bud, but just enough.