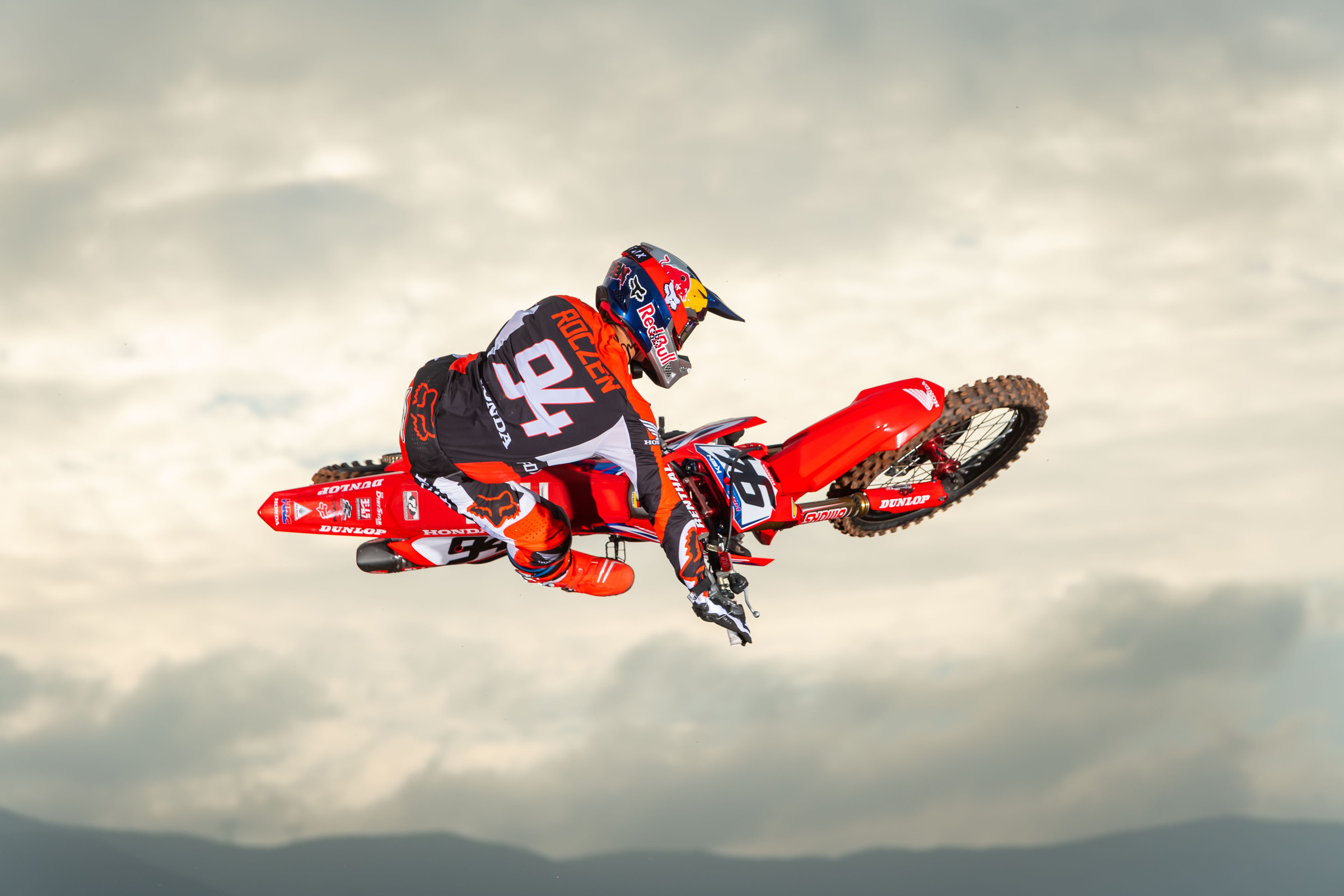 Ken Roczen spent all of 2021 right in the middle of both the Monster Energy AMA Supercross and the Lucas Oil AMA Pro Motocross Championship title chases. Ultimately, he missed out on both titles, but there’s a lot to be said for how consistent his whole year was. He earned more points than anyone in 2021 when combining both supercross and motocross and he won a lot of races. There were several days that reminded us just how darn good Ken Roczen is, and that's refreshing in many ways when you think back to how much adversity he has faced with his health since his massive arm injury in 2017. Could all of this steady progress be culminating in something big for Roczen in 2022? We caught up with him last week to find out.

Racer X: You had a year now on this bike to develop and get used to it a little bit. What are you excited for about one year in with this new bike and the development process of everything coming into the new season?
Ken Roczen: I just think this year things are a little bit less hectic. We have a year under our belt. We started off with the base settings that we came up with last year and tried to just improve and go a step forward from there. So, things have been pretty mellow. I think we’re just trucking along, doing our thing, and finding out and learning a lot. We’re trying a lot of different things than we normally have done before, which is great because you’ve got to keep an open mind. Overall, we’re just in a good spot. We have a few more weeks to go until we start racing, so obviously more time to get prepped a bit more. Other than that, everything is good.

How has the off-season been? Obviously, no [Motocross of Nations] for you and then no Monster Cup again this year, so not a lot of these other things that you would maybe have to throw into your schedule during this off-season. Is it nice to have a little bit more time to dial things in that way? Or is it almost a little bit like you’re getting ahead of yourself because you have so much time?
My off seasons really have been the same for a while now because I haven’t raced really des Nations except for RedBud in 2018. So, it’s been super mellow. Obviously, I have a 15-month-old boy and just living the family life, which I absolutely love. It was new to us all last year, but now we’re in a stage where he’s slowly starting to walk and all these fun things. So, we’re just staying home and having a good time with the family. Other than that, the off-season was pretty mellow. Gave the body some rest.

Talking about the different stages in your life as well with having a child, being married, I hate to call you a veteran because it still feels like you’re so young but you’re like a veteran of the sport now. Is it almost kind of surreal to be at this stage in your career?
Yes and no. My plan was to ride for a long time, but now I’m almost 28 and obviously I’m getting more to the age where a lot of the greats in the last few years have retired. So, it is kind of weird to think about it because it used to sound really, really far away. But again, it can be far away if things go right, and you keep racing. Look at Justin Brayton. Even if you race to the early 30s, I still have a few years that way. But it is weird being the veteran. I’m the oldest guy on the team! Things have changed very rapidly. I feel like also due to the last couple years being pretty difficult, I stopped being kind of crazy and all over the place because I had issues with my body. That wasn’t really that fun. I needed to rest. My body just hasn’t recovered quite like how it did before. So, now being home actually and having a kid and hanging out and having fun comes in super handy.

You talked about being the senior statesman of the team to a degree. Chase [Sexton] came in last year and obviously the Lawrence brothers came in as part of the program as well. Does it almost help you stay young in a sense, too?
Totally. Like I said, that used to be me back in the day with other veterans in my team. Now I’m there. It’s definitely good because I feel like it’s good to have polar opposites of personalities. They’re very outgoing and fit right in, so it’s definitely good to have some fresh energy in the team. But during race weekends we don’t have that much time really to hang out, because I have my bus and they’re in there [team semi]. It’s pretty crammed, so I don’t really make my way over there too much, but again also mainly during outdoors there’s really not that much time to walk over and hang out. If it’s really hot outside, the last thing you want to do is move around too much because we’ve got a lot of work to do during that day. But it’s nice. It’s fun. Got a good crew going right now.

Talk a little bit about the shift from Erik Kehoe and going to Lars [Lindstrom] now as a team manager.
Lars is obviously super young and has been a friend for a long time. Honestly, I feel like my focus is on other things, so I haven’t even really thought about it that much. It’s not a new person to the team, so I don’t really expect any drastic changes and especially not towards a negative way. It’s pretty solid and good the way it is.

Reflecting on your season from last year going into this year, you had a very consistent season. Obviously, you want to win both titles at the end of the season, but you actually won a lot of races. You ran up front all season long. Was it one of those things that you can look back at the end of it and be like, I’m pretty happy with a lot of the things the way they went even though I didn’t get the title, and I can use that to bounce into 2022?
Honestly, I’m actually very happy the way things went, after you really think about it. I had great speed. We were healthy throughout the whole year. The things that happened realistically were super out of my control. I know I’m capable to win. I’ve done my work to win. I was mentally fully there to want to win. That’s really all I can do. Overall, I look back and it was a great season. It didn’t work out the way we had hoped, but there’s only so much in my control that I can do. My work is to figure out how to get rid of that and just be better. So, my goal again for this year is to improve. I think that’s the biggest thing. You never want to stay still or take a step backwards.