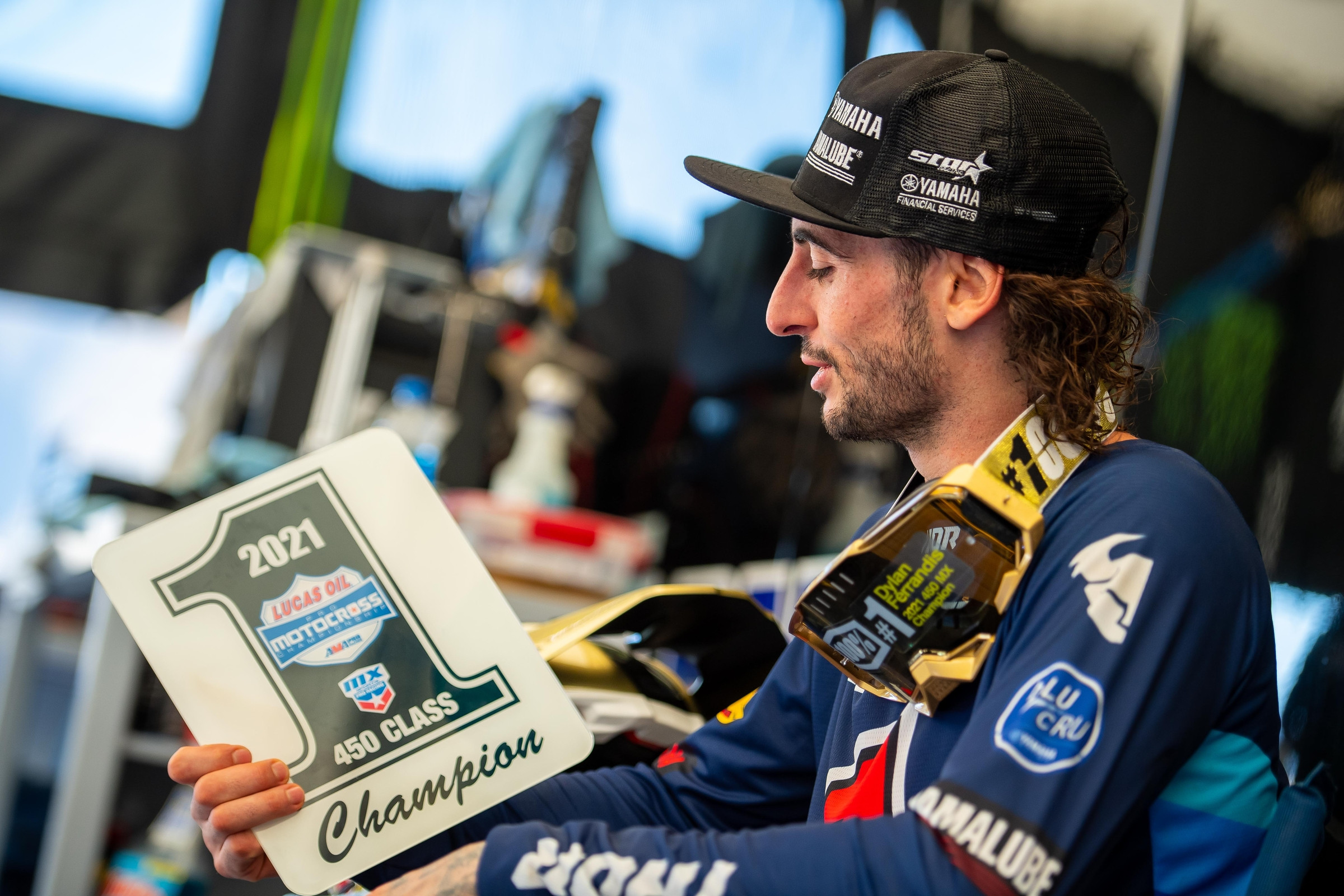 450 Words How Do Rookies Actually Do?

As Dylan Ferrandis closed on the Lucas Oil AMA Pro Motocross Championship, instant comparisons began between two previous rookie-season champions in the 450 era: Ryan Dungey in 2010 and Ken Roczen in 2014. Ferrandis wasn’t quite a standout in supercross, but he did at least make all 17 rounds. They managed the same feat as Ferrandis, and they also coupled it with strong rookie supercross campaigns (Roczen was third in points and Dungey won the darned supercross title, which is mind-blowing. Ferrandis at least made all 17 rounds and he finished seventh in points).

CORRECTION: Also worth mentioning is Grant Langston's 2007 AMA Motocross (450) Championship. It was Langston's first year on a 450 outdoors and he won the title. We accidentally overlooked this one because Langston had at one point moved to the premier 250 class earlier in his career, but that was mostly in supercross on a KTM 250. He was scheduled to race the big-bike class in 2004 but raced just one round, the Hangtown opener, and then missed the rest of the year with injury. Then he returned to the 250F ranks for 2005 and 2006. So, really, Langston won the title in his first full season on a 450. Of all people for me to not credit in this article!

How much do they stand out compared to most rookies? Let’s have a look at the last decade, but we’ll also include Dungey’s amazing 2010 season.

2010: A gold standard for rookie seasons, with Ryan Dungey winning both the 450SX and 450 Class Pro Motocross titles in the same year. Jeremy McGrath won 250SX as a rookie in 1993, but he didn’t even race the premier class outdoors, and he finished third in the 125 Class nationals.

2011: Following his 2010 250 National Motocross Championship, Trey Canard is the rookie to watch, winning three races and battling for the 450 AMA Supercross title until he broke his femur testing outdoors. He still took fifth in points. Trey returned for the second half of Lucas Oil Pro Motocross but broke his femur again at Washougal.

It was not as easy for other rookies: Christophe Pourcel didn’t even get a ride following back-to-back 250SX titles, then returned briefly outdoors with MotoConcepts Yamaha before leaving the team. Jake Weimer won the previous year’s 250SX West title and entered the 450 class with Monster Energy Kawasaki, but he was hurt before season and missed all but two supercross races. Missing races with injury is common theme for 450 rooks. Weimer did take sixth in the 450 Class Pro Motocross points.

2012: Broc Tickle (the 2011 250SX West Champion) was the main mover, as Justin Barcia (250SX East Champ) and Dean Wilson (250 Pro Motocross Champion) stayed in the 250 class. Tickle took ninth in 450SX points scoring points in all but one round. He raced every MX round and took fifth in points.

2013: Justin Barcia was the rookie to watch, as two other 2012 250 champs (Blake Baggett in 250 Class of Pro Motocross and Eli Tomac in 250SX West) stayed in the 250s. Barcia had a solid season, winning two supercross races, taking fourth in 450SX points. He was third in 450 Pro Motocross points and didn’t miss any races.

2014: A slew of rookies moved up, with Ken Roczen as the 250SX West Champ, Eli Tomac as champ in 250 Pro Motocross, and Wil Hahn winning 250SX East. Roczen was outstanding, taking third in supercross with two wins and then he outdueled his Red Bull KTM teammate Ryan Dungey for the 450 National Motocross Championship. Hahn missed six SX races and all of outdoors with injuries. Tomac’s season was spotty, he made nine of 17 races in SX, and missed the first four rounds of 450 Pro Motocross. He won one national and finished fifth in points.

2015: Four major rookies moved up: 250SX West Champion Jason Anderson and runner up Cole Seely, as well as 2012 250 Class National Champion Blake Baggett and 2011 250 Class National Champion Dean Wilson. Seely was a solid third in 450SX but missed half of the rounds outdoors and took 16th in the standings. Baggett was fifth in 450SX points Baggett and fourth in motocross points. Anderson made 16 of 17 supercross rounds and took seventh in points and was sixth outdoors. Wilson tore his ACL early in supercross, which cut off most of his season.

2016: Marvin Musquin is the top rookie with seventh in 450SX points, five podiums and one missed race. Marvin took third in 450 Class of Pro Motocross and made every round. Justin Bogle also moved up, he finished 11th in 450SX points after missing three rounds, and was 16th in Pro Motocross.

2017: Both 250 Supercross Champions Cooper Webb (West) and Malcolm Stewart (East) moved up.  Webb is part of the high-profile relaunch of the factory Monster Energy Yamaha team, but he his hurt his shoulder in supercross and missed five races. He takes 13th in supercross points with one podium, and seventh in points for Pro Motocross after missing four motos. Stewart doesn’t get a ride and has to build his own team for supercross only. He misses the first two supercross rounds getting his team going. His season-best finish is ninth, he takes 15th in points.

2018: Here’s something crazy: no major rookies moved up. A flood was coming the next year.

2019: Four major rookies: Aaron Plessinger is 250 West and 250 Class Pro Motocross Champion, Zach Osborne is a two-time 250 SX East champ and the ’17 250 motocross champion. Also Joey Savatgy and former 250SX West Champion Justin Hill move up. Savatgy is pretty solid with eighth in 450SX points with five top fives and two missed races. He missed about half of the motos for Pro Motocross and took 11th in points. Plessinger crashed out of final seven supercross races with a broken heel. Ouch. He returned for the second half of outdoors and finished 21st in points. Hill was 11th in supercross points and only raced six motos of Pro Motocross. Osborne missed the first six rounds of supercross with a broken collarbone and finished 14th in points. He was fifth in points for Pro Motocross, had a moto win, and only missed one race. Osborne also only finished outside the top five in one of the 22 motos he raced (the most top-five finishes of the entire premier class that summer).

2020: Adam Cianciarulo moves up after winning the 2019 250 National Motocross Championship. He was great in Pro Motocross, finishing second in 450 Class standings. However, he missed nine supercross races due to a broken collarbone and then another crash in SLC. He took 15th in points.

2021: At 27, Dylan Ferrandis is much older than the average rookie. He is actually only one month younger than Roczen, for example. Age alone doesn’t make him immune to the usual rookie troubles of crashes on a 450, and his overall management of the season indoors and then rock-solid performance outdoors is outstanding. He also won the opening round of Pro Motocross! Yes, the rookie title has happened before, but the list of seasons above shows just how difficult it actually is.