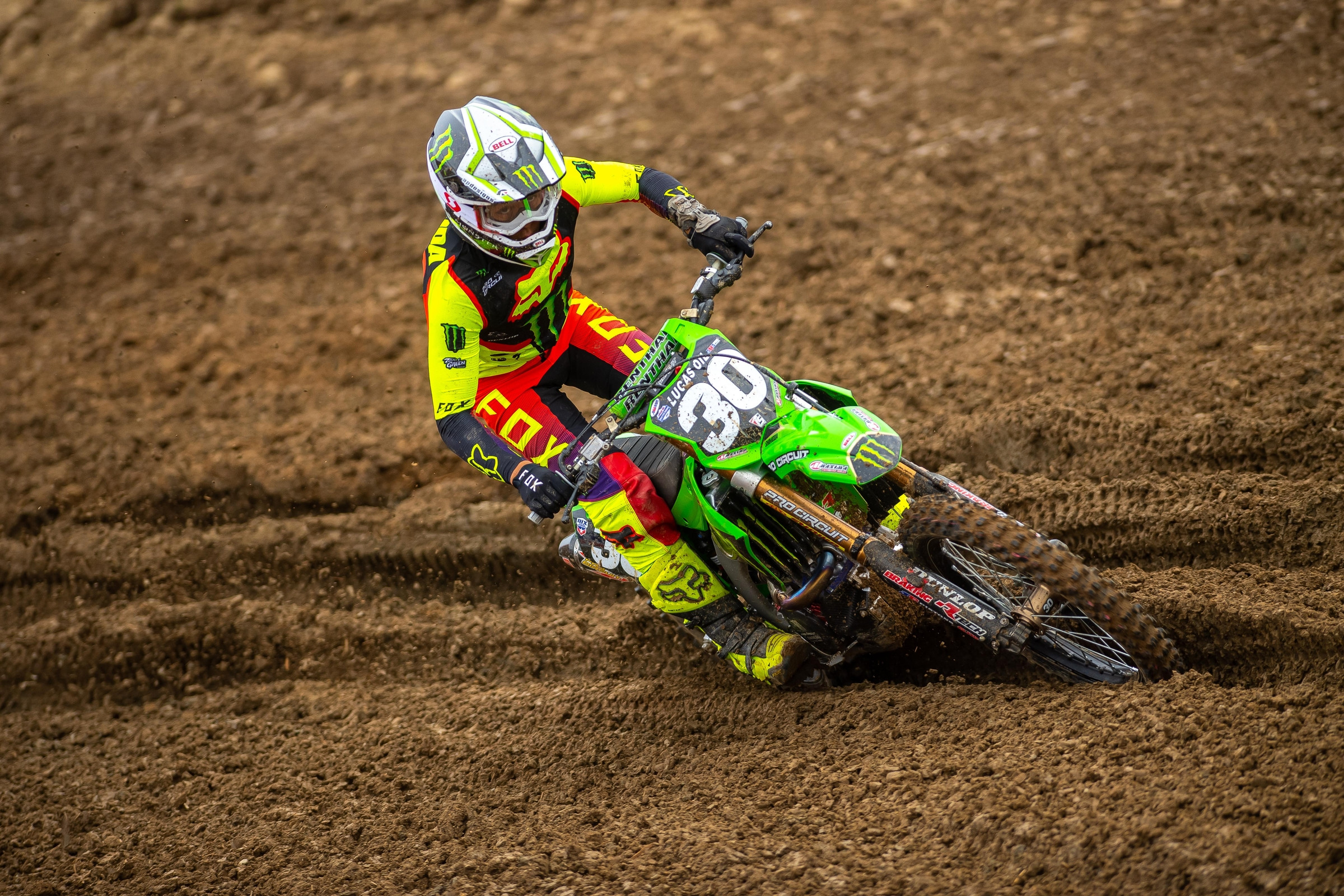 “When you go on the podium, people actually know you,” pointed out Monster Energy/Pro Circuit Kawasaki racer Jo Shimoda, runner-up finisher in 250SX East Region of Monster Energy Supercross, and  currently sixth-ranked in points during this summer’s 2021 Lucas Oil AMA Pro Motocross Championship. “They cheer and make noises. It’s cool to have that energy.”

In the 64-year history of world class motocross racing, only one Japanese rider has won a world class championship. His name is Akira Watanabe and in 1978 he won the 125cc World Motocross Championship. Japan is a nation of 127 million people, Jo Shimoda of Suzuka City, Mie Prefecture, Japan wants to be its next champion. And that’s why he and his family came to the United States of America in 2014. Within a span of six years, Shimoda was a full-on professional racer and recipient of the 2020 Supercross Rookie of the Year award and a supercross superstar in the making.

“I really like Jo’s disposition,” offered motocross GOAT Ricky Carmichael, a racer who actually won the first of his mind boggling 15 AMA titles as a member of Mitch Payton’s mighty Pro Circuit Kawasaki outfit all the way back in 1997. “I love his racing and what he brings to the table. He is extremely consistent. He really sticks to his program. He doesn’t get caught up in the hype. He just goes out there and knocks down those consistent runs. He’s just quietly there, knocking down those fourths and thirds, you know? As soon as he aligns himself to everything properly, he’s going to bag some big wins. He already has.”

Winner of the 2021 Salt Lake City 1 250SX Supercross in April, Shimoda is now working on a Pro Motocross win. He finished runner-up at Southwick. Sixth in points following the Washougal National on July 24, Shimoda has been relaxing during what has been something of a summer break for the Lucas Oil Pro Motocross Championship. With a couple hours on his hands, Shimoda recently swung by sponsor Monster Energy’s corporate headquarters in Corona, California, to say hi and talk Lewis Hamilton and F1 (Jo loves the stuff). And that’s where we sat down with the sensational young Japanese racer.

Racer X: Jo, how are you?
Jo Shimoda: I’m good. I’m healthy. It’s been good racing during the season. We’re almost done with the entire season now. I mean, beginning with Unadilla next weekend, there’s only five more races to go in 2021. I’m happy with the year and I’m happy with the improvements I’ve been making, and it’s been going good. And supercross was good for me this year. I was able to get my first win, which was really cool. I also got a couple podiums and was second in the championship at the end. That was better than last year, so that was great. And to have the fans at the races again has been so good. We lost those fans last year and now that we have them back again, it’s so awesome.

You won a main event and were the runner-up finisher in the 2021 250SX East Region Championship. From there you went right into the Pro Motocross season where you now hold down a very competitive sixth place position in the point standings. Do you feel good about your results this year?
Yeah, I think my results have been improving. I feel like I was a little more consistent during the supercross season. With the outdoor season, I’ve had some little tip overs and some small mistakes, but compared to last year, it has been way better. I’ve really enjoyed all of the racing this year. Racing-wise, after each of the races, I feel more rewarded in the outdoor races. However, supercross is more fun for me when I’m racing.

How do you like being a member of Mitch Payton’s Monster Energy/Pro Circuit Kawasaki team? We both know the team has launched the careers of many of the greatest racers in the history of the entire sport.
Oh, I love it. Since I got on the Pro Circuit team, I’ve felt like Pro Circuit is all about teamwork. The guys on the team are all-in. The bikes are all perfect. The team is really good. Mitch is a little intense. He can be a strict kind of guy. When I go out there and ride and race, he gives me a good idea of where I am at. He never says something unfair. He doesn’t say, “Go do that quad and you’ll gain one or two seconds!” Mitch isn’t going to say that. Mitch is more like, “Hey, that guy just jumped that, so maybe you can too.” Mitch is always fair.

As we spoke about, you’re currently sixth in points with five races remaining in the Lucas Oil Pro Motocross Championship. Can you elevate yourself in standings and win a race before the season wraps up at the Hangtown Motocross Classic on September 11?
Obviously the top three is kind of far away from me in the points now, but now I try to go out there to win. My starts have been a little bit of a struggle. When you see the results, if I got a good start, I finished on the podium. All I focus on right now is getting top three starts. To get a bad starts is such a waste of energy! You get the roost, you run into the trouble of riders in front of you making mistakes. Once I’m in the front, I feel relaxed. People say when you’re in front you might not like having that pressure from behind, but I never really felt that pressure. That’s a good thing about my racing.

You seem to get along well with a number of your competitors. Are you close with any of the guys you line up against?
Yes, I am friends with the Lawrence brothers, but they live in Florida now, so I don’t see them as much. Jeremy Martin is really cool. I think he’s the coolest guy out there. He never does dirty passes and stuff. And in the top 12 in the 250 class this year, there is not that much of a difference between the top guys.

I know you haven’t been back home to Japan in a long time. Will you head that way anytime soon?
Yes, in fact I’m actually racing one of the Japanese Nationals in the 450 class this autumn. We’ve been planning it. The race will be at the end of September at the Sugo circuit. I’m doing that and that should be exciting.

What do you like to do for fun?
I actually got an F1 simulator. I love it. I’d love to go see the F1 races one day. It’s the top motorsport. When I’m done racing, I’m thinking about actually going to college. I think I would like to learn about the body. Since I’m an athlete, maybe after I’m done racing, I can turn it into something in the medical field.

Okay, my friend. Thanks for swinging by and hanging out. It’s great to hear that you’re doing so well.
Thank you, Eric. I’ve been happy. Nothing bothers me so much right now. I’m enjoying this life.