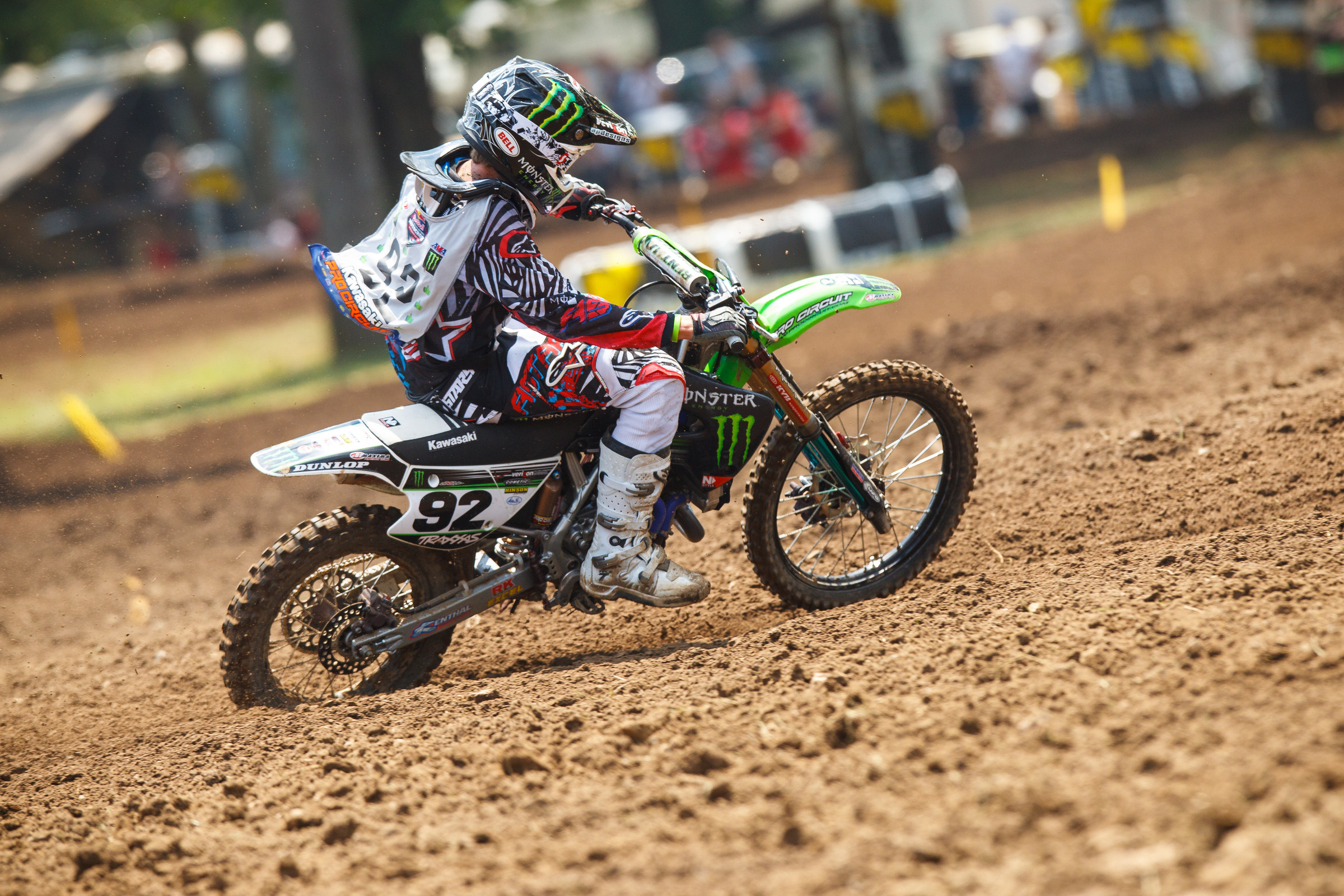 Ask anyone who’s ever raced the Loretta Lynn’s AMA Amateur National Championship what the most stressful part of the whole week is, chances are they will answer “reaching into the bucket to draw for starting gate picks.” Drawing for starting gate picks has been a part of the whole process since day one, way back in 1982. The concept is simple. Everyone is even going into the national, no matter how you finished in your regional.

Why not timed qualifying? It’s pressure enough for a kid to be racing a national championship event against 41 other qualified kids. Adding timed qualifying for gate picks would likely translate into kids not using practice to learn the track, but rather just going out and blitzing the track in practice to try to get the best gate pick possible. Instead, riders and their families can come and relax, get set up and ready over the weekend, learn the track on Monday during practice, and then get serious on Tuesday morning at 7 a.m., right after everyone wakes up to “Coal Miner’s Daughter” by Loretta Lynn herself, the unofficial anthem of amateur motocross in America.

But then comes the bucket, and the chance to reach in and pull out a commemorative chip that’s between #1 and #42. That will determine when you go to the starting gate for your first moto. (Starting picks for the second and third motos are based on your finish in the previous moto.) If you’re a title contender and you draw, says, #39, it makes your job a little harder. But remember, not everyone who pulls out a single-digit chip may be the fastest, nor the best starter.

While long and wide, the starting straight at Loretta Lynn’s does favor those near the middle, so any top 25 or so pick puts you in as good a spot as anyone else. But that doesn’t mean a high pick eliminates you from title contention. A fast grom from Florida proved that a decade ago.

Osteen, Florida’s Adam Cianciarulo must be considered one of—if not the very best—minicycles racers of all time. A Kawasaki Team Green rider when he reached the 85cc classes, Cianciarulo at his best would have been a fair battle with young James Stewart, young Ricky Carmichael, young Damon Bradshaw, young anyone. AC came into Loretta Lynn’s in 2011 as hyped as any kid has ever been. He still had another year left on minicycles, but he was still the favorite. Before his first moto (Super Mini 1 12-15) Cianciarulo reached into the bucket, just like all of the other kids, and pulled out…

Five minutes later, when it was his turn to pick a starting gate, all that was left for Cianciarulo was the far outside. He chose the very last gate on the far left. As he sat there, his future boss Mitch Payton of Pro Circuit came out to watch alongside the fence, which seems like it would only add to the pressure, right? It did not. When the card went sideways Cianciarulo looked down, waited—clank!—the gate dropped and he executed what can only be described as perfect starting technique. He got his weight back on the rear fender, stayed straight for maybe 30 yards, then began leaning and moving his bike to the right on the long, deeply tilled start. He went through the gears, kept the throttle pinned as the straight began funneling into the wide right-hand sweeper.

Cianciarulo would go on to win the moto, start to finish. When it was time later on for the first moto of his second class (Super Mini 2 13-16) Cianciarulo reached in the bucket again, this time almost certain to pull out a better, lower number…

He did not. Instead, it was chip #42. Cianciarulo again found himself on the far outside, almost up against the flag poles and the podium. Mitch Payton again came out from the Pro Circuit tent to watch, perhaps just to see if the can’t-miss-kid would pull off another improbable holeshot.

Clank! He did. Cianciarulo again executed perfect timing, technique and the courage it takes to keep the throttle pinned around the outside. Holeshot.

In all, Adam Cianciarulo would win a total of 11 AMA Amateur National Championships at Loretta Lynn’s, all of them on minicycles as he is one of the most decorated champions of all-time at the Ranch. But those two that came after drawing #39 and #42 before his first motos definitely tell the story of how good he really was.