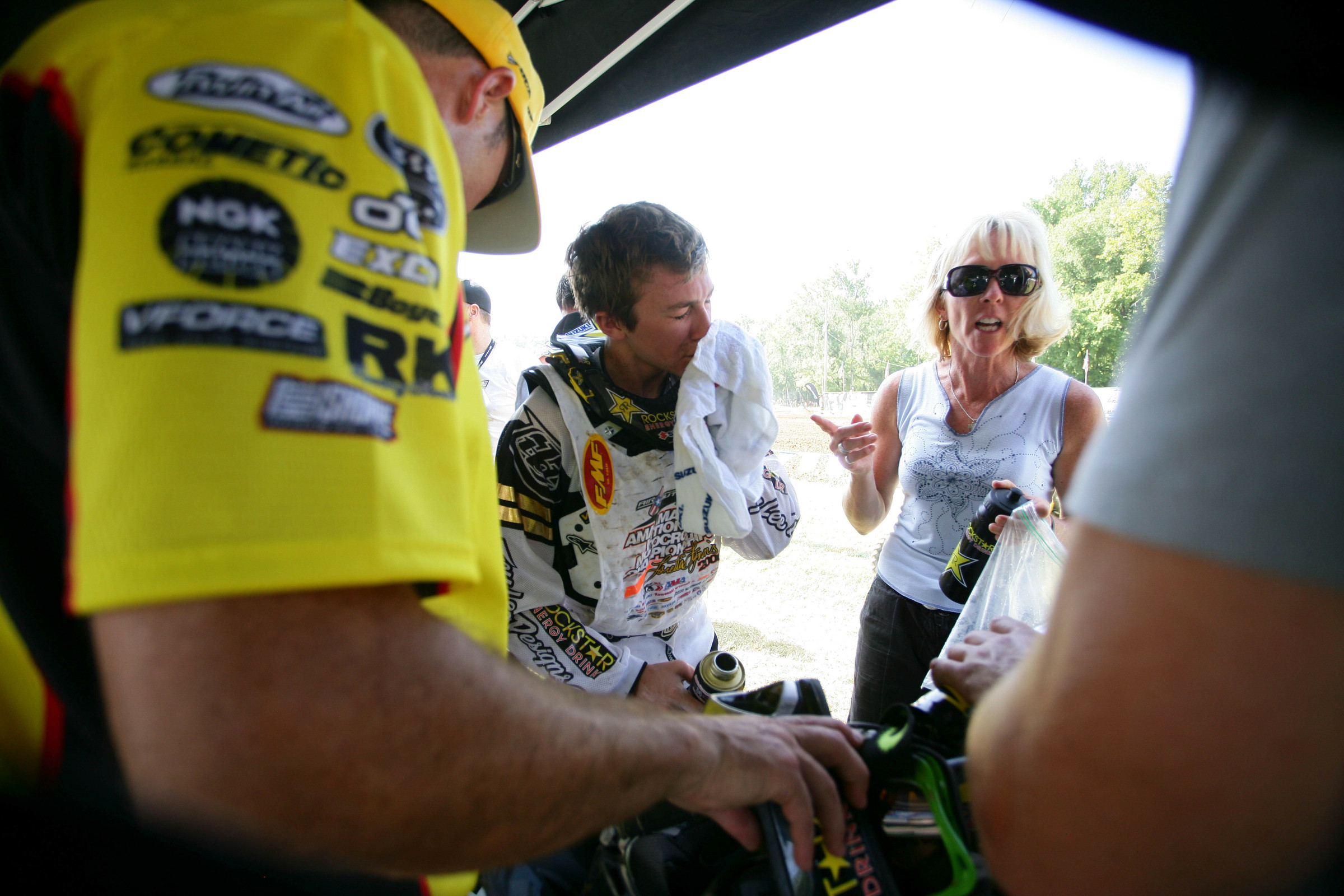 30 Stories from the Ranch: Meet the Tomacs

The history of Loretta Lynn’s is filled with names familiar to American motocross fans. As we chronicled in one of our earlier Loretta Lynn’s stories, the first big name to emerge from this race was Ron Lechien. Among the more recent ones to emerge are almost every 250cc title contender in the current Lucas Oil Pro Motocross standings. In fact, out of the current top ten going into this weekend’s Spring Creek National in Millville, Minnesota, the only rider in the top ten to have not raced at the Ranch as a kid is Team Honda’s Hunter Lawrence, as he hails from Australia and then moved to Europe before turning pro. Even his little brother Jett—the current points leader—came to America before turning pro and, as a result, he is a Loretta Lynn’s graduate, as is Japan’s Jo Shimoda, the Monster Energy/Pro Circuit Kawasaki rider, who is currently fifth in the rankings. All of the rest—New York’s Justin Cooper, Florida’s RJ Hampshire and Jalek Swoll, Oklahoma’s Colt Nichols, Minnesota’s Jeremy Martin, Utah’s Garrett Marchbanks, and Missouri’s Austin Forkner—have their names in the Loretta Lynn’s Vault many, many times.

The same can be said for the 450 guys, with the glaring exception of current points leader Dylan Ferrandis of the Monster Energy/Star Yamaha Racing team, who is French and was racing the Grand Prix circuit of Europe as a pro before emigrating to the U.S. But other foreign talents like Germany’s Ken Roczen, Scotland’s Dean Wilson and Great Britain’s Max Anstie did come here to the States as kids to race and found themselves down on the Loretta Lynn’s starting gate with their current U.S.-born competitors like Ohio’s Aaron Plessinger, New York’s Justin Barcia, Illinois’ Chase Sexton, North Carolina’s Cooper Webb, Florida’s Adam Cianciarulo, and more.

And then there’s the name Tomac. It first showed up in the Loretta Lynn’s Vault in 1999 when little Eli finished 29th in the 51cc 4-6 class. The boy steadily improved over the years, to the point where he finally reached the top of the results five years later in the 65cc (10-11) Stock. But that wasn’t the first time a Tomac was crowned champion at Loretta Lynn’s. Back in 2001, Eli’s father, John Tomac, already a cycling legend in both road racing and mountain-biking, decided to try his hand at racing motorcycles alongside his son. This was a full decade after John was inducted into the Mountain Bike Hall of Fame! He qualified for the Vet B/C class on a Suzuki that year, in part to help him better understand the system and also to race alongside his son, who qualified in the 51cc class aboard a Cobra and the 65cc class on a KTM. Eli would finish ninth and 16th in his two classes while John topped the Vet B/C with unlikely 2-2-7 moto scores. Yup, John Tomac holds an AMA Amateur National Championship from Loretta’s!

John Tomac would race Loretta Lynn’s just one other time, trying to defend his title in 2002, but that didn’t go so well (24th). Besides, Eli’s time was coming, and just a couple years later the kid would win his first of eight total Loretta Lynn’s AMA Amateur National Championships, the last two of which came in 2009. Less than a year later, in his first professional race, Eli Tomac did something that no other Loretta Lynn’s graduate has done before or since: he won the first AMA Pro Motocross race—the 2010 Hangtown National—he ever entered.

More than a decade later, Eli Tomac has won multiple AMA Pro Motocross titles, as well as the 2020 Monster Energy AMA Supercross crown, and remains one of the very best motorcycle riders in the world. The one title he will never have though is as the title of “first Tomac to win at Loretta Lynn’s Ranch,” because that one will forever belong to his dad.

Main Image: Eli and his mother Kathy Tomac at Loretta's in 2008. Cudby Photo