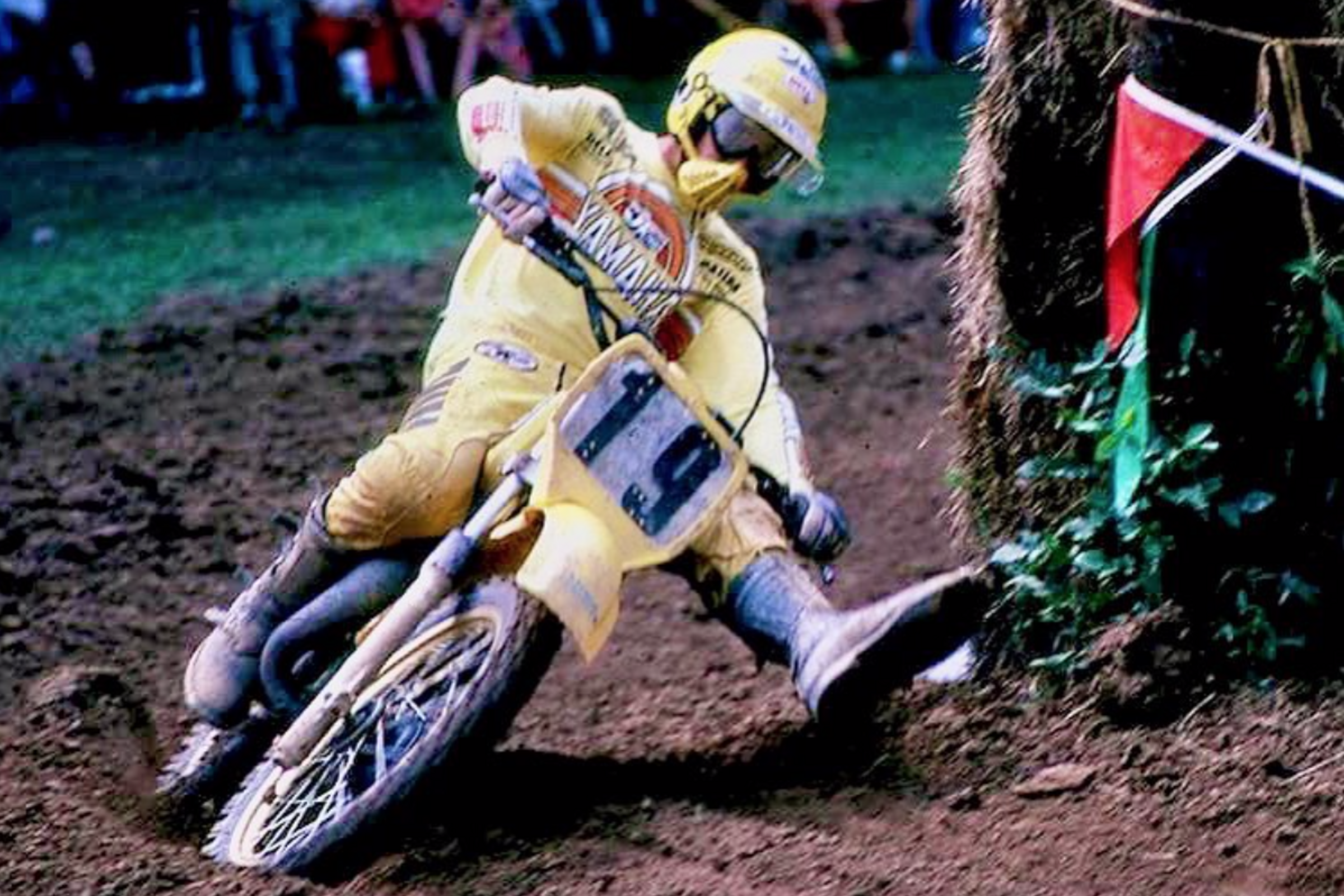 30 Stories From the Ranch: Putting Loretta’s On the Map

With the 40th Annual Monster Energy AMA Amateur National Motocross Championship at Loretta Lynn’s Ranch up quickly, we thought we would celebrate four decades of world-class youth and amateur motocross racing with 30 Loretta Lynn’s stories from years gone by. For the first one, we decided to go back to the very first year, 1982, and how two important visitors from California helped put the race on the map, though in vastly different ways.

By August of 1982 15-year-old Ron Lechien of El Cajon, California, had established himself as the best amateur motocross prospect in the country. Nicknamed “the Dogger” (le chien means dog in French) Lechien was a Yamaha Support rider who was making waves as a kid who could go up against the factory stars and win. He’d already proven that in the hyper-competitive CMC Golden States Series, as well as Mammoth Mountain, where earlier the previous summer he had won the 125 Pro class at just 14 years of age. Lechien was a product of the same neighborhood—dubbed “the El Cajon Zone” by the magazines—that gave the sport Broc Glover, Rick Johnson, and Scott Burnworth, to name a few. Ronnie was already known on the East Coast as well because his father Dick Lechien, founder of Maxima Oils, had brought him back across the country to compete in the old AMA Youth Nationals the previous year at Rolling Hills in North Carolina.

When the new AMA Amateur Nationals were announced to take place in 1982, Lechien, still a year away from turning pro, decided to enter the qualifying portal on the West Coast, winning both his Area and Regional races. Then his father packed up the family’s box van and started across the country to see what this new race was going to be all about.

At the same time, the highly-influential Dirt Bike magazine editor Rick “Super Hunky” Sieman was also making plans to come see the new race at the home of the Coal Miner’s Daughter herself, Loretta Lynn. Sieman had been back east many times as well—he was originally from New York—and he was also friends with one of the Loretta Lynn’s race’s co-founders, “Big” Dave Coombs, my dad. It was Super Hunky who really put the Blackwater 100 race on the map by attending and competing in it often, and then writing hilarious stories of it being “America’s Toughest Race.” With Sieman coming to the ranch, I truly believe my dad thought he was going to get the kind of race report that would put Loretta Lynn’s on the map as “the world’s greatest motocross vacation.”

In 1982 riders were able to participate in as many as four different classes in the AMA Amateur Nationals. Today, they’re limited to just two classes. Lechien, at age 15, was able to race both 125cc Schoolboy Stock and Mod, as well as 125cc A Stock and Mod. He was heavily favored to win them all, and early in the week it looked like he would. For instance, he won the first two motos in the 125 A Mod, ahead of Michigan’s Ed Warren, Kawasaki Team Green’s top prospect. But in the third moto Lechien suffered a seized engine on the second lap, ending that title run. Lechien also win the first moto in 125 A Stock, but then it rained hard for the second moto, which played right into Warren’s hands, as every card-holding Michigan Mafia member knows how ride in wet (or even snowy) weather. Lechien burned up his clutch in the slop, and that was that. Turns out it just didn’t rain enough in El Cajon to get the Dogger ready to run around in the Tennessee mud.

The Dogger had better luck in his other two classes, sweeping the Schoolboy motos, though he could not hide his disappointment in losing the other two titles. The DNFs would not hurt his professional prospects, as Lechien soon had his first professional contract and joined Team Yamaha in AMA Supercross and the 125 Pro Motocross Nationals the following March after turning 16, the first Loretta Lynn’s graduate to get such a deal. Within a couple months he would became an AMA Supercross winner when he took the Orlando SX in the premier 250 class (the 125 SX races did not come along until 1985). One week later he would win his first 125 Pro National at Lake Whitney in Texas. From there he would go on to have an AMA Motorcycle Hall of Fame career, with wins in the Motocross of Nations, a 250 Grand Prix win at Unadilla, a 125 National Motocross Championship in 1985, and numerous more SX and Pro Motocross wins. Ron Lechien was the first Loretta Lynn’s graduate to make it as a professional, and it happened so quickly that it had an immediate impact on the race, luring other young riders from across the country to follow his footsteps to the ranch. Among the AMA Motorcycle Hall of Famers that would follow Dogger there are Jeff Stanton, Jeremy McGrath, Jeff Emig, the late Donny Schmit, Mike LaRocco, Trampas Parker, Bob Moore, Mike Kiedrowski, and Ricky Carmichael. (And soon to follow them will be James Stewart, Ryan Villopoto, Ryan Dungey, Travis Pastrana, and more.)

So what about that other visitor from California, Rick “Super Hunky” Sieman? Rick is a great guy and an excellent writer, and he also has no problem calling it like he sees it. At the ranch that first year, he didn’t like the fact that there were hills everywhere on Loretta Lynn’s Ranch, but they weren’t used for the track. And he didn’t like what the weather did to the river-bottom track, where the ruts got deep as soon as it got wet. In fact, he titled his Dirt Bike magazine report Slot-Car Racing in Tennessee: No Hills at Hurricane Mills. It went downhill from there. He did like the ranch itself, just not the race format. He also didn’t like the abundance of classes and riders that first year (25 classes and 983 total entries). He asked in his story, “Do we really need all of these stupid classes cluttering up a national?” And “What’s next? An 85 stock class with a dead bird taped to the handlebars?” And “How about a Vet’s Mini Sidehack Womens 40 to 50 Modified class?” That’s good stuff! But it did bum my dad and mom out a little bit when the magazine came to our mailbox.

Super Hunky bottom-lined it all this way: “Coombs now knows there absolutely must be changes in the format to make the National make sense. The location is excellent. Everyone liked the Dude Ranch and the superb facilities. The track can be made to work, even if the Nationals are limited to the same area. It will just take a great deal more foresight and tons of track preparation. Truckloads of sand would be a start.”

The thing is, Big Dave may have been bummed at the report, but he heard the fair criticism loud and clear. He went to work right away on the 1983 race, knowing the brand new race could survive a poor review the first time, but not a second one. Super Hunky’s harsh review was as important to the race itself as future superstar Ron Lechien’s presence. Neither ever came back—Lechien turned pro and Sieman switched magazines—but together they were the first stories to come out of Loretta Lynn’s.