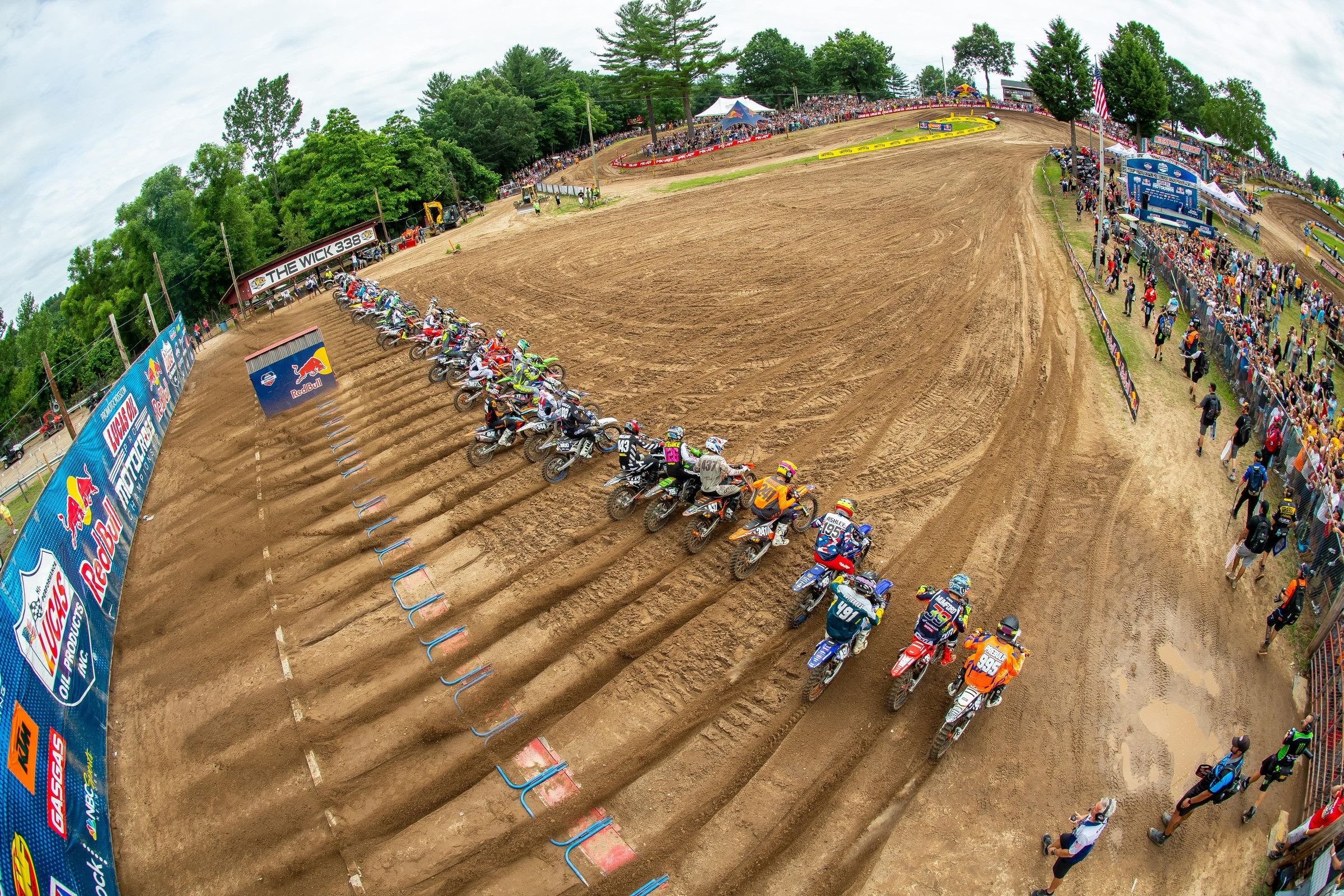 Former pro Jason Thomas spent a lot of years surfing the sand of Southwick’s The Wick 338. He was at the race this weekend to take a close look at the action. We fired off some questions and here’s what he saw.

You were on the premises watching. What caught your eye?

There was a crazy good battle for the lead in the second moto. Eli Tomac dropped his lap time to a 2:16 and reeled in Ken Roczen to take the moto win! It was an unbelievable ride by Tomac that wasn’t shown on TV. Sometimes the best battles are the ones off screen.

So much talk about the hard base under the sand. Was Southwick like that back in the ‘90s when you first showed up, or is this a newer thing? How does it compare to Florida sand that most of the riders are more familiar with?

It’s always been this way to a small extent, but I do think it could be more pronounced nowadays. The insides of corners have always been slippery but it’s not as sandy as it used to be. This is a normal dynamic for topsoil at a motocross track, though. Every time a rider exits a track with roost on himself or his motorcycle, a tiny fraction of topsoil has left the building. Over time, that has a residual effect. Unadilla was a great example of what can happen to a track if topsoil is not replaced.

What do you see from Eli Tomac when he is on—such as he was in moto two?

I-N-T-E-N-S-I-T-Y. His riding is completely different when he’s “feeling it” compared to when he’s not. His aggression, body positioning, enthusiasm, etc. are all different when things are going well versus when he’s floundering. The tell-tale signs are difficult to verbalize (I’m trying here) but as someone who has been around this sport his entire life, I know it when I see it. If you want evidence, go watch him in his first motos and see his form and then look at his aggression in the second motos. When he’s on, he is full send, full attack, aggression defined.

What did Hunter Lawrence do right?

Well, to start, he didn’t crash. This would have been the result at High Point if he didn’t throw the motos away. This 250 class seems to come down to who can minimize mistakes and who can’t. Hunter is a great rider and very confident in himself. If he can ever put the whole package together, he will win. A lot.

Lowest scores of the season for Jett Lawrence. It was his first time at the track. What are some of the things you have to learn that are unique to this place?

I don’t really think it was so much the track as it was the crash in moto one that skewed the results. He wasn’t fantastic but he was fine. If he doesn’t crash in moto one, he goes like 5-3 on the day (maybe better). His most valuable trait this season has been consistency. He hasn’t had a disastrous moto. Even moto one’s drama was salvaged, coming home in ninth. If he wins this title, it won’t be the good days that he can thank, it will be the off days that were so-so instead of a catastrophe.

Did you see anything crazy from the, ahem, unique New England fans?

Southwick fans are pure moto. Period. They haven’t had a national in two years and that’s just wrong on many levels. The only questionable event I saw was that the pit entrance was completely unmanned. Whether or not this was an intentional occurrence, a criminal act, an oversight, or simply a bathroom break will probably never be known.

RJ Hampshire. Seriously what is going on?

RJ can win every moto he lines up for right now. To win, though, he has to stay on two wheels. That is looking to be tougher than it sounds. It’s not complicated but appears difficult.

Was this possibly a step in the right direction for Cooper Webb?

He is improving. I doubt he’s getting the results he’s looking for but at least he’s trending in the right direction. If he keeps his head down and puts in the work, he will find the podium eventually. His effort to win the Monster Energy AMA Supercross Championship has left him unprepared for this Lucas Oil AMA Pro Motocross Championship season. That’s a fact and I don’t blame him for his priorities in effort. Now, he has to try to fill the gap between where he is and where he should be.

How does a rider's body feel Sunday after the Southwick National?

Other than maybe a bit of lower back soreness, most riders are probably fine. The track was smoother than most years because of the heavy rains and track crew’s hard work. I didn’t see anything from the track that would be over-the-top challenging on a fitness level. The temps were low and conditions were very good. This track was a breeze compared to what was offered in say, 2004.