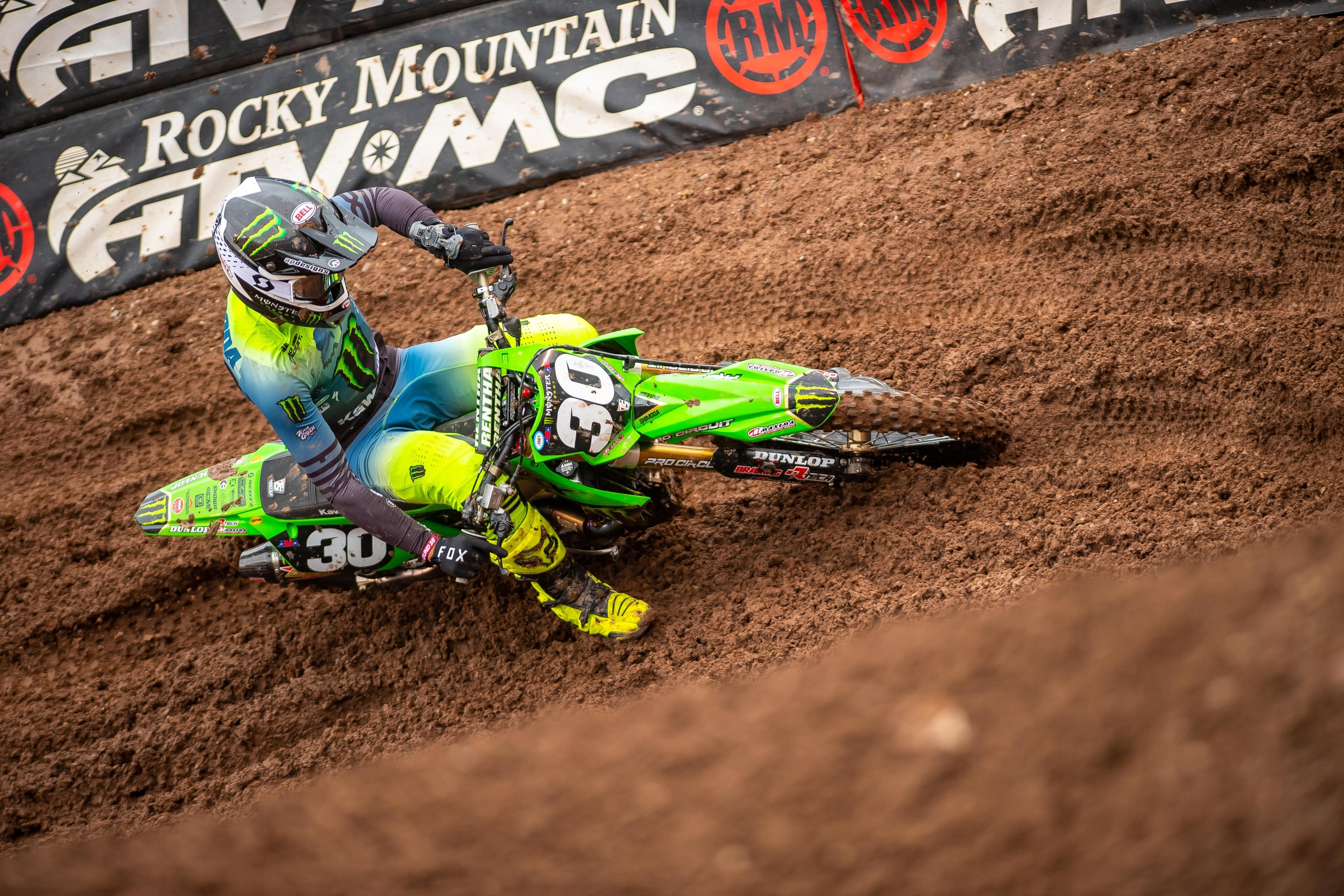 250 Words The Rebuild We Needed

Nine different riders won races in 250SX this year. Every one of those nine winners came into the season with one or zero career supercross wins before this season. Yes, nine race winners and not a single one had won multiple races in their career before! That’s what a rebuild process looks like.

Colt Nichols, Justin Cooper, and Christian Craig each had one career supercross win prior to 2021. Jo Shimoda, Jett Lawrence, Hunter Lawrence, Cameron McAdoo, Seth Hammaker, and Nate Thrasher were all first-time winners. Welcome to the new group in the 250 class.

When Dylan Ferrandis and Chase Sexton graduated to the 450 class for 2021, it created a rare case of two two-time 250SX Champions moving up at the same time. This left a power vacuum, especially since so many other long-time 250 class race winners like Adam Cianciarulo, Martin Davalos, Joey Savatgy, Shane McElrath, and Zach Osborne all moving out of the class in recent years.

The wins by these nine riders makes the class looks quite different. Riders that were considered merely prospects have become genuine contenders, and two riders continually on the verge have become champions. In the East, veterans Nichols and Craig went to another step of consistency and mettle. The oft-injured but always fast and talented duo had the pieces in place this time, and both won multiple races and looked to take the title fight down to the end. Nichols podiumed every race. Craig got hurt again, but his season was still more consistent than previous. Nichols now goes from solid rider to champion, and he’ll come into 2022 holding a red #1E plate and four career wins. It’s a lot different than the way his career looked before the season.

For the West, Justin Cooper had always been remarkably consistent during his pro career. Almost too consistent. Cooper started collecting second and third place finishes almost from day one as a pro, but wins someone eluded him. In fact you probably think it’s a typo that Cooper had only won one supercross before this season. But, hey, he’s only won two 250 Class overalls in the Lucas Oil AMA Pro Motocross Championship as well! This year’s challenge was to take that next step—not just contend but take a series by the throat. He won this year’s opener and then began to falter, but this time he reset, started winning again, and claimed the title. Like Nichols, Cooper will come into supercross 2022 with four career wins and a #1W plate. That’s a different look.

Then you have the noobs. Cameron McAdoo is much more of a household name now than he was before the season began. He was an attention magnet during the Atlanta week, so eventually everyone had an opinion on Cameron, from warrior animal to wounded animal. Regardless of what you think of him, we know everyone thinks something. McAdoo is absolutely on everyone’s radar.

Then there’s the Lawrence brothers. Wins seemed inevitable for Jett Lawrence and he came through with a couple, including the Dave Coombs Sr. East/West Showdown victory. The 17-year-old is taking the right steps toward championships—strong rookie year, race wins in year two. Title in year three? Expect heavy betting in that direction even if he’s battling the new #1s.

What wasn’t as expected was Hunter Lawrence. No one had really even seen him ride supercross, and his injury history indicated it could be an iffy prospect. Apparently not! Hunter won a race, he was consistent, and he looked very comfortable in a stadium setting. Hunter is now a genuine threat any time he lines up.

Jo Shimoda was starting to make a case for himself as a consistency guy. He was third in points last year as a rookie and second in points this year, but that was more due to others crashing out than Jo beating them straight-up. Was Jo just lucky, or was his consistency by design, a real asset and skill? He really needed a win to stamp his development, and he got one, even holding off his buddy Jett to get it done. Shimoda’s star is shining much brighter now.

Then, oh so many rookies. Hammaker wasn’t an all-time high profile Kawasaki Team Green kid, but he was fast immediately this season, won a race and scored some podiums. Then Nate Thrasher turned on the speed in Atlanta and won two races. Now you look at riders like Thrasher, Hammaker, Shimoda, and the Lawrence brothers and see a class filled with young, proven talent.