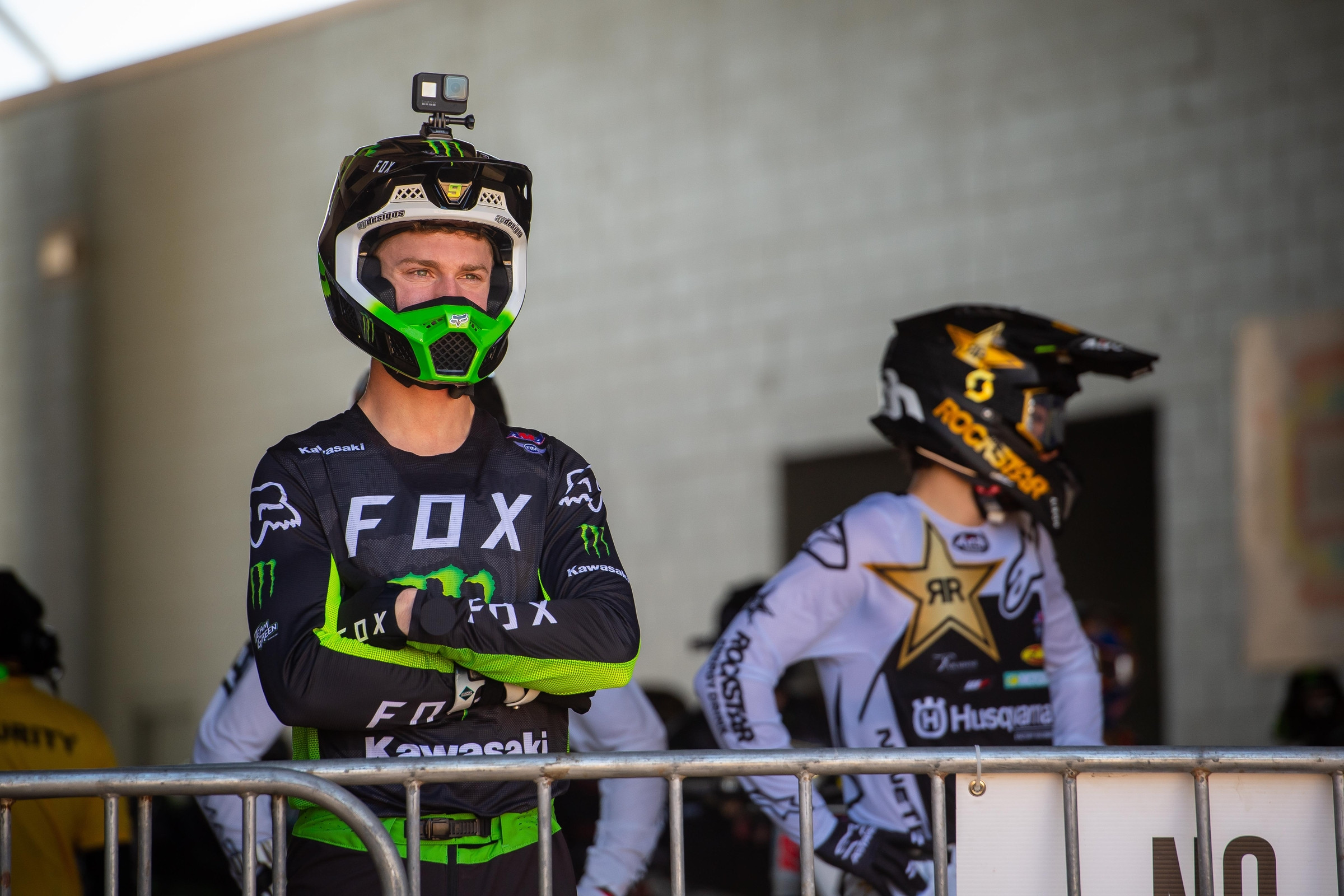 Redux Riders Out for Supercross

As the homestretch of the 2021 Monster Energy AMA Supercross Championship begins this Saturday at Atlanta Motor Speedway, riders on the injured list currently are now making the decision to forego the remaining rounds of supercross to be fully prepared for the Lucas Oil AMA Pro Motocross Championship. With just five rounds of racing left in four weeks’ time, the limited amount of time to be ready to race any of the remaining rounds is now slim and four riders were announced this week to be changing their focus to motocross.

Monster Energy Kawasaki’s Adam Cianciarulo, who suffered a broken collarbone at the Orlando 1 Supercross, took to social media yesterday to announce his intentions to skip the rest of supercross. Cianciarulo had broken his collarbone last year in Arlington and had a plate in his shoulder already when he crashed in Orlando this year and broke his collarbone just inside of where the plate already was. As such, he had to undergo surgery again to take the old plate off and move it to the new fracture. Cianciarulo does say he is properly healing and will get back on the bike this week but will unfortunately not make it back for supercross.

“It breaks my heart to say it,” said Cianciarulo. “I’m not going to be able to get back for the remaining supercross rounds. It really, really sucks. I’m a positive guy, you guys know me as a positive guy, but super tough to wrap my head around not being out there.”

Rockstar Energy Husqvarna’s RJ Hampshire suffered a dislocated wrist at Houston 3 earlier in the season and has since been in a cast the entire time. Having to go through multiple surgeries to repair some ligament damage, Hampshire recently had another surgery and began physical therapy last week. His attention has now turned to making sure he’s fully healthy for the first round of Pro Motocross.

“When I dislocated my wrist at Houston, I destroyed the ligaments holding those small bones together which is why I had to have the pins in for so long,” said Hampshire. “I had another surgery last week to remove the hardware and started therapy right after. Motion and strength is coming back fast, hoping to get back on the bike in a week or so.”

Monster Energy/Pro Circuit Kawasaki’s Austin Forkner also had crashed during practice at Houston 3, like Hampshire. In Forkner’s case, he snapped his collarbone in multiple places and quickly received surgery to repair the damage and have it plated. While Forkner has since returned to riding as of roughly three weeks ago, he told us earlier this week he was unsure if he would return to supercross this year or not. However, Kawasaki took to social media yesterday to announce that Forkner would join Cianciarulo on the sidelines for the remainder of supercross.

Monster Energy Kawasaki rider @AdamCianciarulo and @PCraceteam’s @AustinForkner will focus on preparing for the 2021 @ProMotocross season. Both riders are excited to get back to riding and looking to return to outdoors to race for a championship in their respective classes. pic.twitter.com/Y96OguD6aB

Red Bull KTM Factory Racing’s Max Vohland will also shift his focus to Lucas Oil Pro Motocross after dislocating his hip at Indianapolis 1. The dislocation was said to have been a “clean” one and Vohland was only off the bike for a little over a month before reportedly getting back onto his KTM roughly three weeks ago. Team Manager Ian Harrison told us on Tuesday that Vohland will not return for the last two rounds of the 250SX East Region in Salt Lake City and instead has already began testing for motocross.

The first round of the 2021 Lucas Oil AMA Pro Motocross Championship will see the gates drop on May 29 in Pala, California. Look for these four riders to be back behind the gate when that time comes.