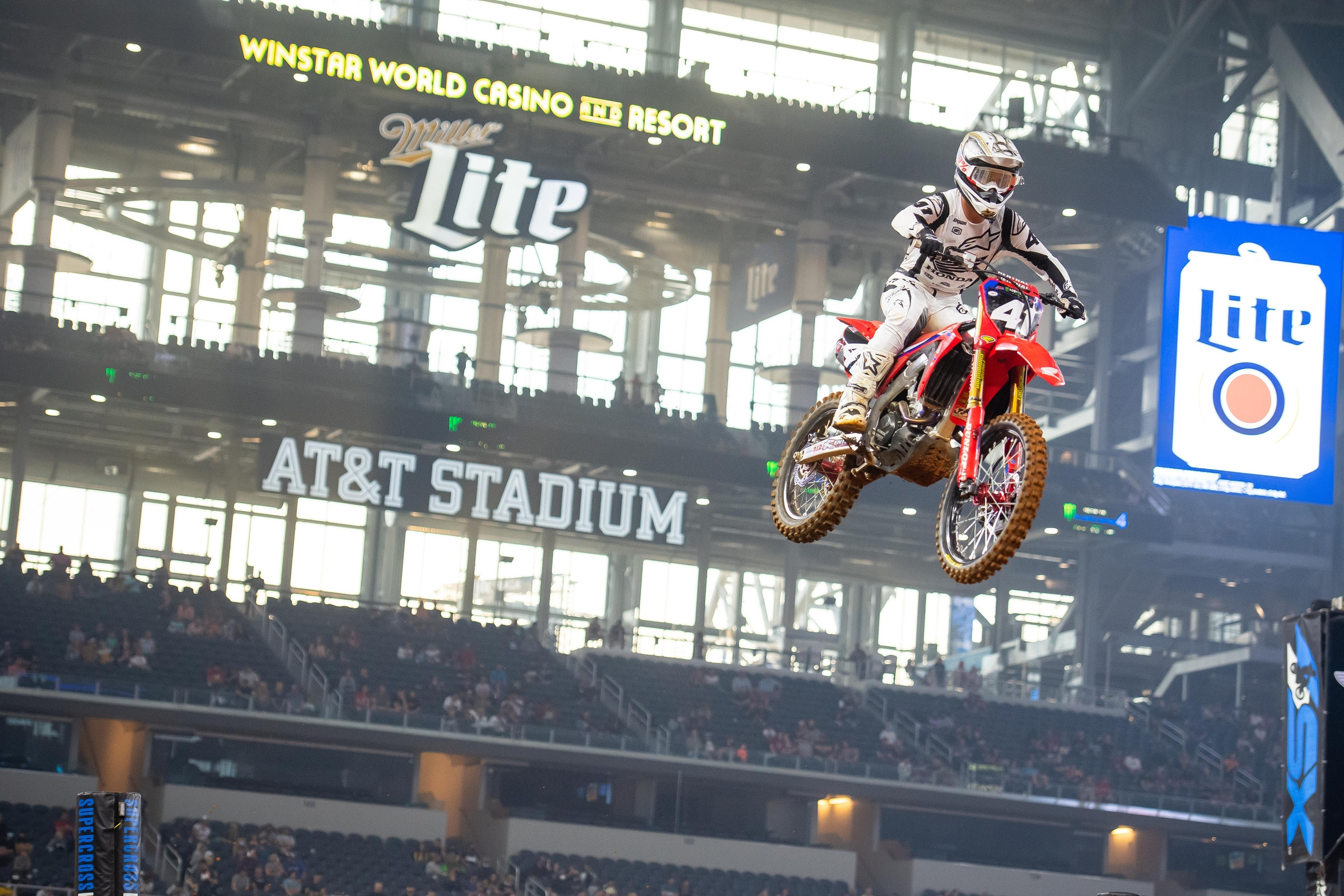 Almost exactly two years ago, we ran an article that looked at how many starts it took for riders to earn their maiden main event win in the 250SX Class of Monster Energy AMA Supercross. Back then, Dylan Ferrandis had just won his first 250SX main event at the 2019 Seattle Supercross, and two months earlier his teammate Colt Nichols earned his maiden win at the season opener. Since we posted the story in March 2019 there have been seven new first-time winners since so we figured it was time for an update.

Through the first 12 rounds of the 2021 season, there have been four new first-time winners (Cameron McAdoo, Seth Hammaker, Jett and Hunter Lawrence). The last time we saw four different first-time winners in one season was in 2016, when Joey Savatgy, Christian Craig, Aaron Plessinger, and Shane McElrath all earned the first main event wins of their respective careers.

Of the seven different riders to win a 250SX main event since Ferrandis, four of them earned their win after their tenth start (Sexton, Cooper, Marchbanks, and McAdoo). Hammaker and the Lawrence brothers earned their first win prior to starting their tenth career main event. Just like we did back in 2019, we’re looking at each rider who has captured a first 250SX main event win since 2009 and the number of starts it took them to capture that win.

Results are taken from the Racer X Vault and include the first 12 races of 2021 through the Arlington 3 Supercross.

And earlier this month, Clinton Fowler posted a feature on PulpMX.com about how these rookies compare to the top ten all-time winningest SX riders. So if you’re interested in the comparison, go read Fowler’s Advanced Analytics: First Time 250 Winners.