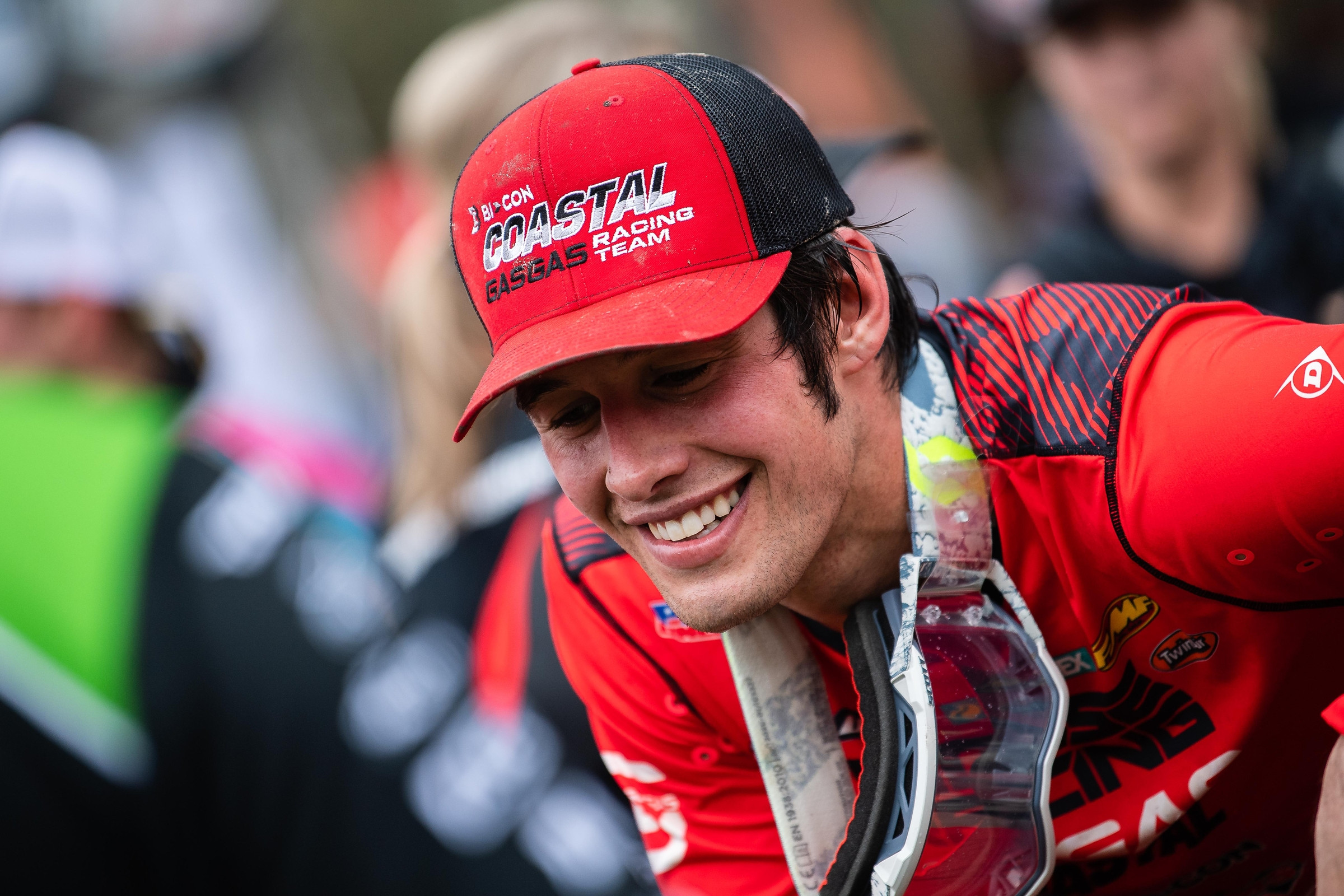 South Carolina’s Moree’s Sportsman’s Preserve would play host to the fourth round of the 2021 Grand National Cross Country (GNCC) Racing season, the Camp Coker Bullet GNCC. In addition to the numerous shooting and hunting activities, Moree’s Sportsman’s Preserve is also home to the Camp Coker Motocross facility, which was a legendary track in the Carolina’s that closed its doors over a dozen years ago but still exists on the property. The facility has quickly become a racer and fan favorite since it’s addition to the series in 2016, and this year it produced some of the tightest racing of the season. Here are a few things we learned at the Camp Coker Bullet GNCC.

As mentioned, Moree’s Sportsman’s Preserve plays host to the Camp Coker Bullet GNCC and this place is a beautiful piece of property. Numerous ponds are scattered throughout the facility and all of which offer great off-track opportunities. Whether it’s fishing for fun, fishing in Saturday night’s GNCC Fishing Tournament, swimming, or just hanging out by the water, there are plenty of ponds for everyone to enjoy. Also, if you pay a visit to the facility when there’s not an event going on, they offer up one of the best Sporting Clay courses you can find.

In the motorcycle world, the facility is actually best known for the Camp Coker Motocross track that used to play host to numerous motocross events for many years. From AMA D-29 Motocross events to Loretta Lynn’s qualifiers, ATVMX, and even more, the track held a legendary reputation for many years. Hank Moree, whose family owns the facility, was a legendary mini racer in the early days of Loretta Lynn’s and was an early Team Green rider. Hank still rides for fun, and after the facility has now hosted a GNCC event for the past six seasons it looks as if it’s given Hank a bit of motivation to breathe life back in the Camp Coker Motocross track.

Hank actually shared on Facebook that there seems to be some plans in place to open the track back up in the near future. Time will tell exactly what this all entails, but everything is still there just waiting to be revamped. All the jumps, the starting gate, the announcers tower and more are all still in place just like they were when the last race was ran there a dozen or so years ago. This could be cool to see as even Travis Pastrana said that Camp Coker was one of his all-time favorite places he’s raced!

There Was A Serious Battle For The Win

The lead duo of Steward Baylor and Josh Strang put together one of the closest races for the win we’ve seen all year. Through three hours and three minutes of racing, the biggest gap between first and second place was never more than ten seconds! These two seemed to switch the lead back and forth so many times that nobody seems to have an accurate count of exactly how many lead changes happened. If you go by laps led, Baylor would lead four of the seven laps while Strang led the other three.

Strang would lead them to the white flag with a six-second lead over Baylor, but Baylor would take over the lead on the last lap to take the win just around three seconds ahead of Strang. Then of course, in true Steward Baylor fashion he pulled out another sweet loop out across the finish line similar to last year’s Burr Oak GNCC, but this one was good enough that he didn’t even break the rear fender.

Shaking Up With Points Battle

With the win, Steward Baylor becomes the first repeat winner of the 2021 season and begins digging out of the points deficit he’s facing after missing round one and suffering a clutch issue late in the race at round two. At this point, nine rounds remain, and Baylor is undoubtedly on a mission to find his way into that points lead, which is actually still held by Ben Kelley.

The past several years the series has been all about winning as many races as possible, thanks to Kailub Russell. This year the field has become really deep, and it appears that consistency is going to play a big key in the battle for the championship. In GNCC Racing, the championship is based off the overall points, which ALL riders in the PM bike race are racing for. If you’re an XC1 class rider and miss a round or suffer a mechanical issue that leaves you out of the race early, you’re scoring NO championship points as you have to finish inside the top 20 overall for points.

Yes, overall includes all the XC2 and XC3 classes, plus it’s not uncommon to see some A class riders crack the top 20 on occasion as well. This came into play at Camp Coker as Johnny Girroir and Lyndon Snodgrass finished third and fourth place overall, respectively. That means Jordan Ashburn and Ben Kelley, who finished third and fourth place in the XC1 class, actually ended up with fifth and sixth place points. Kelley holds the lead with overall finishes of 6-1-2-6 to start the year. Josh Strang sits second with overall finishes of 3-2-9-2. Round one winner Grant Baylor sits third place with additional finishes of two fourths and a seventh.

Girroir On The Gas in XC2!

So far this year Johnny Girroir has been the man to beat in the XC2 class. After Mike Witkowski claimed the opening round win, Girroir has gone on a tear winning the last three rounds. At Camp Coker he would have a pretty good challenge from Lyndon Snodgrass as the duo would exchange the XC2 class lead several times throughout the race. Eventually Snodgrass would finish second with defending XC2 champion, Craig Delong, rounding out the podium in third.

With four rounds down, Girroir has pulled out a 13-point lead over Delong in the XC2 class point standings. Witkowski sits third, 28 points out of the lead after a disappointing 13th-place finish in the XC2 class (39th overall) at Camp Coker. The next round sees a return to the Big Buck Farm, which played host to the opening round of the season and is a venue that Witkowski has won at the last two times the series has visited the Big Buck Farm. This could set up a close and exciting race in the XC2 class and tighten the hunt for the class championship back up once again.