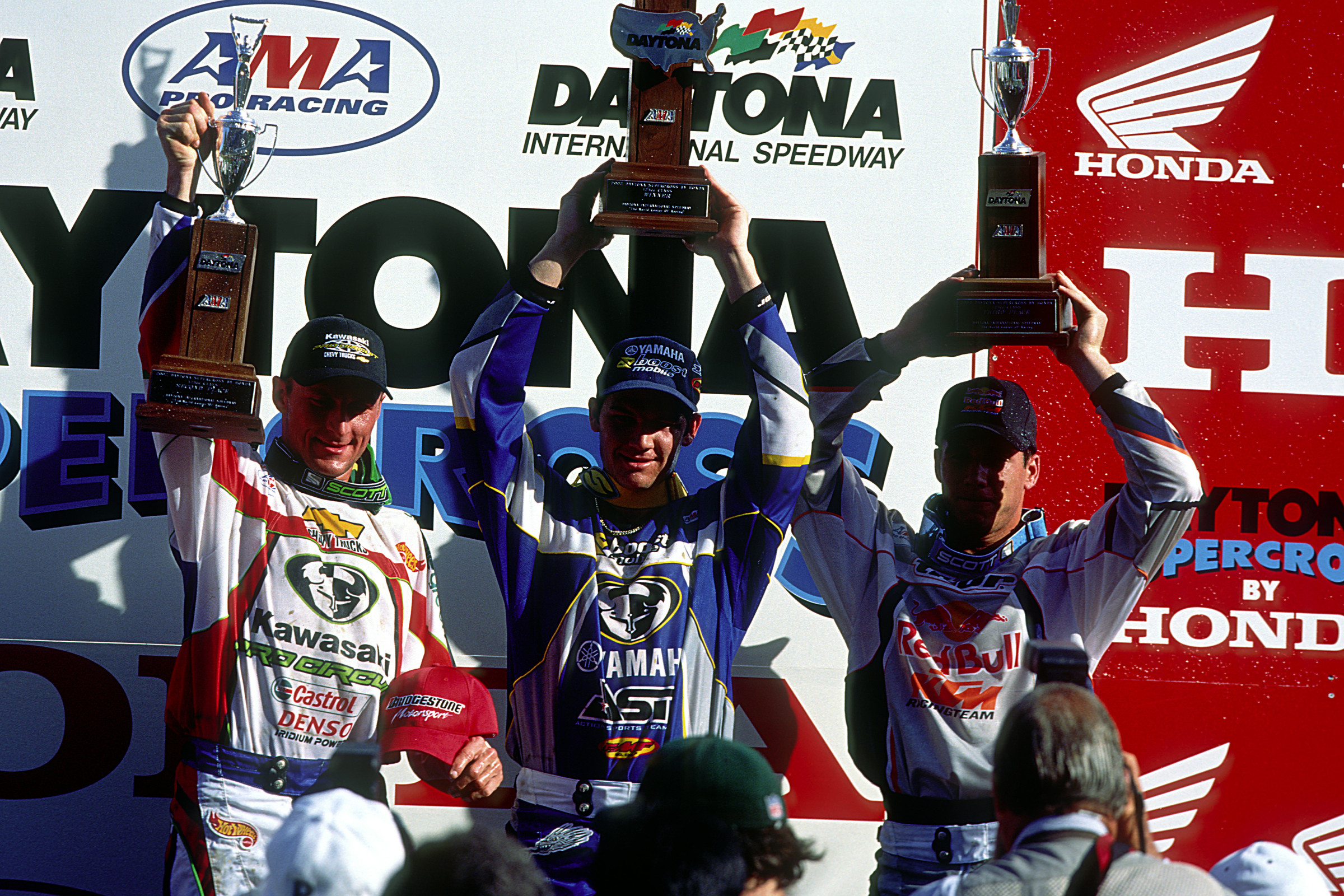 Editor's note: This article initially ran on March 20, 2021, but we pulled it back to the top to bring back this cool piece for some off-week reading.

Ever since the early 1990s, when French riders began an exodus to America as they followed in the footsteps of Jean-Michel Bayle, international riders have found a lot of success in Monster Energy AMA Supercross, especially in the 125/250SX division. Since the mid-nineties foreign-born racers have taken 15 titles in the small-bore division of supercross. But the beginning was not easy at all for them. In the first eight seasons of the class, 1985 and 1992, non-American racers did not reach a single podium. (Note: Bader Manneh was actually born in the Palestinian Territories of the Middle East, but his family emigrated to California shortly after he was born.) The situation changed drastically in 1993. Since then, non-American riders have been able to get podiums every season, with 2021 counting as the 29th consecutive year. Besides U.S. riders, there have been 13 other nationalities represented on the podium of 125/250SX.

The number of podium riders from abroad is now at 30, as last Saturday it was the Australian Honda rider Hunter Lawrence who became the 30th non-American to step up on the podium. Also, Hunter Lawrence's win on Tuesday night at Arlington 2 marked the 100th main event win in 125/250SX for international riders. The first was again Mickael Pichon, going back to the 1993 San Diego 125SX.

All told, non-American riders have collected 279 podium results going back to the first one in 1993. The first international rider to get to the podium was the Frenchman Mickael Pichon. “The Rocket,” riding a Pro Circuit-kitted Honda, finished second in the third round of the 125 West SX division, held in Seattle on January 30, 1993.

The non-American rider to get the most podiums was another Frenchman, Stephane Roncada. “Ron-Ron,” who was the 125SX East Division champion in 2000, got 27 podiums in all.

The foreign nation to get the most podiums should be no surprise. It’s Known for their own Bercy Supercross as well as their embrace of the U.S. invention of stadium motocross, the French have sent nine different riders to the AMA 125/250SX podium, for a total of 124 podium results.

The non-American rider to get podiums riding the most brands is also Martin Davalos. Marty has gotten podiums riding aboard five different brands: KTM, Husqvarna, Kawasaki, Yamaha and

Finally, here are the non-American riders to get podiums (by nations)