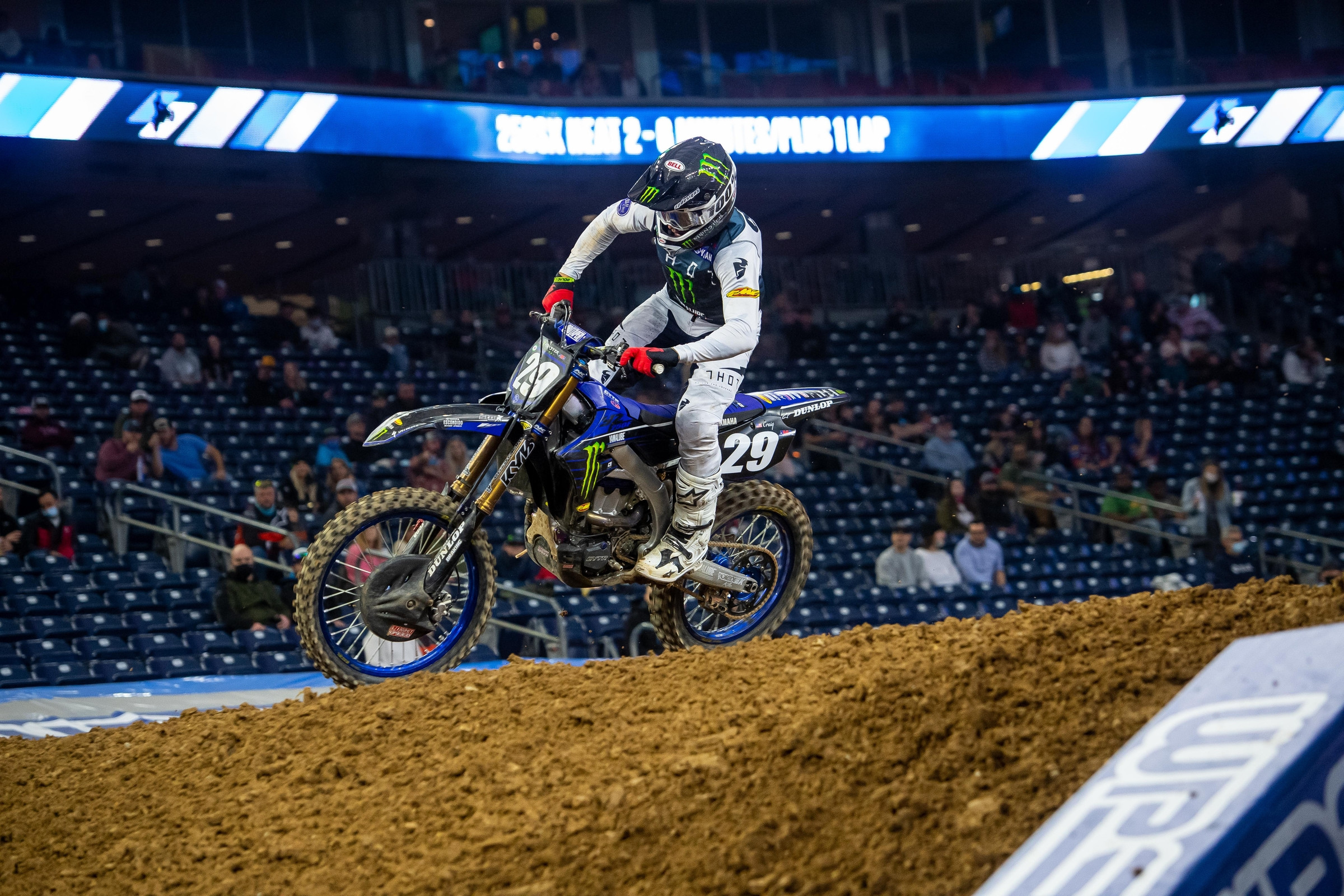 While leading the first 250SX main event of the 2021 season, Christian Craig slightly misjudged a line and clipped a few Tuff Blox that nearly pulled him to the ground. The moment came just a few laps after Craig had passed RJ Hampshire for the lead and looked to set off at the front for what would be his second career victory.

Clipping the bales was a minor blip in an otherwise perfect race for Craig who kicked off the season in style. Unfortunately for Craig, he’s had his fair share of misfortune while leading a race or battling at the front that has likely cost him a few more victories to his career tally. He would, however, quickly put this one behind him and continue on to win the opener and take the points lead into the second round this Tuesday.

The main event was not the only time all day that Craig had some troubles. While leading his heat race, Craig tucked the front wheel of his Monster Energy/Star Yamaha Racing machine, relinquishing the lead in the process. He was able to catch and pass RJ Hampshire again to take the heat race victory as well.

For a closer look at Craig’s near miss, take a look at 0:42 in this highlights video courtesy of Monster Energy Supercross: