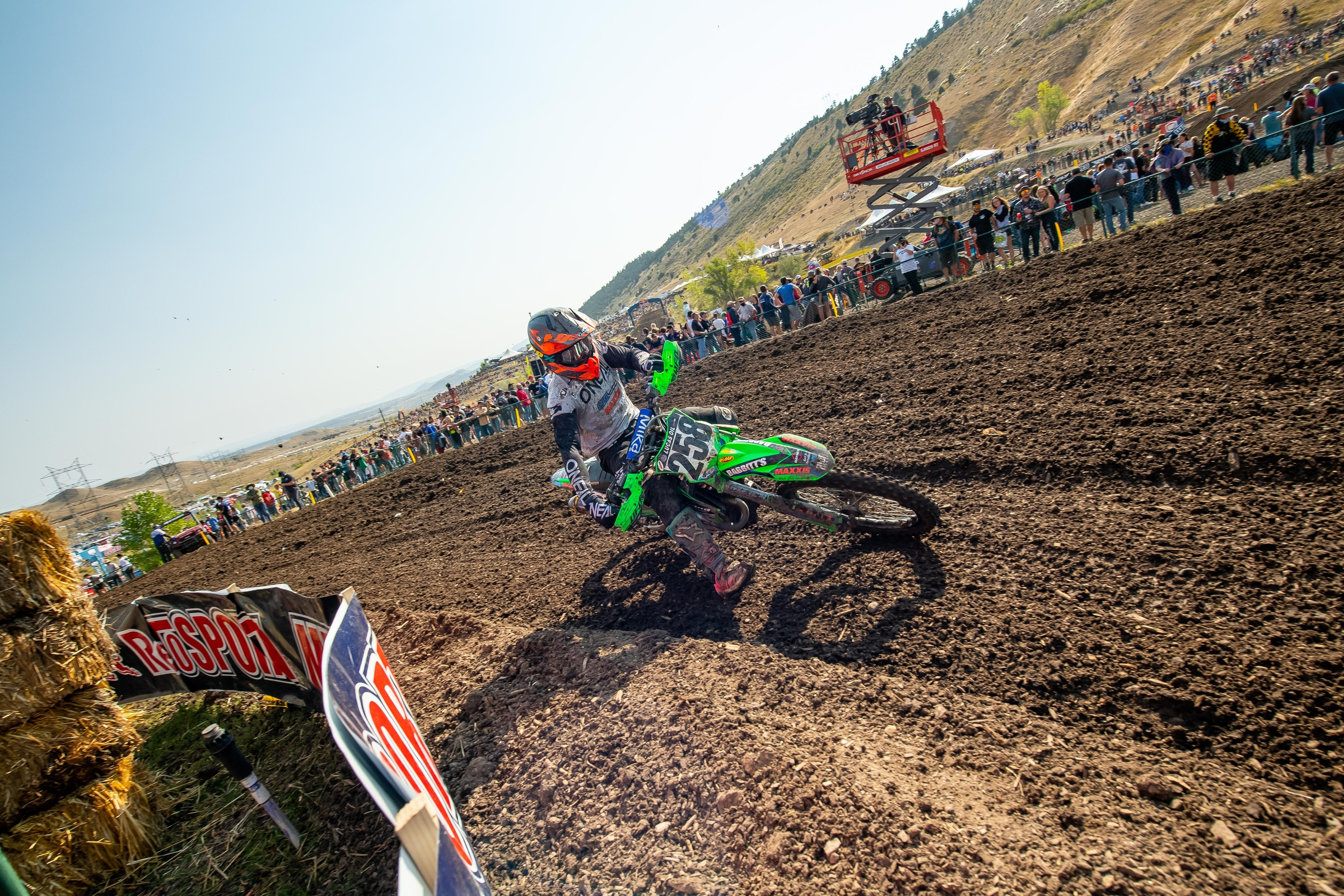 Justin Rodbell was without a doubt one of the summer’s biggest surprises. The SGB Racing/Maxxis/Babbitt’s Kawasaki rider was outstanding over the summer and ended the season 16th overall in the premier class of the Lucas Oil AMA Pro Motocross Championship. Now, with supercross approaching, the privateer is working hard in Florida preparing for his first full season of supercross. What can Rodbell--one of the great personalities in the pits--do indoors? We caught up with him to get an update on how things are going.

Racer X: What’s happening, what’ve you been up to?
Justin Rodbell: I’m fulltime in Clermont, Florida, now, and working with Tyla Rattray. We’re just working our asses off, there’s not much more to it. We ride four days a week, cycle two, and we’re in the gym two days. It’s full on. It’s like a job. I get up at six, eat breakfast, warm up, and go to the track. I love it and I’m having a lot of fun riding. I’ve made a lot of progress in supercross the past couple weeks too. Tyla had a brand new supercross track and everything’s been going good. We have a good group of guys too. Justin Starling is down here training with us, Lane Shaw, Jeremy Smith just got down here, Jordan Jarvis is down here, Max Sanford, it’s a good group. We’re all privateers, and we work hard to get it done.

Do you guys get competitive out there?
Yeah, oh yeah! Everyone wants to be the fastest dude. We’re not saying that to each other, but deep down inside, that’s how it is. You get to the track, you want to be the fastest dude. And if you’re not, you’re like, “Okay, how can I be [the fastest]?” But I just follow Tyla’s program, I think we’re about three-and-a-half weeks in, and I like it. It’s helping with what I feel like I was lacking this last outdoor season. I trained a little bit off the bike, but it wasn’t much and I still did pretty well. So I was like, “Man, if I put in the work… Let’s see what happens if I do it full on.” I’m young, why not try? I’ll be racing the 450 Class, and everyone knows that class is stacked to the brim. There are 20 guys who are unreal.

Even just making it into the main is a huge accomplishment in that class!
Yeah! People have asked me what my goals are, and it’s like, if I can make maybe a main, that’s my goal. Nothing crazy. I just want to be in the mix in the night shows. If I can get good starts and get my name out there, that’s my goal. There are 17 rounds and I think I’ve raced maybe four in my whole life. It’s going to be a big step for me.

What made you want to jump straight into the 450 Class?
Well the original plan was to do 250s, but I talked it over with the team and the sponsors I have, and man, it costs so much to ride the 250 Class. And I already have 450s. I have two of my own I’m practicing on here in Florida. I would have liked to ride some 250s, maybe in the East [Region] and out West [Coast] ride a 450, but it didn’t quite work out. And honestly, I’ll make more money riding the 450 Class. Someone like me, I’m not making a salary. I have to show up at the races, that’s where I make my money.

So this is the first time you’ve trained for supercross in earnest. Can you talk about the learning curve so far?
I’ve practiced on supercross tracks before in Australia, but not really in America. I’ve ridden at South of the Border, but here in Clermont, this is a full spec supercross track. There are two sets of whoops and they’re big. I’m learning. The whoops are probably everyone’s biggest thing getting into supercross. I never go around them. That’s my thing, I hit them every time. Never go around, hit them every lap, no matter what. I’m learning and I think I’m making pretty big strides. Jason [Butschky] from SGB came down this week and we got a different shock. We’ve made a lot of progress with suspension and it’s coming together. I’ve got about a month until the first round.

You’re going to blink and that time is going to be gone.
Yeah, it’s right around the corner, especially with the holidays. It’ll be tough but I’m looking forward to it. I think it’ll help me big time going into outdoors next year too. I think my results will be a lot better than they were last year, just because I’ll have been racing all year and will be going into the outdoors in shape and ready to go.

Speaking of the outdoors, you did great. Are you riding any of that momentum into supercross or have you put that in the rearview and focused completely on this next chapter?
The outdoors and supercross are completely different animals. I wouldn’t say I’d be on the high horse until the outdoors come back around. When they do I’ll be like, “Let’s go, I’m ready!” But right now, let’s working on getting supercross dialed in and getting my feet wet. I don’t have any high expectations, but I think it’ll go fine. There are a lot of good dudes in that 450 Class. It’ll be interesting.

Well I’m sure you’ll be all right. It sounds like you’re going into it focused.
Yeah, we’re working. I grew up, as a kid, looking up to Tyla Rattray. That dude is gnarly, he just worked hard. He’s good to have around, and it’s good to have people to ride with and motivate you. And tomorrow, we’ll wake up and go for an hour-and-a-half road bike ride. It’s good, it’s boot camp. You wake up in the morning sometimes and don’t want to get out of bed!