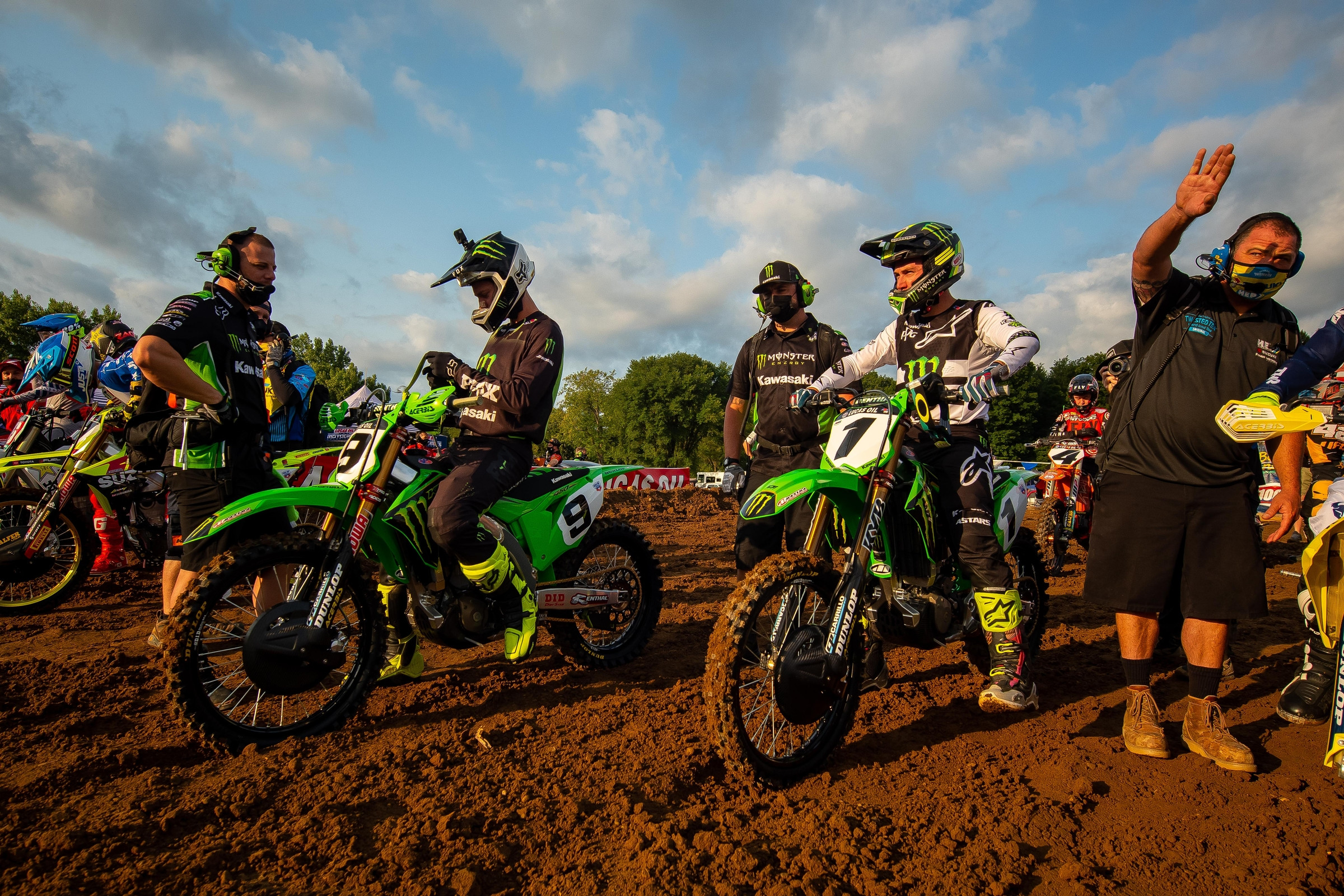 450 Words The One Percent Pressure

It’s one of my favorite debates. Ricky Carmichael, Ryan Villopoto, and Ryan Dungey retired early from this sport, thus setting the “guys retire early” narrative into effect, with a lot of that blame placed squarely on the gnarly work ethic and training of those riders. Plenty of that heat goes in the direction of Aldon Baker, who was trainer for all three riders when they said no mas.

That storyline doesn’t work for me. The “guys retire early” angle can only be placed on those three. That’s it. Everyone else either keeps on racing, or, gets forced out with injury. But retire due to burn out? Three guys in 15 years, and they were the only three riders who built up big championship win streaks during that time. What burned them out? The pressure to keep winning titles.

Villopoto has spoken about this plenty of times. Once he made winning supercross titles the only acceptable standard, he knew even one bad race—merely a third, or a fourth, would leave people asking, “What’s wrong?” As a matter of fact, I actually wrote, “Is something wrong with Ryan Dungey?” after he took some fourth place finishes in 2017. After all, fourth seemed like a drop, since Dungey once podiumed in 31-straight races over 2015 and 2016. That’s nearly two whole seasons inside the top three in every race. We’ve come to accept perfection as attainable. Carmichael did it time and time again outdoors. We’ve come to expect that for the best guys, bad races don’t happen, and getting beat by even one rider is cause for panic. So when Dungey went from nine race wins in 2016 to three in 2017 (with one win gifted to him by his teammate Marvin Musquin) you could see the drop, even if it was just a 1 percent or 2 percent difference.

It all culminated in a dramatic, combustible 2017 Monster Energy AMA Supercross title chase, and Dungey retired right after winning it. I believe there were several factors there—Dungey had broken his neck in the summer of 2016 and surely had calculated the risk/reward ratio at this point, but pressure was a big part of all of it. We now hear rumors that Dungey, three years free from that kind of pressure, is even considering making a racing comeback. Physically, you could imagine he’s still young enough and fit enough to do it. But most importantly, he won’t return to racing carrying the pressure of win-or-something-is-wrong.

Eli Tomac lives in that space these days. Tomac’s Lucas Oil AMA Pro Motocross Championship season hasn’t been bad. He has an overall win from round three in Indiana, and while he sits in a big 47-point hole, you can blame a lot of that on a mud race at round two. Weird stuff happens in a mud race. Give him even an average day there and he probably erases half his deficit. Maybe he’s 20 points down with eight motos to go. Seems manageable. But athletes at the point of the spear, where Tomac lives, get judged by a different set of standards.

This isn’t about points. Tomac has one moto win in ten motos this year. Last year he won five of the first ten. This year’s 450 pack remains super strong after 10 motos, so it doesn’t take much for even a three-time and defending champion to go from legendary “Beast Mode” race wins to the 4-5-2-7 scores he grabbed at the RedBud double header.

This whole thing could be credited to the rest of the field, like Zach Osborne and Justin Barcia stepping up and rookies Adam Cianciarulo and Chase Sexton making a splash. Marvin Musquin has returned largely at his old level. Then you have Blake Baggett with his typical out-of-nowhere moto win. This field is tough. Then, combine that with a menu of other topics. The stretched season might be pushing riders to the brink, physically and mentally. Tomac might be dealing with the supercross hangover that often causes a drop in performance. Maybe the changed schedule has resulted in cooler weather, which negates some of Tomac’s usual late-race endurance edge. Also, Tomac’s starts have been bad. He’s overcome that in previous seasons, but any rider who starts in the pack is riding the razor’s edge to avoid getting caught in wrecks. He got caught in an early moto two crash at RedBud, which led to a seventh. Eli had finished second in moto one. If he holeshots moto two, does he win the overall, and thus change this conversation dramatically? If he doesn’t get knocked down in the first turn in the mud at Loretta’s 2, does he have an easier race, and thus get his bike across the finish instead of taking a DNF?

These are the tiny, small, percentage points arguments between winning titles and coming up short. It’s the arguments that make sports-talk radio hum, fans debate, and athletes sweat. It happens in all sports. For Tomac, it’s even more ridiculous because his 2020 season is already his best ever, since he finally snagged that elusive Monster Energy Supercross Championship. And yet, he’s right back in the thick of it, because the expectations never go away for championship-proven athletes. It's completely unfair, but a close playoff loss gets blamed on the quarterback or the coach, or the star player, never the role player. In racing someone in the pack can drop considerably one year to the next. No one notices. Any sign of daylight at the top, though, and everyone is ready to pounce, starting with the competition itself.