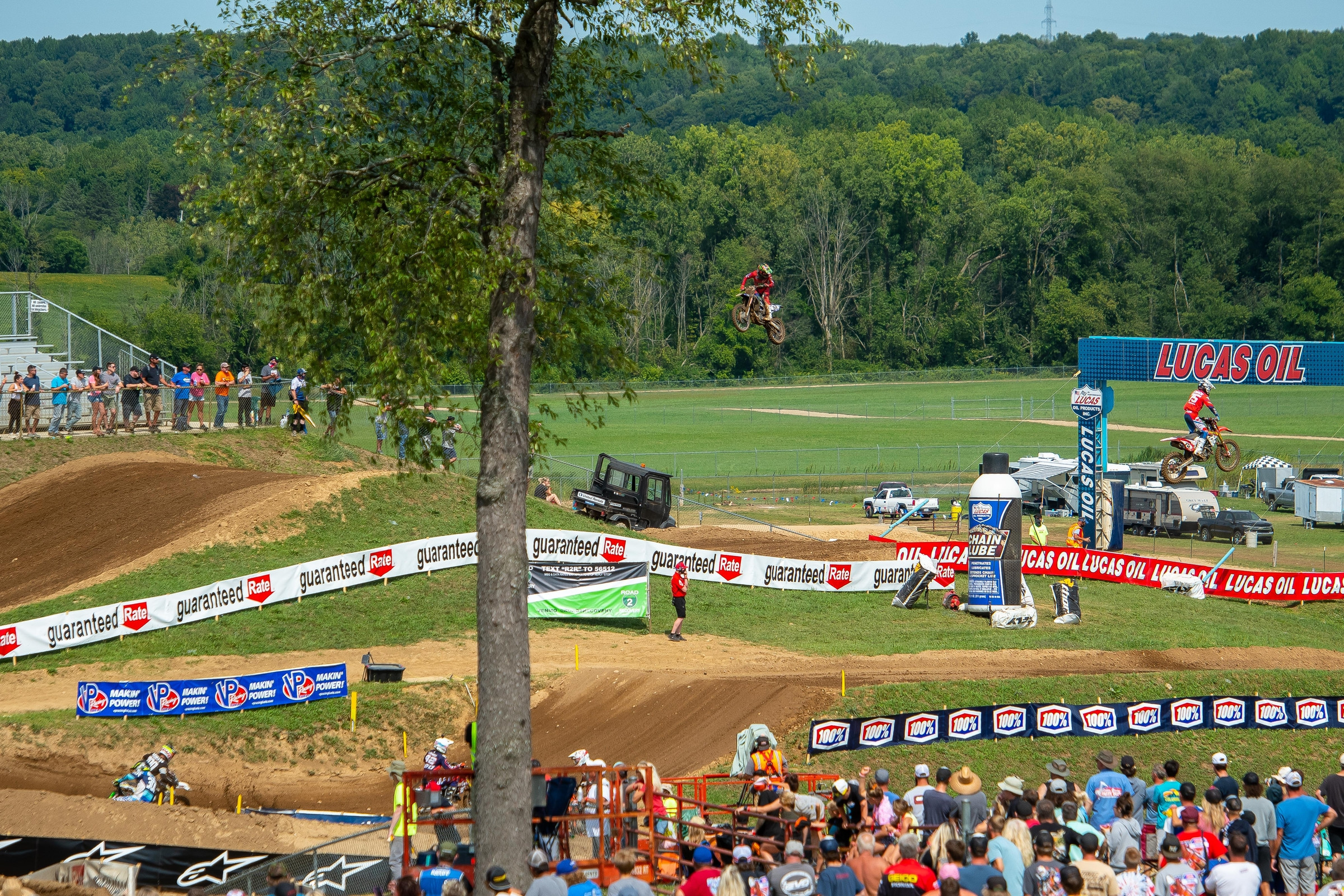 Redux News and Notes From RedBud 1 and 2

Jeremy Martin swept both 250 Class motos for his third consecutive overall win. The win was Martin’s 17th overall win of his career, which gives him sole possession of sixth all-time, and this was also the sixth time in his career he completed a sweep of both motos. The last time he swept both motos was the 2015 RedBud, when he raced for the Star Racing Yamaha team—over five years and two months ago!

In his season debut, Ty Masterpool holeshot the first moto and led the first nine laps of the first moto. The Monster Energy/Star Racing Yamaha rider finished the moto third to earn his first career moto podium, as he barely held off Jett Lawrence for the spot. Masterpool finished 13th in the second moto to earn eighth overall on the day. Check out what Masterpool did when he pulled the holeshot:

In the 450 Class, Zach Osborne pulled off a moto sweep of his own (his first in the premier class) to take his fourth overall win of the season. Osborne holeshot both motos and led all 17 laps in each moto. In the first moto, Justin Barcia charged from 24th on the first lap to finish sixth, earning him the Deltran Battery Tender RC Hard Charger award. Barcia edged out Honda HRC’s Christian Craig by 0.255 seconds at the checkered flag. The pass was huge because at the end of the day, Barcia’s 6-2 moto finishes earned him third overall. This was the first overall podium of the year for the #51, the 24th of his premier class career. The podium finish was also Barcia’s 70th top-ten overall finish in the 450 Class, which leads all active riders.

Cianciarulo’s moto one and two highlights:

Alex Martin’s highlights from the day:

Gif of the Day (Friday)

Alex Martin made his 130th start. The Minnesota native finished 8-9 for ninth overall. Shane McElrath earned his fourth career moto win in the first moto. Again, Jett Lawrence and Ty Masterpool went at it for the final moto podium spot. This time around Jett held on for his first moto podium. Masterpool fell while leading the race but still took fourth. He was impressive in his first two rounds of the season. Masterpool led 22 laps in the four motos in Michigan.

RJ Hampshire finished 2-3 to earn his second career overall win. Hampshire’s win comes two years and 20 days (or 751 days total) since he won the Budds Creek National on August 18, 2018, aboard a GEICO Honda.

“I honestly I wasn’t sure until I saw Zacho over there and he said, ‘Yeah, you did it!’” Hampshire said. “Man, this is special…I gotta celebrate with my family tonight…it’s been a lot of ups and downs but stoked to be here and stoked to be on top.”

While there have only been three overall winners in the first five rounds, there has been six riders with at least one overall podium finish:

The premier class saw Adam Cianciarulo collect his first career 450 moto win when he took the checkered flag of the day. Cianciarulo was leading the second moto until a tip over while passing a lapper dropped him to third place behind Osborne and Blake Baggett. Baggett would go on to win the race, his first moto win since the 2019 High Point National (his fifth career 450 moto win). His 6-1 earned him second overall on the day—the tenth overall podium of his career and the first since the 2018 Thunder Valley National (June 2, 2018) over two years ago.

Adam Cianciarulo went 1-3 for his first overall 450 win in his fifth start. Stats man Clinton Fowler pointed out that Cianciarulo and Osborne have been out in front of the pack most often through five rounds. AC is third to Osborne in points, but second in several other statistical categories.

Check out more of Fowler’s work from the race on PulpMX.com’s RedBud 2 National advanced analytics post.

Through five rounds (ten motos), there have been seven different riders who have taken a moto win:

While there have only been three overall winners in the first five rounds, there has been eight riders with at least one overall podium finish:

Check out the highlights from AC’s footage:

Shout-out to privateer Henry Miller for finishing the first 450 moto without a seat, rear fender, or side number plates! Miller finished the moto 24th, then finished 13th in the second moto to earn 16th overall.

And how about Ty Masterpool absolutely hucking LaRocco’s Leap on his YZ250F!?

Gif of the Day (Monday)

Bloss suffered an ankle injury in the first RedBud event. He was unable to go when Monday rolled around. He stated in an Instagram post he hopes to be able to race the Spring Creek National.

“Had some issues with my ankle from a crash on Friday, tried to ride on Monday but we decided to not race. Doing what I can to be healed up and ready for Millville!!”