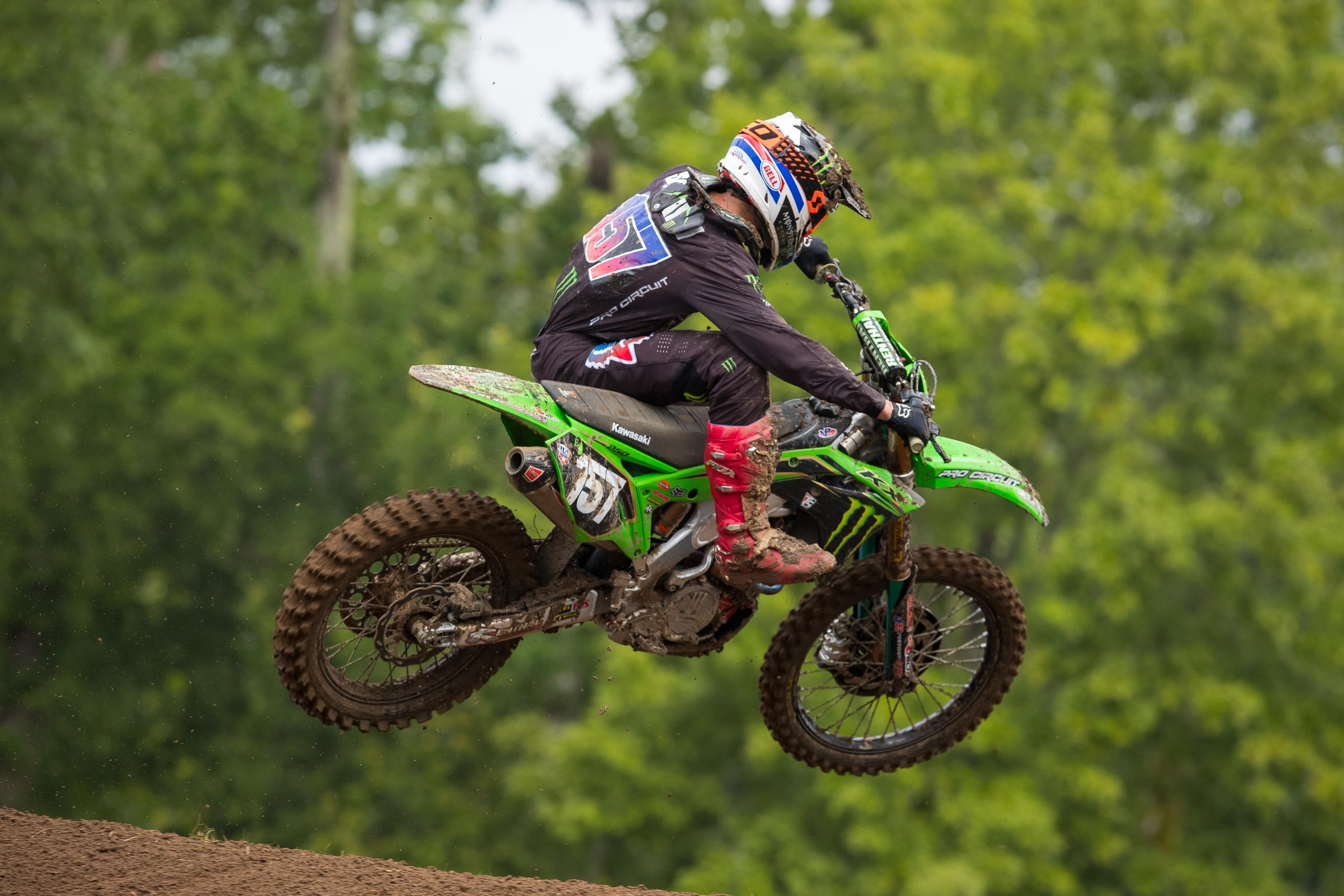 Comment: Hand is out for the season with a fractured scaphoid.

Comment: A dislocated wrist is currently keeping Plessinger off the racetrack. In the meantime, Broc Tickle is filling in for him.

Comment: Roczen will miss Lucas Oil AMA Pro Motocross due to nagging health issues he’s been dealing with for quite some time. In January, Roczen revealed he’d been dealing with Epstein-Barr virus, and was battling shingles during the Salt Lake City leg of supercross. Christian Craig will handle fill-in duties this summer while Roczen recovers.

Comment: After experiencing severe pain at the season opener, it was discovered Webb has several herniated discs in his back, an injury stemming from his big crash in Dallas. He’s out for the season.

So the news is out. About a month ago I had a practice accident where I re injured my back in the same areas as Dallas. We got it checked out and at the time it was 2 bulged disks. We were able to manage the best we could with riding an training the last month with good and bad days. Well Saturday during practice 2 I had a crash that upset my back and as the day went on it got worse and worse with moto 2 being a disaster. Well Monday I got checked again and we found that I have 3 herniated disks in my back as well as a torn nerve and bone contusions on my sacrum and both iliac joints. With that being said I need to rest my back and doing the proper procedures to make sure my back is fine for the rest of my career. Thank you to all my sponsors for the continued support. I’m pissed off but in racing s*** happens and I will be determined as ever in 2021 to get back on top

Comment: Forkner is back on the bike after a supercross crash resulted in injuries to his pancreas, liver, kidneys, and spleen. Part of his pancreas, and all of his spleen, were removed. He’s likely out for the season.

Comment: Frye tore his ACL in February. He’ll miss some races, but still plans on making his pro debut at some point this season.

Comment: Lawrence’s shoulder popped out during the first moto at Loretta Lynn’s 2. The hope is that there’s no damage. He’ll ride this week to confirm, and as of now, the plan is to go racing at Ironman.

Update: On Friday, August 28, Hunter posted to Instagram saying: "A lot of thought, evaluation and calculation has gone into the decision and i will give my 100% to race this weekend."

Comment: Marchbanks is currently out due to injuries sustained during supercross. He’s working toward getting back on the bike, but he’s likely out for the season.

Comment: Masterpool is working on being ready to race at some point this season after breaking his leg in June. Judging by the following edit from his Instagram, he’s coming along pretty well.

For the Stunt... little edit from the last vlog 😤😤😤 If you haven’t already full vid on my YouTube link in my bio VC @shanepederson #4jesse

Kevin Moranz – BANGED UP | IN

Comment: Moranz crashed during qualifying at the opener and got banged up. He plans on returning this weekend.

Comment: Mosiman, who will miss Ironman due to a concussion, will reevaluate his condition with the team after round three.

Comment: Nichols underwent surgery to repair damage to his hand suffered in supercross. Currently there is no specified return date, although it’s hopeful we’ll see him back this season.

Comment: Smith is out for the season due to a torn ACL suffered at Daytona.

So happy to be back riding! Just taking it easy and still keeping my feet on the pegs but it feels great to have two wheels back under me again! 🤘🏼🤘🏼🤘🏼

Comment: Sanayei crashed at the opener and popped his shoulder out. He’d hoped to return to racing at Ironman, but at time of posting the word was that he’d sit the weekend out and come back for the fourth round.

Comment: Swoll is currently out with a “mild concussion.” He’s week-to-week but will miss Ironman.

Comment: Tapia suffered a major crash in early August while riding at Fox Raceway in Pala, California. The crash resulted in fractures to his C6 and C7 vertebra that required emergency stabilization and surgery. Though Tapia does have feeling throughout his body, he still has no muscle control of his left leg. Road 2 Recovery has established a fund to help out with Tapia's medical bills.