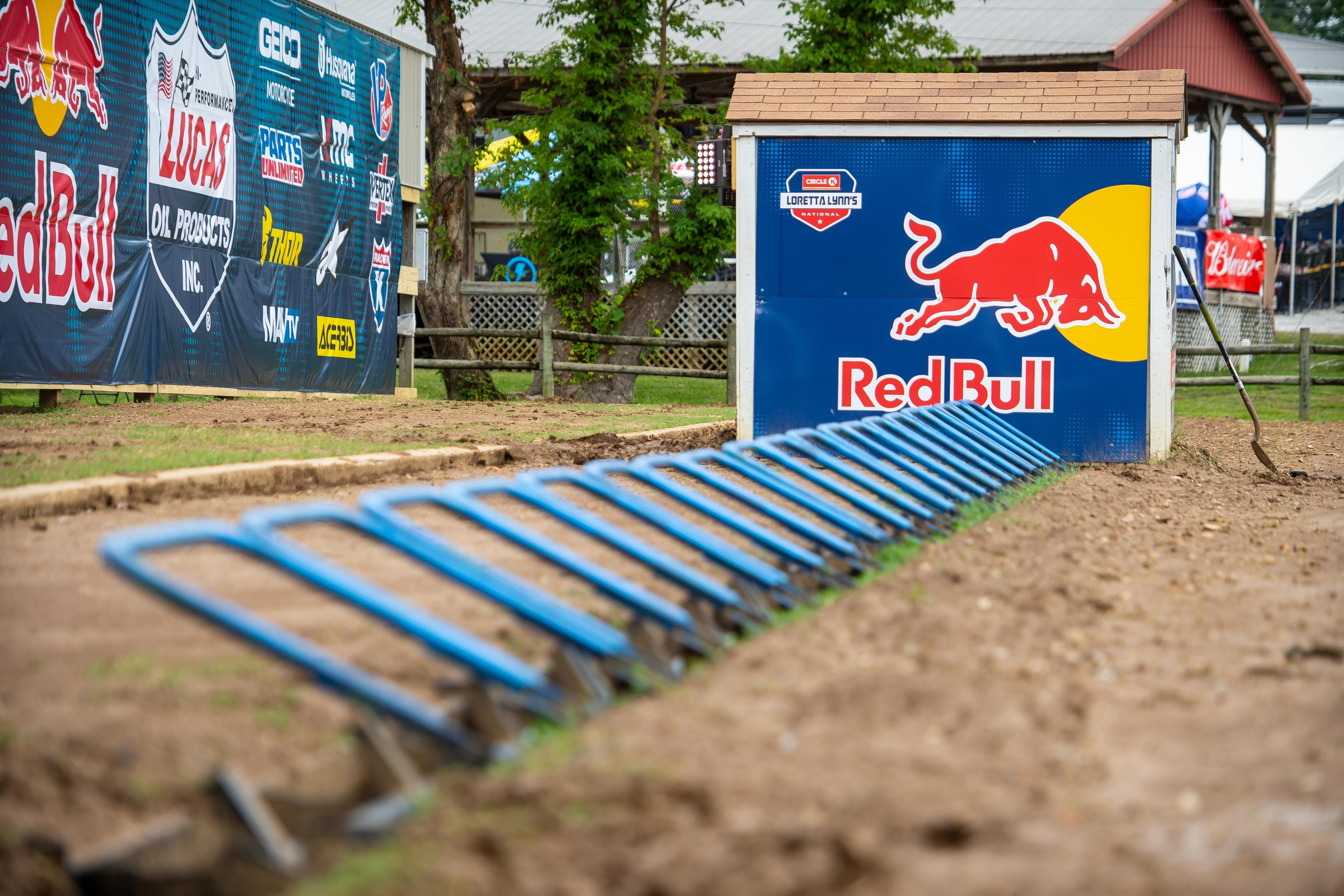 Adam Cianciarulo has a way of making dazzling debuts. He won his very first supercross (250SX East Region) race in Dallas back in 2014 and was even putting together a quality title run that season before injuring his shoulder. He also won his first race aboard the 450, the 2019 Monster Energy Cup, after a tremendous battle with Eli Tomac, and nearly won the first supercross race of 2020 after going to war with Justin Barcia at Anaheim 1. Well, he’s got another big debut coming up this weekend at the first round of the 2020 Lucas Oil AMA Pro Motocross Championship. It could go any number of ways, but knowing Cianciarulo, it's going to be exciting. –Aaron Hansel

If your favorite color is red, don’t worry, there’s another big name making the jump to the 450 class this weekend. Chase Sexton, who is also making his debut with Honda HRC, will line up in the premier class on Saturday, marking his first national on a 450. There are plenty of videos out there of Sexton putting his big Honda through the paces, but we’ve never seen him ride a 450 in actual competition, making it tough to predict how things might go for him this weekend. We know he’s got skills, but he’s also lining up against the biggest names in the sport. Where will he end up after jumping into the fray this Saturday? -Hansel

Back in the Game

It’s been a while since we’ve seen Joey Savatgy race, thanks to a broken heel suffered in Australia before the 2020 Monster Energy AMA Supercross season even began, and we’ve never seen him launch out of an AMA gate on his latest piece of machinery, the JGRMX/Yoshimura Suzuki Factory Racing RM-Z450. That’ll change this weekend when Savatgy dons his race gear and heads out for battle for the first time in 2020. Savatgy put in some pretty impressive rides in 2019, his first year on the 450, but then again, he hasn’t raced in a very long time and almost certainly will be dealing with a bit of race rust. We’ll see how much when the gate drops. -Hansel

🙏🏽 waited to go racing for what’s felt like years. It’s about go time

The Champ is Here

Eli Tomac has had his ups and downs, but if there’s one thing you can almost always count on from the Monster Energy Kawasaki rider is his ability to light the burners and go supersonic at the nationals. He’s very good at the Lucas Oil AMA Pro Motocross Championship season-opener too, having never finished off the box at the first round since joining the 450 ranks. And thanks to winning the last three 450 Class Lucas Oil AMA Pro Motocross Championship titles, he’s poised to join Ricky Carmichael as the only rider in history to win more than three consecutive national titles in the premier class. Will the champ immediately begin forging his way deeper into the history books at Loretta’s, or will a new challenger get in his way? -Hansel

Jordan Jarvis attempted to become the first female to qualify for a pro national several times last year, and while she came very close, was never able to quite seal the deal. Well, 2020 is a new year, and Jarvis, who’s coming off perfect results in the Women’s class at Loretta’s, is set to make another go of the Lucas Oil AMA Pro Motocross Championship this weekend. If she succeeds, she will always be remembered and celebrated as the first woman to make it into the show, but for her personally, it will be a massive accomplishment as Jarvis the racer. -Hansel

With 2019 250 Class Lucas Oil AMA Pro Motocross Champion, Adam Cianciarulo, now competing in the 450 Class, the division is wide open for a new leader to stand up and take ownership. And while there are a host of names who could do it, the first one who comes to mind is Dylan Ferrandis, who exchanged several wins with Cianciarulo last season and finished second overall. He’ll have Shane McElrath to contend with though, who has been vocal about his intention to win a title in his last year on a 250. McElrath also doesn’t have a ride lined up yet for 2021 and winning a national championship would boost his stock greatly. Don’t expect these teammates to give each other an inch when the gate drops at Loretta’s. Also, if GEICO Honda’s Jeremy Martincan return to his old form, the 2014 and 2015 250 Class Lucas Oil AMA Pro Motocross Champion could easily be running at the front of races this summer. -Hansel

Marvin Musquin is without a doubt one of the best riders of all-time who hasn’t won a national championship or premier class supercross title. In fact, he hasn’t finished outside of the top three in the last seven 450 championships he’s entered! He missed the entire 2020 supercross season with a knee injury so he might find himself knocking a little dust off his boots at Loretta’s since he will have last raced over 357 (last year’s Ironman finale), but he’s still without a doubt a contender for this championship. We’ll see how he’s able to assert himself on Saturday. -Hansel

Bless The Rains Down in Loretta’s

It wouldn’t be a race series in 2020 if it didn’t start with something gone awry keeping us from a gorgeous day of motocross racing. After heavy rain Thursday evening and now much of Friday to keep press day from going off, the attention turns to whether the track can hold its water well for Saturday’s racing action. Fortunately, it does seem the rain will have moved on by race time, but the damage may already be done to the racing surface. -Kellen Brauer

Twisted Tea HEP Motorsports Suzuki rider Max Anstie makes his 450 class debut in AMA Pro Motocross on Saturday after years contending for an MX2 and MXGP Motocross World Championship. The Briton was sidelined during Monster Energy AMA Supercross with an Achilles injury but has had plenty of time to ramp back up to full health for this weekend’s action. Anstie brings an impressive pedigree to the table with clear motocross prowess that may well translate into some head-turning performances. Keep an eye for an unfamiliar yellow front fender poking its way into the mix this season. -Brauer

The rookie contingent in the 250 class this year features the likes of Jett Lawrence, Jalek Swoll, Pierce Brown, Derek Drake, Jo Shimoda, and more riders who took the opportunity to race a few rounds of Lucas Oil AMA Pro Motocross Championship last year. But there are completely fresh faces like Stilez Robertson, Mason Gonzales, and Dilan Schwartz who have the unique opportunity to race the Monster Energy AMA Amateur National Motocross Championship and the entire Lucas Oil AMA Pro Motocross Championship in the same year. Normally, the amateur race at Loretta Lynn’s falls too late in the year for riders to race Pro Motocross and remain eligible as an amateur. Now they can really show what they have for the whole championship and maybe even gain some extra confidence heading into their first full pro season in 2021. -Brauer