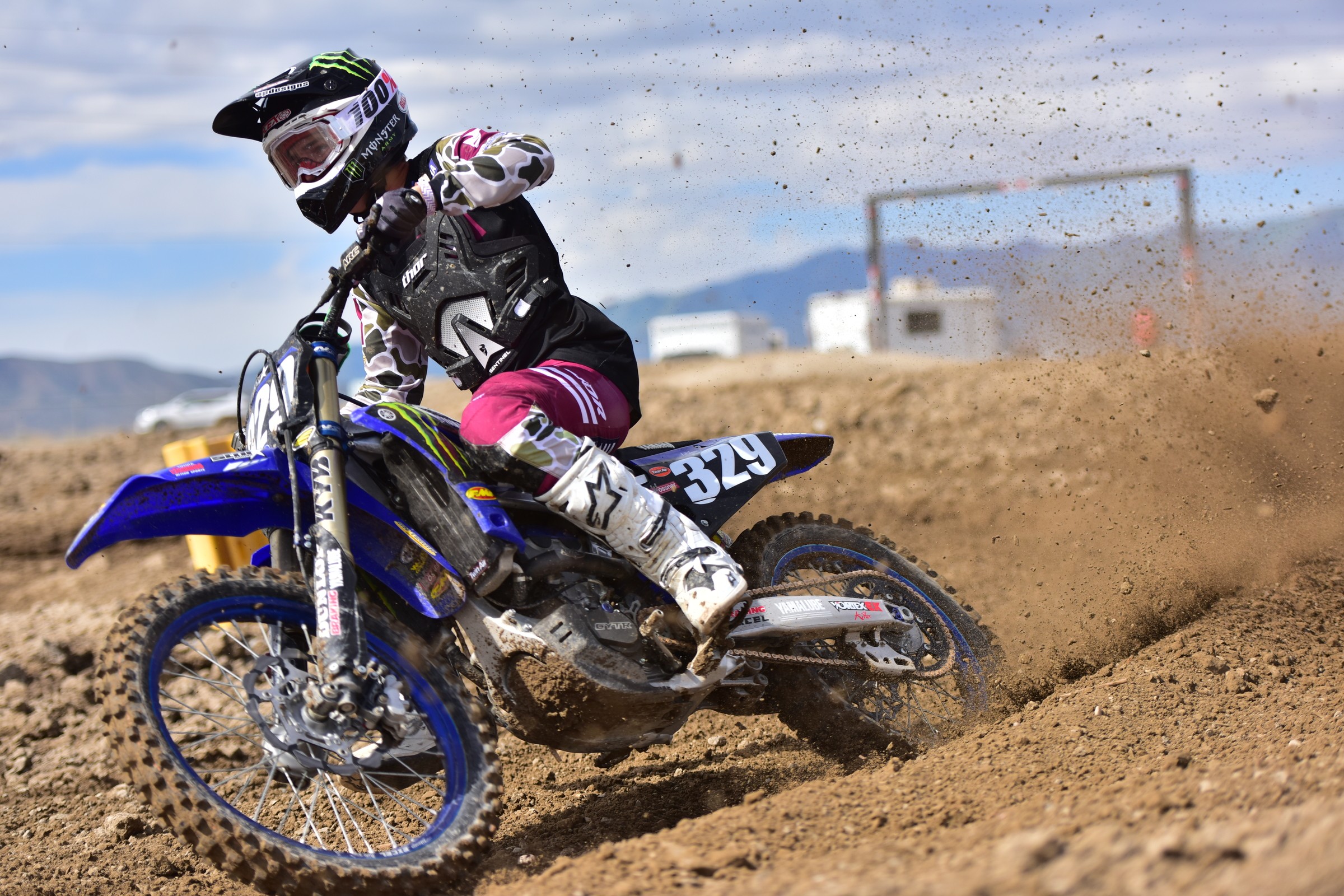 Racer X: We’re back to racing now, how did it go in Utah for the regional?
Matthew Leblanc: It went good, I rode 450 B, 250 B, and Schoolboy 2. I think I got fourth in all of them. This weekend I’ll be going to Pala to try to get a better finish and more time on the track racing. It will also help improve my AMA power rankings score. I think the more people that show up and the better you do, the better power ranking you have. It’s weird how it works. I guess however many people are in a class, however many people race, the better you do your power ranking. So I’ll race Pala this weekend.

How did your deal with Star Racing come about?
Bobby Regan has been watching me and I’ve been talking to him since I was on 65s. Then I had a couple really good races in a row and they approached me at Mini Os in 2017. I always looked forward to being on the team and wanted to be on Star. So it was an instant yes from me. I got on the bike as soon as possible. As soon as I signed with Star, I’d say within six to eight months they had me out in California.

So you live in Southern California now. Where are you from originally?
I’m originally from Louisiana, but when I was about ten I got homeschooled, went to Georgia to train with Nario Izzi for two years, and then I went to MTF [Millsaps Training Facility] for three years. Then two years ago I moved out here.

How has SoCal been compared to other places?
I like it. The program that Star has and everyone within it really work together well. Everyone is pretty much like family. The trainer, Gareth Swanepoel, he’s awesome. Wil Hahn pretty much takes care of everything for us. Everyone really works well together. I really enjoy it.

Do you hang out with a lot of other riders since everyone is in the same area?
I have my circle and I keep it small. Pretty much everyone on the Star team. That’s about it. Besides teammates there’s Pierce Brown when he’s out here, that’s pretty much it.

What are your goals for Loretta’s?
The goal is to win both classes. I want to push myself more all around. Positive attitude, all that. I feel like I just held myself back and I need to start pushing myself more every day. Besides that, everything’s going pretty good.

Hitting any outdoors after the ranch?
It was originally in my plan to go outdoors after Loretta’s this year, but with my recent injury, we’ve decided as a team that it’s best to stay amateur one more year and then we’ll do the last three rounds of outdoors next year.

What have you been dealing with this year?
So within the last year I’ve had a couple injuries. Two pretty major ones. In November I broke my collarbone and had to have surgery for that. Then in February I broke my back and ankle. So I’ve recovered for the most part. I’m struggling with my ankle a little bit, but besides that I’m pretty much at 100 percent.

How did you get into racing motocross?
My dad used to ride for fun, trail ride and stuff. My older brother was just a local racer. Then I got my first bike at two, and then just kind of rode locally. Went to my first race at five. Then after that it was just kind of like an every weekend thing. Then when I was six, we went to Freestone for my first national. Then after that we kind of just got into everything and stuck with it. I was seven when I went to Loretta’s for the first time. I think I got 10th.

Do you remember what it was like to go to such a big event at that age?
Not really. I think I was just more pumped to be at the track with everyone and go to the creek and stuff. I was always the kid to enjoy being at the track and just not really pay attention to riding too much. I was just always having fun in the pits.

Who do you watch or look up to the most that’s currently racing for riding style?
Riding style, I’d probably say [Jason] Anderson, and then just motivation and always going for it I’d probably say Justin Cooper and Dylan Ferrandis. Just crazy to watch them every day just give it their all. It’s pretty cool. I ride a lot with Justin Cooper, Shane McElrath, and Colt Nichols.

How is it training with pros versus amateur kids?
It’s cool to be able to watch them put everything they have out almost every day. It’s crazy just how fast they can go and how smooth they are. It definitely helps me out a lot just to be able to read off of what they do and better myself.

When you think about turning pro, is there anything about race day routine that you see being different than racing big amateur events? Like the press, the atmosphere or pressure?
I think for maybe the first couple definitely, but I think I’ll get used to it pretty quick. For the most part I think everything would kind of be the same for me. I think I’ll enjoy it a little bit better with having a set schedule and knowing what’s coming up next and everything. But for the most part, I don’t think anything will change too much.