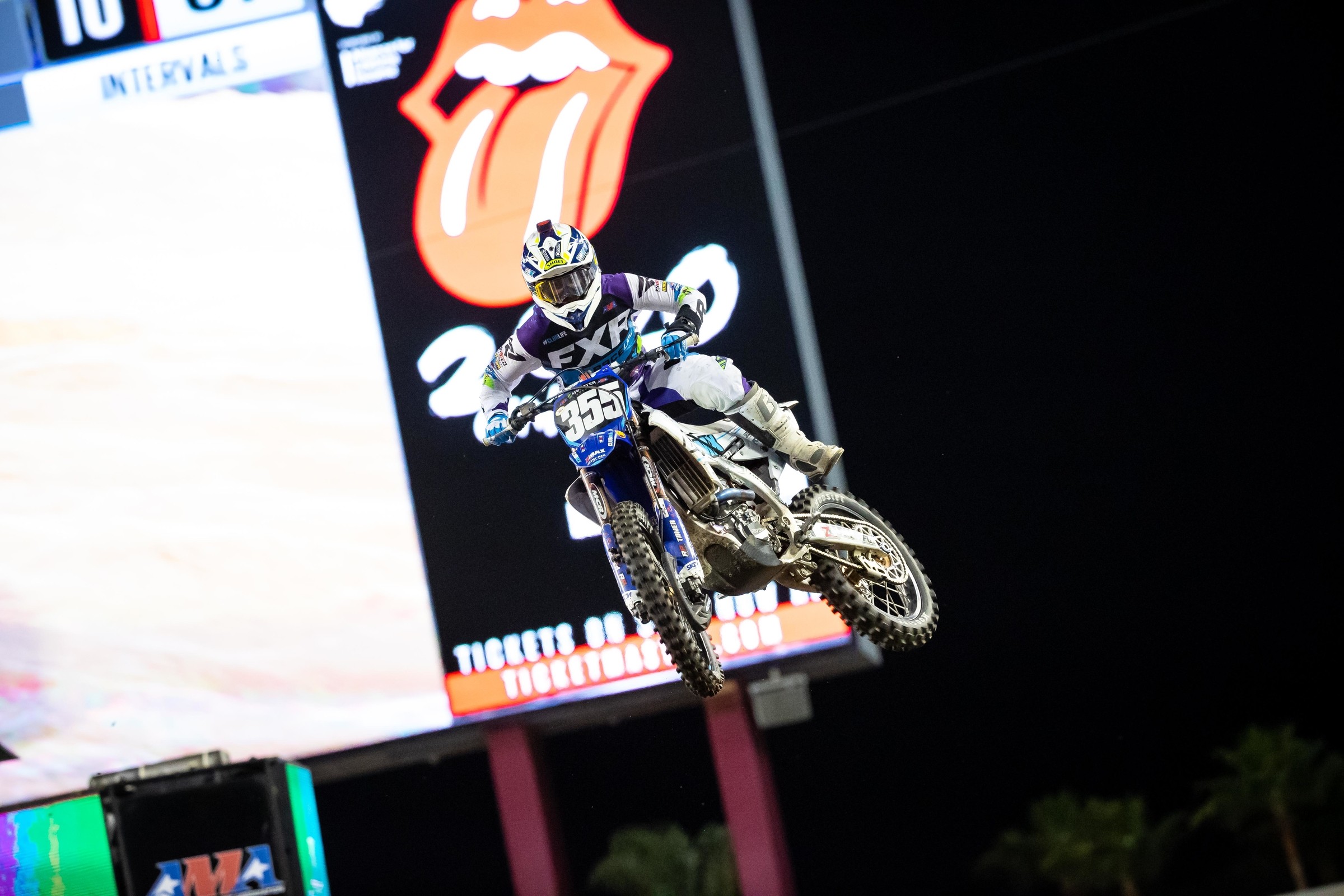 The 2020 season of Monster Energy AMA Supercross got off to a great start for Joey Crown. After failing to make a single main event in 2019, Crown burst out of the gate hard in Tampa, making the main and taking eighth place, which he backed up a week later with a seventh overall at the Triple Crown in Arlington. Unfortunately, Crown broke his collarbone and sustained a concussion on press day in Atlanta, abbreviating the beginnings of an impressive sophomore effort. We caught up with Crown to see what he’s been up to during the break, and how his recovery is coming along.

Racer X: Joey, how’s it going? What have you been up to?
Joey Crown: Not a crazy amount. I’ve been building mountain bike trails at my house, driving RC cars, working on dirt bikes, and biking here and there. That’s pretty much it.

How much riding have you been doing?
Unfortunately not any. I started back riding about two weeks after I crashed and everything was doing fine. Then I started getting pretty bad headaches when I was riding and I’ve been dealing with that since, just trying to get that figured out. I was hoping it’d be figured out by now, but I’m still dealing with it. I’m just trying to recover from that.

Wow I thought it was just a broken collarbone, I didn’t know you had a concussion too.
I didn’t really say anything about my concussion. They usually take a couple weeks. But sometimes they’re worse and you have to pay attention to them. But I definitely didn’t think it’d keep me out this long. My shoulder healed up in like two weeks, but then everything shut down. I was like, “Okay, more time to recover.” But my head just kept giving me issues.

Is it just when you get your heart rate up?
At first it was, but now it seems to be okay. Yesterday I got my heart rate up to 160 or so on a road bike and it felt good. That was an improvement. Mainly now it’s things that are jarring. Mountain bike riding gives me headaches. It sucks. It limits me to road biking and stationary bikes, but at least I’m able to do things to stay active and in shape.

What even happened with your crash?
It was press day in Atlanta, and after the finish line they had this ninety left into a triple. The triple had a really flat lip on it and didn’t give you much pop. I was just taking it easy, slowly doing the jumps. I had time. Around the fifth lap was the first time I hit that jump and I preloaded it to get over and I didn’t get the pop I thought I was going to get. It was a lot flatter than I anticipated. I clipped the landing but coming into it I thought I could ride it out. But when I clipped it, it sent me into a nose wheelie, which I rode into a berm and it was lights out. That was that.

Did anyone give you a hard time about crashing on press day?
A little bit, but not too bad. I was pretty frustrated with myself. I think they changed that jump though. When I watched the race the next day the lip seemed a little bit steeper. That made me feel a little better. It just wasn’t a normal face, you know? I just misjudged it and made a little mistake. You can’t afford to do that when you’re riding.

Well I was going to ask you if you’d be ready to go if racing resumes in May, but I guess the answer to that is no.
Unfortunately. I was hoping to know more by now but I don’t. I won’t be able to race if it starts at the end of this month though, which is a major buzzkill.

Talk about what it’s like trying to maintain fitness and motivation when you don’t know when the next gate will drop, and whether or not you’ll even be able to be there when it does.
It’s really tough. I’ve heard a lot of other guys talking about it on podcasts too. The hardest thing is, you don’t know when. Originally I thought outdoors would be the first thing, they made it sound like supercross was going to be in the fall. So I was shooting for June, but day by day it changes. Now supercross comes up again. I don’t know if I still believe it’s going to happen. I do know that if I slack off now, I’ll regret it whenever racing does come back. I’ve been using that as motivation to keep doing stuff. Having the head injury sucks because I’m so limited to what I can do and I don’t know if what I’m doing will make the recovery time longer. It’s tricky.

Let’s pivot to when you were racing. You started out the year with an eighth and seventh, which is pretty good. Were you expecting to do that well?
I was pretty happy with it. Coming in, especially after last season, I was just hoping to make the mains. By the end of the year I wanted to be top five and fighting for podiums, I knew I was capable of it, but I just wanted to get making the mains off the checklist. Last year I figured I would have made the mains easy and it didn’t happen at all. I actually didn’t ride all week before Tampa because I’d had a crash and I was just happy to be able to race. To get an eighth in that first main event, I was definitely happy with that. And I was really happy in Arlington, although I felt like I left a little bit on the table. But to run up front and get a top five in the one main event was pretty cool. I was so ready to just keep building and going for it, but unfortunately I got injured.

Speaking of last year, it didn’t dawn on me until recently that you hadn’t made any mains before this year. So to go eight and seven is really good, especially on a privateer bike.
It makes it even better. The lows of last year were tough and I honestly didn’t even know if I could race supercross. I struggled really badly when the racing came along, so to turn it around this year was a big confidence booster. It’s nice to be able to believe in yourself, and to think I can make this sport work for me. It was really cool, for sure.

Does knowing you’ve got those results in you help keep you going right now?
Oh yeah, for sure. If I’d have come back and done what I did last year, I’d be pretty over it. I’d probably want to throw in the towel. I had a good off-season with training and racing overseas. It went really well, and getting those results makes me hungry to come back and push through all of this. Those two races were good, but there were a few things I learned running up there with those guys that I can improve on and close the gap.