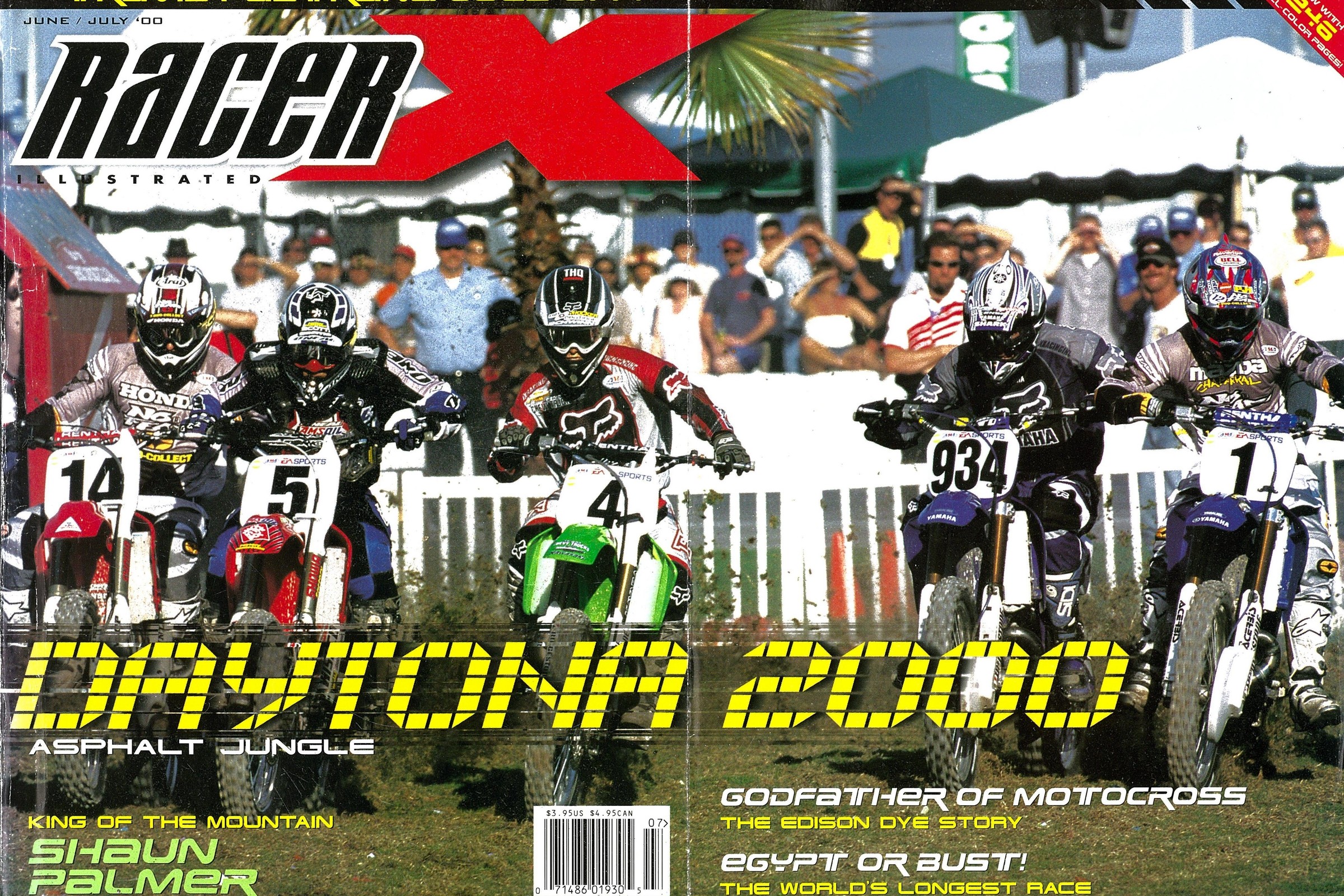 Now that the Atlanta Supercross is complete, next on the 2020 Monster Energy AMA Supercross Championship schedule is the 50th annual Daytona Supercross. Every professional rider that has ever been a contender on the AMA MX/SX circuit has raced at Daytona, the oldest stop in AMA Supercross. So we decided to try to rank the 20 best of all time, based on their success at the Speedway, their longevity, and the competition they raced against.

20.) Roger De Coster raced Daytona just once, at the 1974 race, which was the first round of the very first AMA Supercross Series—though at the time it was called the Yamaha Super Series of Stadium Motocross. De Coster, at the time the 500cc World Motocross Champion, won the 500cc class. “The Man” retired in 1980 to become a team manager, a role in which he’s guided his riders to Daytona SX wins in every decade since.

18.) Jimmy Ellis was a Can-Am rider from New England who won the ’75 Daytona SX, the second round of the that year’s AMA Supercross season. He would win all four rounds—Dallas, Daytona, Houston, Los Angeles—for the one and only perfect SX season in history (not counting the 125 class).

17.) David Baileypractically grew up at Daytona International Speedway, as his stepfather, Gary, was the original track builder. The ‘83 AMA Supercross Champion picked up three Daytona podiums, including this impressive win in 1984.

(And yes, this is the race where Johnny O’Mara launches the finish line in a last-ditch effort to pass Ricky Johnson!)

16.) Ricky Ryan’s win at Daytona International Speedway in 1987 was the only of the Northern Californian’s professional career. It was a big one, too, as it remains the only race in AMA Supercross history in which a privateer beat all the factory teams for a main-event win.

15.) Jeff Emig’s lone Daytona SX win came while he was on his way to the 1997 AMA Supercross Championship. The Kawasaki factory rider had to beat a couple of very fast Suzuki riders in outdoor specialist Greg Albertyn and reigning SX champion Jeremy McGrath to get the job done.

14.) It seems weird that Ryan Dungey only won the Daytona SX a single time (2015), but he was going up against several all-time greats along the way, including Chad Reed, James Stewart, and Ryan Villopoto. Dungey did manage to reach the podium on five other occasions.

13.) Darrell Shultz won Daytona twice, back-to-back, in 1981 and ’82. He also did it on two different bikes, going from a Suzuki the first year to a Honda the second time. There would not be a third time for Shultz, who retired at the end of the ’82 season due to knee injuries.

12.) “Jammin’” Jimmy Weinert was a staple at Daytona throughout the seventies. He finished second in 1971, the first year that Daytona hosted a motocross race (though it was part of the Florida Winter-AMA Series then). Later, Weinert would win in ’72 aboard a Yamaha and then in ’79 aboard a Kawasaki, which you can watch right here:

11.) Rick Johnson won the Daytona SX twice, in 1986 and ’88, each time while on his way to AMA Supercross Championships. Bad luck prevented RJ from doing more here, including snapping his wrist six days before the ’89 race, which he was favored to win.

10.) For James Stewart, who hails from Haines City, Florida, Daytona was a local race. He won twice, first in 2007 aboard a Kawasaki and then again in 2012 on a Yamaha. Also, he jumped some gator pits with leaps that have become legendary. Unfortunately, he’s better known for some hellacious crashes on the infield of Daytona International Speedway than for those two wins.

9.) Pierre Karsmakers was imported by Yamaha from Holland to the U.S. in 1973 to spearhead their new motocross program. He won the ’73 Daytona race, which counted as a round of AMA Pro Motocross, in the 500 class. The next year, he won the 250 class in what counts as the first standalone AMA Supercross race, the ’74 Daytona SX.

8.) When it came to supercross, Mike Kiedrowski was a Daytona specialist. The “MX Kied” only won seven AMA Supercross races in his entire AMA Motorcycle Hall of Fame career, but three of them came at Daytona: 1993, 1994, and 1995.

6.) On no other list involving AMA Supercross would the great Jeremy McGrath be in sixth place, but that’s a testament to the rich history of the event. When McGrath first started taking over the sport in 1993, many thought he would not be competitive at Daytona, given his lack of success (at the time) in AMA Pro Motocross. But over the years, the King of Supercross would learn to love Daytona, and he ended up winning here three times—each while on his way to three of his seven AMA Supercross crowns.

5.) Eli Tomac is one of the few active racers on this list. The three-time AMA Pro Motocross 450 Class Champion is also a three-time Daytona SX winner, all of them with Monster Energy Kawasaki. He would have had a fourth in 2018 had Justin Brayton not had the ride of his life—though he has a great shot at getting that fourth one this weekend.

4.) The 2020 Daytona SX will likely mark the last visit here for Chad Reed, the Australian legend who is winding down an epic AMA Supercross career. Reed won Daytona three different times (2004, 2005, 2009), though he counts the ’05 win over Ricky Carmichael as one of his favorite races ever. Reed also had the 2008 win in hand, only to have the engine of his Yamaha YZ450F suck in too much water during a fierce rainstorm. His machine give up the ghost within sight of the finish line.

2.) Jeff Stanton always thought of Daytona as a man’s race, and the Michigander was formidable at the Speedway. He possesses the most dominant run in the event’s history, winning four straight between 1989 and ’92. He also won three AMA Supercross Championships during that time, all with Team Honda.

1.) Ricky Carmichaelwill forever be intertwined with Daytona. The greatest of all time won the Daytona SX five different times, including his first AMA Supercross win in 2000. Now he’s the track designer, the host of the big amateur supercross race that takes place on Sunday through Tuesday afterward, and he’s also the NBC television color commentator. In other words, he’s probably busier now during Bike Week than he ever was as a racer!