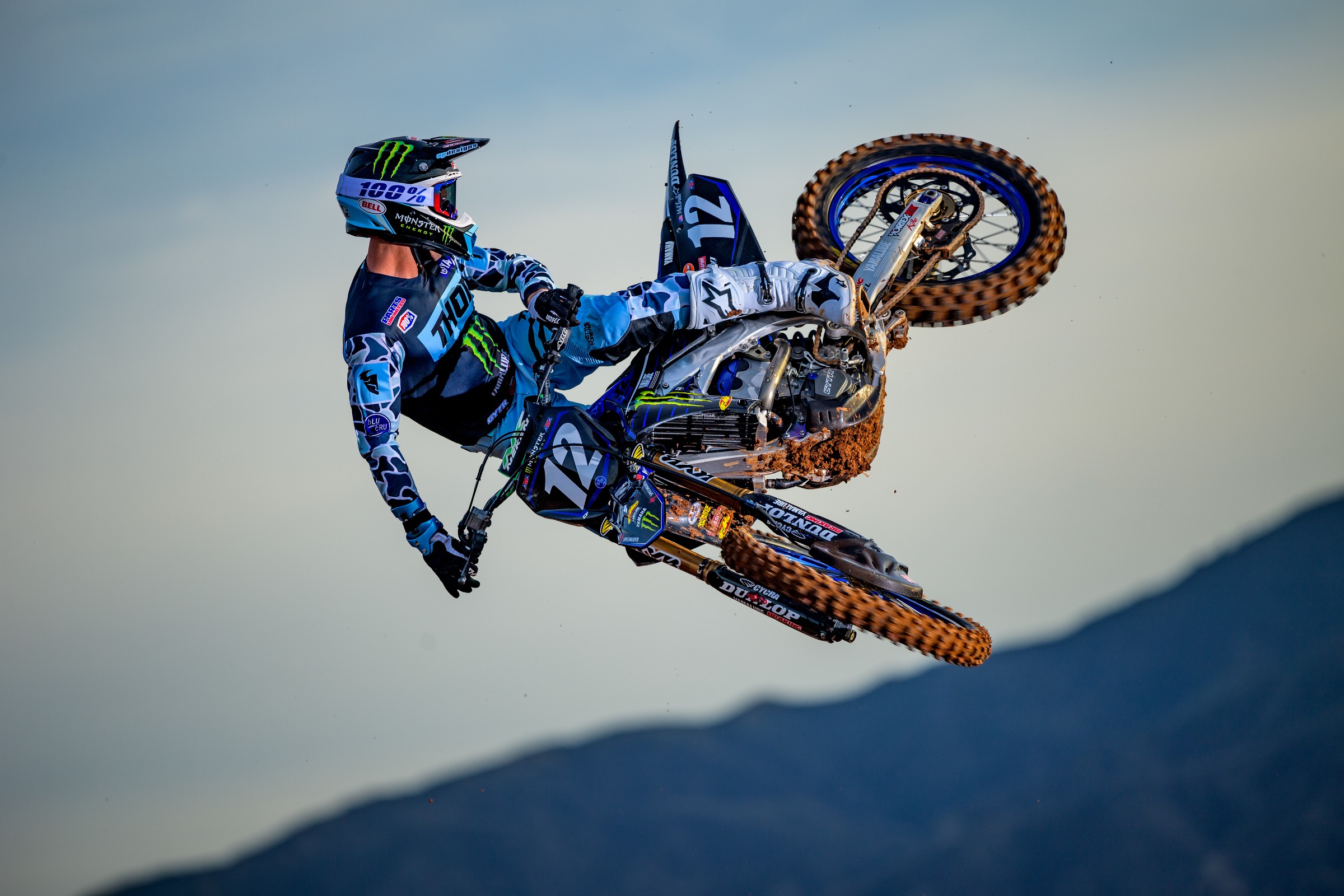 What makes regional 250SX racing so fun is the lack of an established pecking order within the ranks. The 250 class is defined by great racers graduating out and young racers moving in, leading to an ever-changing landscape. Then, you divide that talent in half by coast, which results in new matchups each year. The recent Dylan Ferrandis/Austin Forkner battles in the 250SX West Region have added intrigue because Ferrandis and Forkner have barely ever faced off in a supercross championship. They only raced the same region in 2018 in East, and Ferrandis only made two races before a crash ended his campaign.

So that’s where the intrigue is for 250SX East Region Championship in 2020, with new matchups plus a few key names making big team switches (which is fairly rare in the small-bore ranks).

Here’s a primer on what to watch starting this weekend in Tampa, and what you might have missed in the off-season.

The conversation has to start with Chase Sexton as the defending 250SX East Region Champion. He was originally planning to race the West Region, but a collarbone injury pushed him to the East Region Championship. He’s had plenty of time on the bike and is said to be flying at the test track. Still, while Sexton already has a championship and a guaranteed Honda 450 deal, he has only one career 250SX win, so he definitely wants to up that number and prove last year was no fluke. Motivation and confidence should be high for Sexton coming in… but he has one heck of a target on his back.

It’s become common practice for teams to keep 250 contenders locked up forever, so much so that teams have to dig deeper and deeper into the amateur ranks for talent. Once another team scoops a 250 rider up, he’s lost for a long time, so you’d better be the first to make an offer. The 450 class is much more transient, because by then teams are judging only by results, not potential.

Still, it’s not all roses for McElrath and Smith. They’ve been in the class a long time now so each season takes on must-win status. But only one man can win, and it’s certainly not guaranteed for anyone. So they have pressure, perhaps the most of anyone in the class. Heck, Sexton’s 450 deal is already locked in.

Is this, finally, the year one of them delivers? Pro Circuit just suffered through one of the most heartbreaking supercross seasons ever in 2019, with Austin Forkner and Adam Cianciarulo coughing up nearly locked-in titles. Forkner is in contention again this year in the West Region, but suffice to say it would be huge for Smith to deliver a SX #1 for Mitch Payton’s door.

RJ Hampshire has also switched teams, leaving GEICO Honda for Rockstar Energy Husqvarna. He’s also on the full Aldon Baker training program. It’s a move similar to the one that launched Zach Osborne from solid contender to double 250SX East Champion in 2017 and 2018. RJ is well aware of this parallel, and his expectations are high. This despite the fact that RJ actually tore his ACL back in December!

RJ never stopped riding and training through the injury and swears he’s riding better and faster now than he was before the injury. That’s not as crazy as it sounds, in this sport some riders can indeed function with an ACL issue. It’s not basketball. RJ is not using it as an excuse and still believes he can go to another level this year and become a supercross race winner.

You can learn more from the podcast we posted with RJ last week.

Jeremy Martin is finally back… in points-paying AMA races. We actually saw quite a bit of J-Mart in off-season races like Monster Energy Cup and Paris Supercross, and he was quite good. As for title fights, Jeremy has been off since his scary crash at the Muddy Creek National in June of 2018. He missed a lot of time with a back injury that didn’t heal properly at first, which set him back through another surgery.

He’s been off for so long that you might forget his 2018 250SX East Region campaign was quite good, with two wins, including one at an East/West Showdown in Indianapolis. Jeremy’s supercross ability has been overshadowed by his two Lucas Oil 250 Class Pro Motocross Championships, but speed hasn’t been the problem. Jeremy seems to suffer from bad starts, bad decisions and crashes far more often indoors than out. Inconsistency, not lack of wins, has been his problem. He just needs to avoid the mistakes and he can finally get the supercross title that has eluded him.

Monster Energy/Star Yamaha’s Colt Nichols should be right at the top of the contender list, but yet another big off-season injury has slowed him. Colt has made miraculous comebacks with podium speed before, but he’s going to miss Tampa and maybe a few more rounds.

Garrett Marchbanks enters his second supercross season for Monster Energy/Pro Circuit Kawasaki. Seems like he’s been around longer than that, right? Marchbanks hasn’t been bad since turning pro, but the standards of Team Green grads like Forkner and Cianciarulo, who made waves almost immediately, set very high standards. Marchbanks still has time to show his potential, but it will need to happen sooner rather than later.

A few debuts here in the East Region to note. Rockstar Energy Husqvarna’s Jalek Swoll makes his AMA Supercross debut; he was the AMA Horizon Award winner at Loretta Lynn’s last summer. As an amateur, he battled plenty with Troy Lee Designs/Red Bull KTM’s Pierce Brown, and they were set to debut in Tampa together, but we have found out that Brown will miss a few rounds with injury. Troy Lee Designs/Red Bull KTM will have another rookie in Frenchman Brian Moreau. Also, GEICO Honda has another rookie in Jo Shimoda. Hunter Lawrence’s supercross debut will continue to wait as he rehabs from a shoulder injury suffered during the off-season.

The best thing about listing anything is that you’ll never list everything. Comments section below, or social media, will probably find a rider or team that hasn’t been discussed here, and the inevitable “under the radar” talking point heading into the season. That’s what the 250 class is all about, though—the chance to prove yourself. We’ve already seen it happen for a few riders in 250SX West Region this season. Who will stand out starting this weekend?