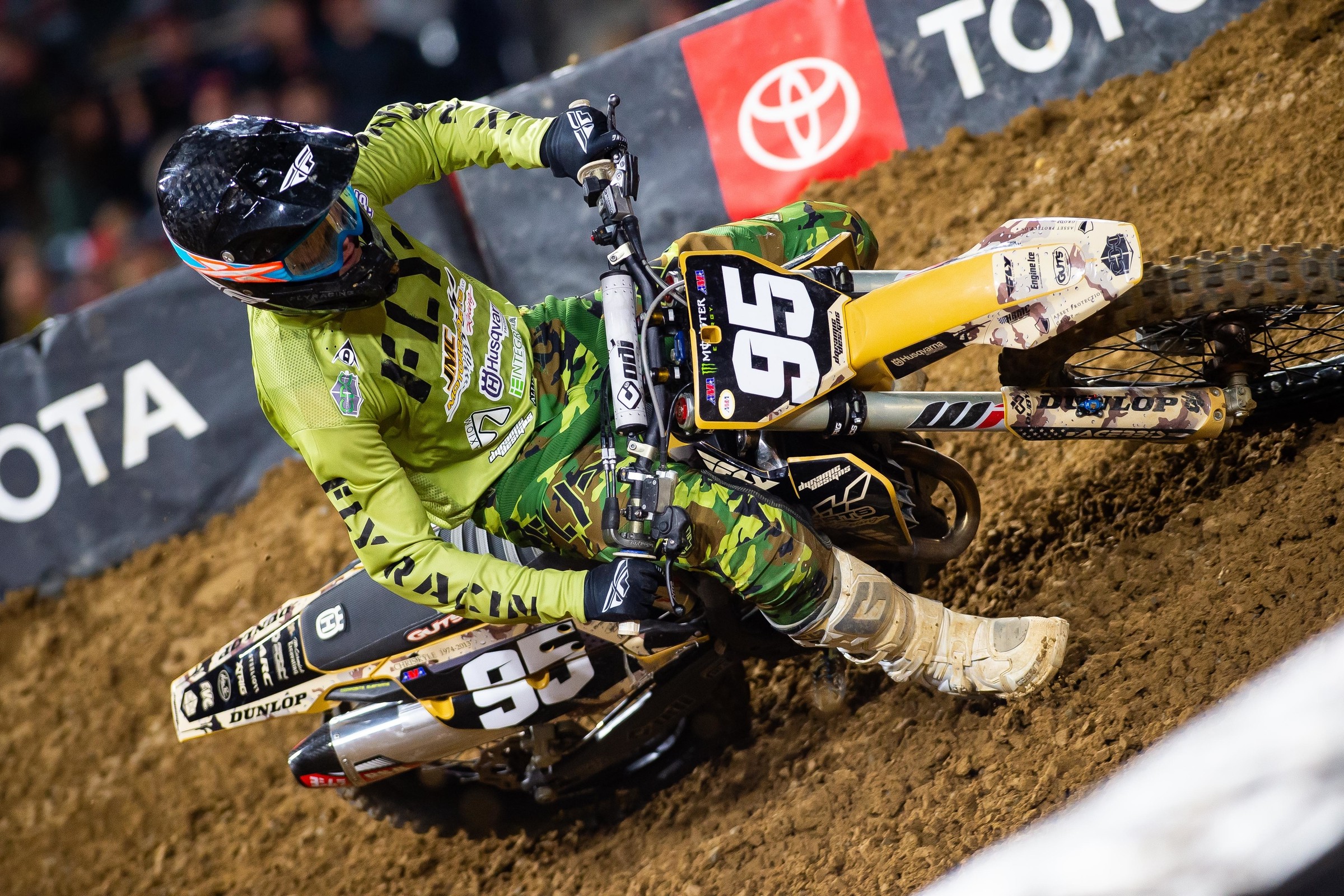 The front pack of the Monster Energy AMA Supercross 250SX West division has been well defined this year, with Dylan Ferrandis, Justin Cooper, and Austin Forkner hogging the wins and podiums, and then factory-level guys like Brandon Hartranft, Alex Martin, and Michael Mosiman fighting for podiums beyond that.

Riders at that level want podiums, wins or titles. Other riders have other goals, like just making mains, or even attracting attention from the factories. Here’s a few 250SX West riders who have made a mark as the series heads into a six-week break.

The last champion of the old Amsoil Arenacross Series has been so close to a supercross breakthrough. He had a few good rides last year and has been even better in 2020, despite coming into the races off on an injury suffered racing in Australia. Hayes is sixth in points and has finishes of 11-6-8-5-12-7. He’s the top rider in points not on a factory team.

The goal was for Australia to give Clout a chance to prove himself in the U.S. Yes, I literally mean Australia wanted to help, because Yarrive Konsky created an American wing of his Penrite Honda team to help give Clout at shot at the big time. Clout has delivered! He was shaky at Anaheim 1 but quickly cleaned it up, and his starts, speed and style show he has the goods. Plus, he’s gone 5-6 at the last two races. Clout challenged Justin Brayton for this year’s Australian Supercross Championship on a 450, so he obviously has talent, but you never know what will translate. In this case, he’s done enough, one would think, for some full-factory teams to take notice. And the team announced after San Diego that Clout would remain in the U.S. to compete in supercross after the team had originally planned on only doing the first few West Coasts rounds.

Once a cult hero for minibike skills—and for beating Ryan Villopoto at a 125 Dream Race at Washougal a few years ago—Brown is now transferring his small-bike talents to the 250F. There’s an army of Carson Brown fans in the Pacific Northwest with a soccer-mon level love for their young athlete, and now he’s delivering. The results of 15-9-12-11-11-8 don’t necessarily stand out, but Brown has been doing a lot of this with bad starts. Last year, when 250SX West hit the break, Brown was 17th in points with a best finish of 14th. This year he’s 11th in points after rattling off an eighth-place finish in San Diego.

We checked in with all three Australian imports two weeks ago and they’re all enjoying their American adventure. Jay Wilson and Aaron Tanti’s goals were probably more for fun and experience than Clout, who might have a full-time future in the U.S. Tanti and Wilson have had good rides, though, and Tanti’s ninth in Oakland was substantial. You never know who notices what race and what result.

Leib is unkillable. He can take years off of racing then just show up and still be good. He’s not a full-time racer anymore but he’s been in four mains this year with a best finish of 12th.

The Texan has become a solid main-event guy for the first time this year, getting good starts and showing speed. He made four of the six 250SX West mains this year. Making the mains is the first part, next could be the slow trickle up in results, kind of like Brown’s improvement from year over year.