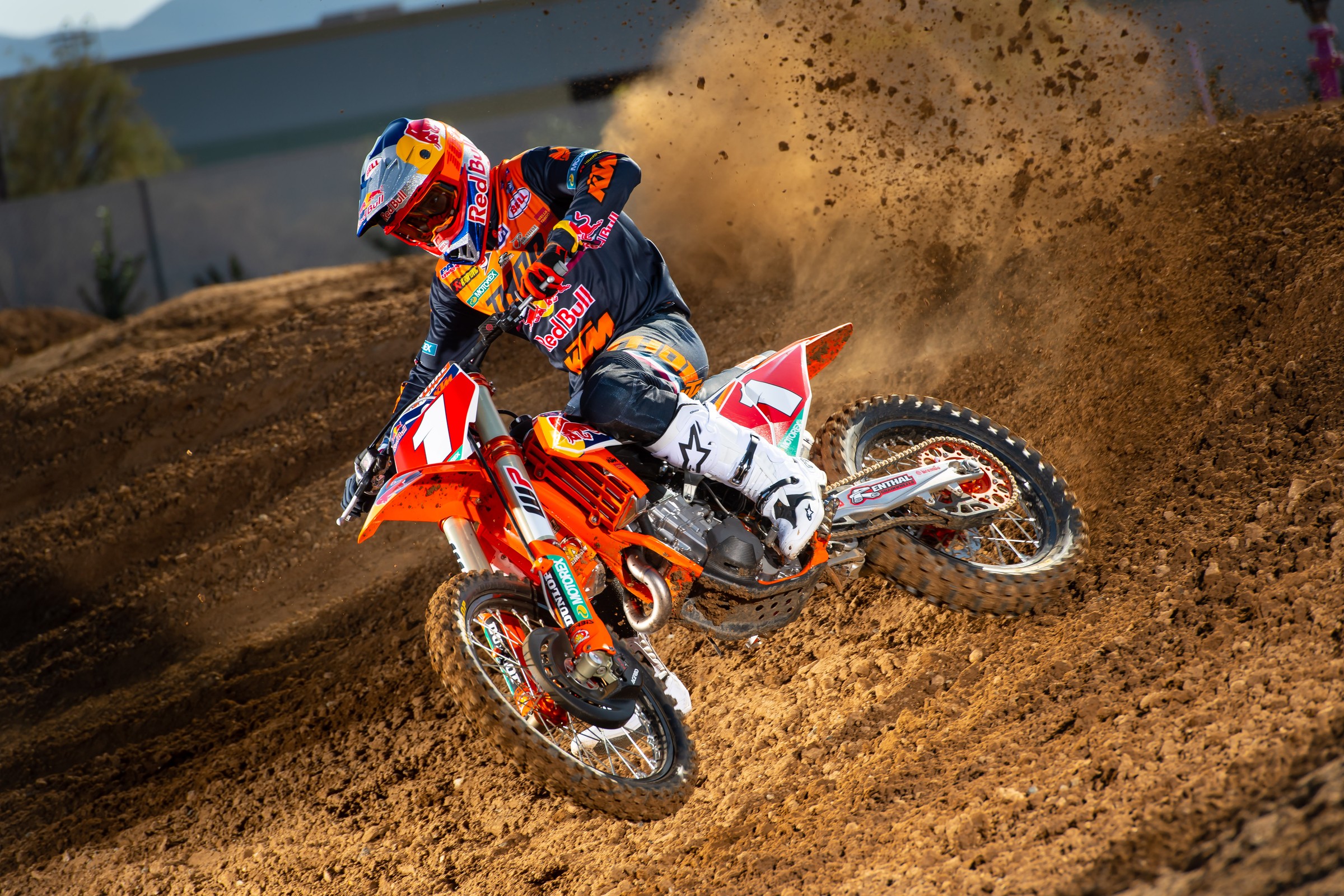 A year ago I previewed the 2019 Monster Energy AMA Supercross by comparing the old consistency vs. speed argument with Jason Anderson and Eli Tomac. Anderson had, until that time, barely missed any supercross races in his career with injury. He managed the 2018 season beautifully to notch the 450SX Championship, while Tomac tantalized by winning more races, but a crash and subsequent points hole left from Anaheim 1 extinguished his title hopes.

A rematch loomed, until Anderson crashed and hurt himself after just three races in 2019. So much for predictions! His role as championship manager was replaced immediately by Cooper Webb. Anderson’s last race before injury was round three, the same race where Webb notched his first 450SX win and began his ascension.

So now comes the same questions for 2020 that we asked for 2019, only with different names. Tomac’s speed and potential still tantalizes. But now Webb has the formula. Thus begins the same argument.

In earlier times, it was much easier. The defending champion of supercross was often an overwhelming favorite. Every few years, a rising star would look poised to grab the baton, but betting against a champion would never make good odds in Vegas. This Tomac situation is not the same, though. He still hasn’t won the title, but his prospects always look so good.

“I’ve won a lot of races, more than anyone else on the line in this three-year window, for sure,” said Tomac on the Monster Energy AMA Supercross preview show on NBCSN. “I feel like I should be the guy with the overall, but I haven’t made it work yet. Consistency, that’s what I’ve lacked so far.”

You can make a similar case with Ken Roczen, who has also not notched this title but comes into each season with the absolute ability to do so. He was once that rising star expected to take the baton—first when Ryan Villopoto retired as champion before the 2015 season, and again when he signed with Honda HRC for 2017. In both seasons, he won Anaheim 1 and held the red plates. Finishing it has been the trouble.

“In the last few years, it’s been a long time since I’ve gotten into a rhythm,” said Roczen in the NBCSN preview show. “Just going through the entire year, going to every single race. One person who was really good at that was Ryan Dungey. I give him huge props because he hasn’t always the fastest guy, but he never let anything rattle him. That’s very, very impressive, especially getting so many championships in a row.”

After so many injuries and illnesses, no one can ever be sure of Roczen’s full health status, but we do know that if his body doesn’t betray him, he will be every bit as good as anyone else. Honda released a video today, and Roczen seemed confident, saying, “I think we’re much further ahead from where we were last year.”

That’s what Roczen fans want to hear. The specter of a ready Tomac and Roczen clouds the picture in so many ways. What are you going to get from these guys?

“Been a little bit of a broken record, the same way each year,” says Tomac. “I feel like I’m playing catch up, then I start getting in the groove and making my stride at the middle to the end of the year. To not end up with that big trophy, it’s pretty disappointing.”

Plus, now that Webb has the formula, it will not be easy to unseat him. He proved last year that he has a different approach. Even if he’s struggling in practice and even if he’s not “flying at the test track” during the week, you can’t count him out. Webb’s race craft and mental toughness allow him to stay solid when the ground looks shaky. It makes him a contender to the bitter end. If there’s one stat that really stands out from Webb’s 2019 title run, it’s not a lap time, a massive leap or a mind-blowing moment. We only saw Webb crash two times in main events in 2019. One was a first-turn crash at the opener. The second was a crash in the mud in San Diego. That’s it. Two crashes in total when points where on the line.

Others may be fast, but if Webb can replicate his 2019 execution, it will put pressure on everyone else to match his consistency. If he gets good starts every week and avoid crashes like he did in 2019, it really puts the pressure on the competition. Is this the year they figure it out? That’s the oldest battle in racing. Consistency versus speed. Should be another great matchup to watch.