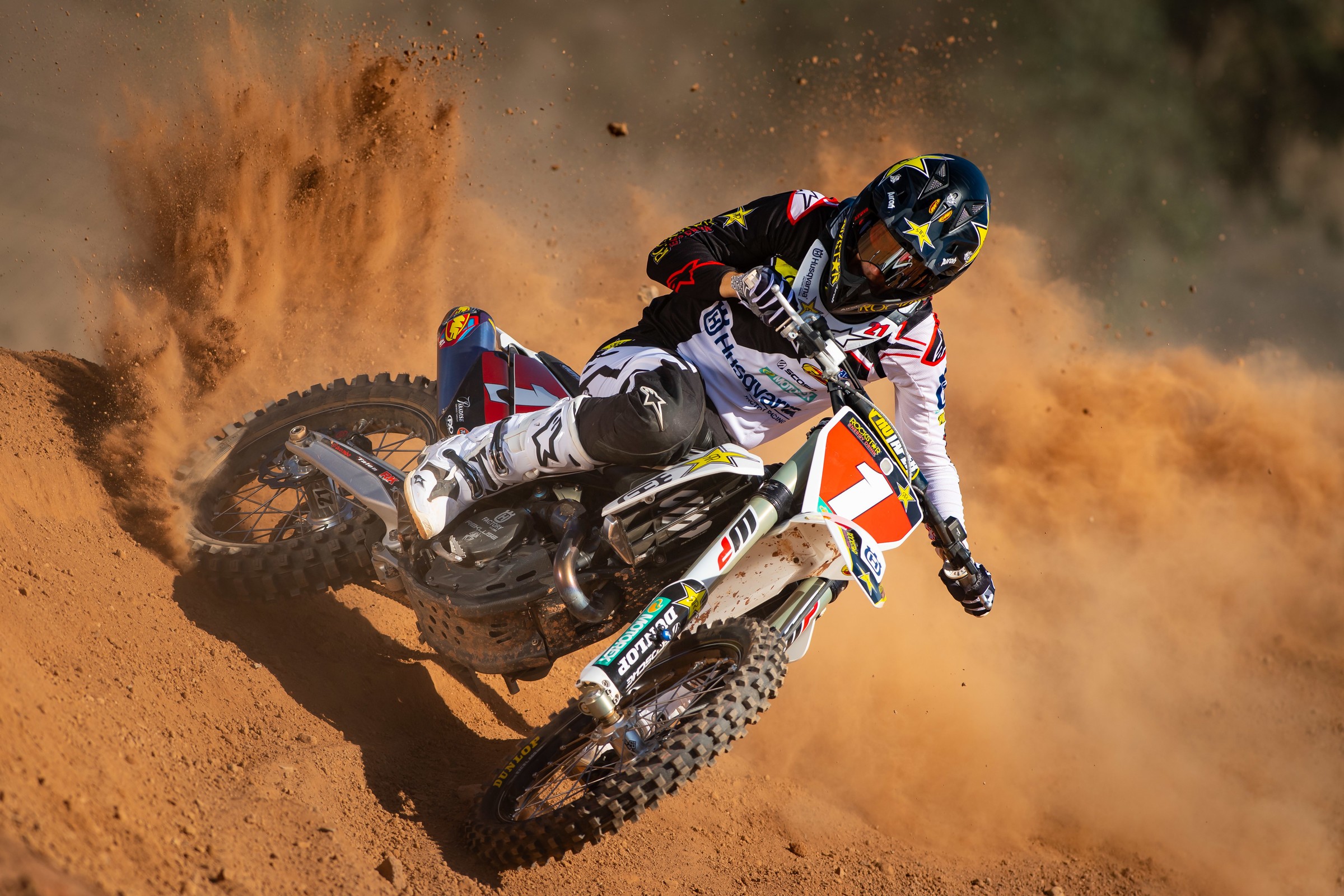 It’s the apex of all motorsports arguments. Consistency versus speed. Podiums versus wins. It’s so vexing that many racing series have spent decades revamping entire points structures to push one style of racing over another. Regardless, the argument will go on forever unsolved—is it more noble to score the most points, or to be the fastest?

This year, Jason Anderson and Eli Tomac get to wrestle in the contrast of styles, at least in the pre-season run up to Anaheim and the Monster Energy AMA Supercross opener. Anderson won the title last year, Tomac won the most races. When you scroll the landscape for 2019 predictions, opinions seem to go straight down the middle. Some feel that Anderson was fortunate that others crashed out, some feel that his consistency was much more than just luck.

The discussion never ends, from Tomac versus Ryan Dungey in 2017, or Dungey versus Villopoto before that, or Reed versus Stewart, or Stanton versus Bradshaw, or Johnson versus Ward. There are no rights or wrongs in the discussion of speed versus consistency.

Some of this is on purpose. Stewart and Bradshaw proudly wore the checkers or wreckers rep. Some other guys, well, stuff just happened. It’s racing and there are many variables. Somehow guys like Dungey managed to avoid most of them, which made “being lucky” seem like a learned skill. Tomac, in contrast, keeps getting bit. We can’t possibly know what goes through Eli’s mind when he’s out on the track, so there’s no way to know if he can stop his trend of 14 good races in a 17-race championship.

Are these mental mistakes? Does he push too hard? Is this just random racing luck? Can he make a change that stops it? It’s worth noting he now has back-to-back 450 Lucas Oil AMA Pro Motocross Championships, which makes his occasional supercross stumbles look even more random. Eli has proven he does know how to win titles. Even though Anderson is the champion, Tomac’s consistency has to be the number-one variable coming into 2019. He can make or break himself.

It’s taken a long time for Anderson’s consistency to finally stick to his reputation. His aggressive passes, his wide-open riding style and that jersey hanging out make him seem like a wild man. Stats show otherwise. Jason has basically never missed a 450SX race due to injury. Remember, at Anaheim, everyone will say it’s a long season and they have to stay healthy. Anderson was the only one who actually did that.

Further, he did it right early, and then built up a big points lead. From there, he had to focus even harder on simply not crashing.

“There’s some nights where you’re slow in practice because you’re not hitting this big quad,” said Anderson of holding a big points lead on last weekend’s Monster Energy Supercross Preview Show on NBC. “But it’s risk versus reward. At the same time, you have your ego and other guys are going faster than you, so you just have to do it.”

The speed, though, man, it’s sexy. Speed gets people talking. So do race wins. So, despite winning last year’s title, Anderson knows not everyone believes he can do it again. He also knows he wasn’t the favorite going into last season. It would be tempting to use this all as motivation. The laid-back Anderson shrugs it off. He’s out to win, not to win people over.

“People really love to anticipate what’s going to happen, but being not really thought of as one of the main championship guys (last year), I didn’t really care all that much,” Anderson said on the Monster Energy Supercross Preview Show. “Because at the end of the day, I’m not trying to prove anything to people, I’m not trying to prove anyone wrong. I’m doing this because this is what I dreamed of.”

Anderson carries the number-one plate and the main trappings that come with it. By that, we mean that last year’s championship bonus check cashed, and the record book will forever show him as a supercross champion. That’s mega right there, and it should be all that matters. Does he need to do more? Well, sure, if he wants to win more number-one plates and cash more of those big checks. Another title would probably get more people on his bandwagon, but that’s never been his goal.

“I’m going into 2019 and people still don’t think the same of me, you know?” said Anderson. “They still kind of think I’m the underdog. They don’t think I can win it again, but I’m going to try my butt off.”

Maybe, in fact, underdog status works a little better for Anderson, who has never been one to seek the spotlight. While he doesn’t appear to use that status for motivation, he can use it to keep some pressure off, and avoid all the drama that unfolds throughout a season. Last year, the other guys got into the crazy stuff. He just kept on rolling. And if he happens to defy the skeptics and win it all again? Well, he might not care what people think, but that has to make things feel that much better.

“I can be the underdog. I guess the bar is set pretty low by the fans for me,” he says. Then he smiles. “And that’s pretty cool!”