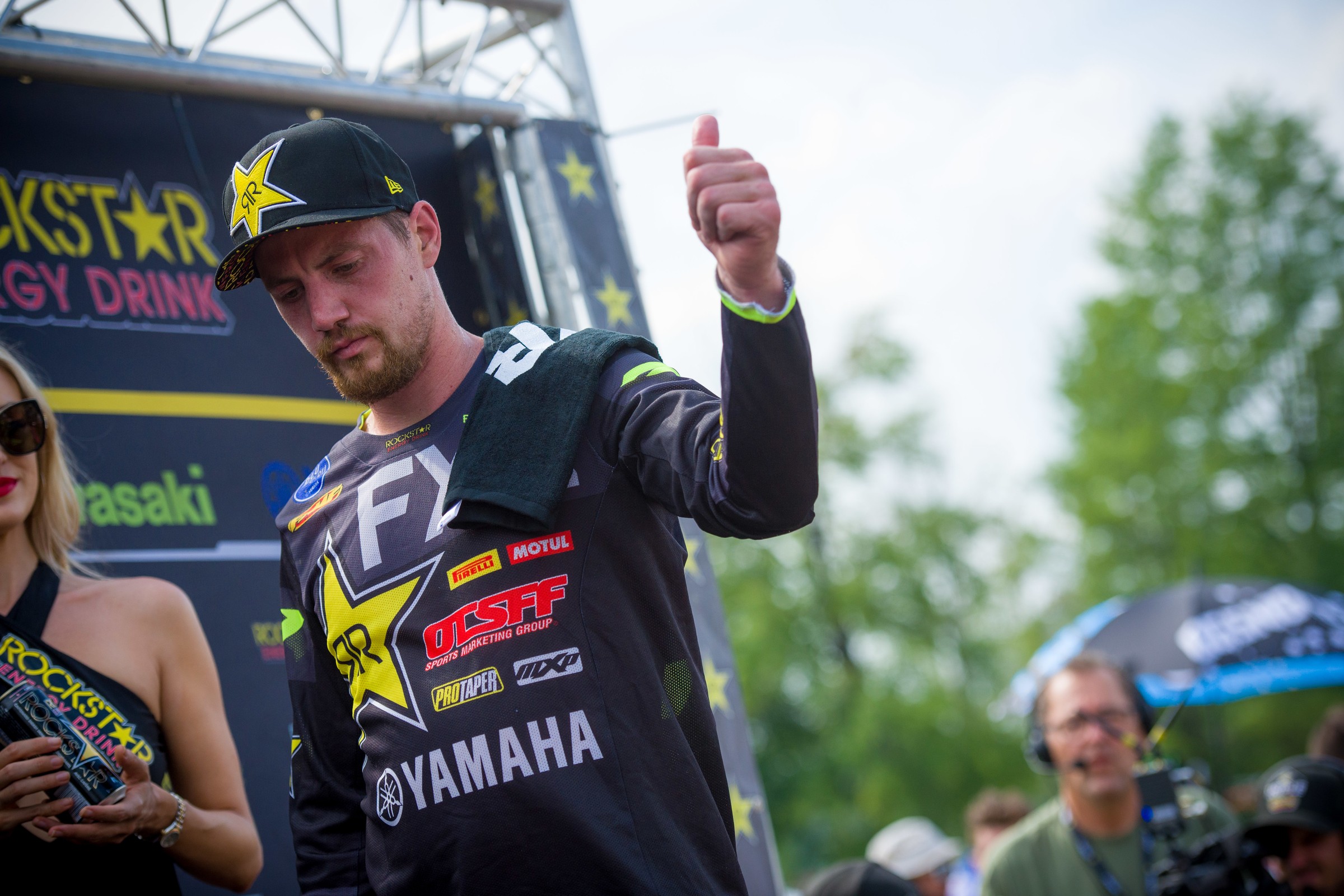 The List Awesome Things About Phil Winning in Canada

Everyone’s happy that America’s favorite grump, Phil Nicoletti, is happy. “Filthy” finished his first season racing up North for the Rockstar Energy Drink/OTSFF Yamaha team by winning Canada’s 450 Supercross Championship. When combined with his consistency in Canada’s Arenacross and Motocross Championships, Phil scored the most total points of any rider through Canada’s three series’, and as a result, he wins the Rockstar Triple Crown bonus of $100,000—in Canadian dollars.

We can’t help but rain on Bad News Phil’s parade even when the sun is shining, so here’s ten awesome things about Phil winning in Canada. Let’s crack open a fresh OG Rockstar and celebrate!

2. After the exchange rate, agent fees to Lucas Mirtl, provincial and federal Canadian taxes, and American income tax, this Canadian championship ended up costing Phil just over $4,900 and change. (This is an approximate guess without any actual financial analysis.)

Triple Crown Champions!!!! One helluva year with the @rockstar_otsff_yamaha boys. Thank you for your hard work all season long! Happy to take the SX Championship as well to sweeten the deal. Thank you for making it all possible!! #100k ? @lissimorephoto

3. Phil didn’t win the Canadian Arenacross or Motocross championship, but did win in Supercross. From now on, he carries the label as deathcross specialist.

4. Phil finally showed JGR that he was better than a full-time fill-in rider.

5. Phil is now the second North American 450 supercross champion this year, alongside Cooper Webb. It’s an honor for Coop to be recognized as Phil’s equal in deathcross.

6.Justin Brayton rides with Phil at ClubMX. Justin Brayton is the Australian 450 Supercross Champion. It’s an honor for JB to be recognized as Phil’s equal in deathcross.

7. One of Phil's "penalties" for his brush with Mike Alessi was serving community service… which included calling the Bingo numbers during Canada’s big amateur event at Walton. We heard Phil kept calling "O" as a "zero."

8. During the argument with Alessi, Phil became the first angry person on Canadian soil.

9. Phil made $100,000 but there’s even better news! His buddy Marshal Weltin made a couple thousand dollars at the Racer X Maine Event, so Marshal can continue to pay for the gas when he and Phil carpool down to ClubMX (in Marshal’s Ford Fiesta).