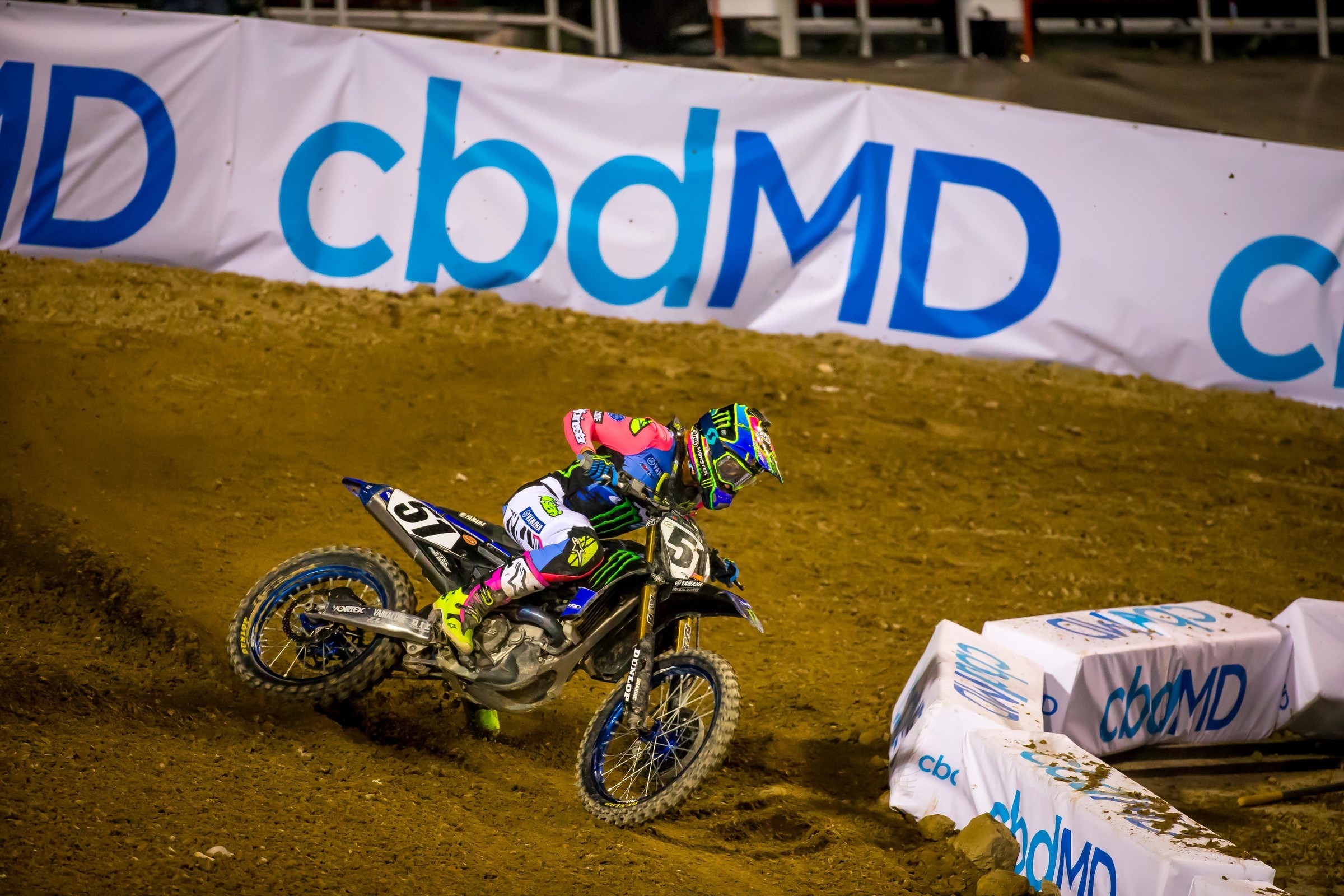 Redux News and Notes From MEC

Going into the third and final main event, three riders were tired with four points each: Monster Energy Kawasaki’s Eli Tomac (1-3) and Adam Cianciarulo (2-2), and SmarTop/Bullfrog Spas/MotoConcepts Honda’s Malcolm Stewart (3-1). Cianciarulo took his first win in the 450 class (not officially) in the ninth Monster Energy Cup. Cianciarulo’s new career number is also nine, so maybe it was just meant to be?

In his three starts at the event, Cianciarulo has raced in three different classes (Supermini 2011, All-Stars 2012, Cup Class 2019) and he's gotten an overall podium in all three (1st, 2nd, and 1st, respectively). Who got the overall win over Cianciarulo in the All-Stars race in 2012? Cooper Webb.

Few riders have had as much success at the Monster Energy Cup as Adam Cianciarulo.? . . In 2011, as an almost-15-year-old, young AC dominated the Supermini division at the very first Monster Energy Cup and win both races to take the overall win. ? . . The very next year, on his 16th birthday, the Florida native moved up in class and finished 2nd in the Amateur All-Stars class, finishing 5th in main #1 but winning race 2. The overall winner that night for the Amateur All-Stars? Another phenom from the east coast named Cooper Webb.? . . Fast forward 7 years to Saturday night, and In Cianciarulo’s first race on a 450 for the factory Kawasaki team, AC struck gold in Vegas again....finishing 2nd in the first two of three main events before beating his teammate Eli Tomac by less than a second to win main #3 to take the overall win and the $100,000 first prize! ? . . Adam Cianciarulo Monster Energy Cup Results Starts - 3 Overall Wins - 2 Overall Podiums - 3 Avg Overall Finish - 1.67 . Main Starts - 7 Main Wins - 4 Main Podiums - 6 Main Top 5’s - 7 Avg Main Finish - 1.86

The final race was a good one, with Cianciarulo and Tomac trading strategies in the Joker Lane. Tomac took it early in hopes of beating his teammate around the track  on the next lap. However, AC preserved the win by logging the fastest Joker Lane lap of the night when he finished the last lap of the last main event in 1:05.507. Tomac did the joker Lane the previous lap, and his time was 1:06.745. Next fastest Joker Lane lap (that wasn't AC or Tomac) was Malcolm Stewart's 1:07.499 (on lap 10 of the first main event) and Benny Bloss' 1:08.607 in the third main event (lap nine).

Cianciarulo edged edged out his new teammate by 0.867 seconds in the final main event, so that quick time on his Joker Lane lap made all the difference. Check it out from his perspective here:

GEICO Honda’s Jeremy Martin returned to racing after 483 days after his crash at Muddy Creek Raceway in June 2018. Martin finished 6-6-14 for eighth overall.

After winning the LCQ,  Mike Alessi became the first two-stroke rider to qualify for the Cup class main events. He was on a YZ250 punched out to 325cc!

Three years in a row Benny Bloss has finished seventh in the third main event. In his three years racing in the Cup class, Bloss has improved one overall spot. In 2017 he finished 7-8–7 (for ninth overall); 2018 was 9-8–7 (for eighth overall); and this year he finished 9-7-7 (seventh overall). This was Bloss’ last race for the Rocky Mountain ATV/MC-KTM-WPS team. Justin Bogle and Blake Baggett will comprise the two riders for that team in 2020.

In his Monster Energy Cup debut, privateer Jerry Robin hopped on a Honda CRF450R for this year’s event and finished 13th in the first main event. According to his Instagram post, he and Chad Reed hit one another and ended his night early.

1st race on the @honda_powersports_us is done! Love the new bike, had 5 days on it before monster cup but felt comfy right away! First main event made a few passes early on then settled in behind @tylerbowers , was to scared to pass the Bear back? in the Second main I had a really good start but pushed wide, second turn me and Reed hit hard and peeled my knuckle to the bone and couldn’t use the clutch or squeeze the bar so it was the end of my night, excited for 2020 on the 250? @jennifernoelle3 appreciate you making time with your busy wedding schedule and coming to Vegas ❤️ #homelife PC: @michaelantonovich @michael_lindsay512 @connorahlers @yoshimura_rd @xbrandgoggles @motulusa @fxrmoto @dubyausa @_xtrig_ @ridedunlop @6dhelmets @honda_powersports_us @odigrips @chaparralmoto @purekana @purekanaactionsports @vpracingfuels @alpinestarsmx @racetechinc

Jett Lawrence (250 Futures class) and Evan Ferry (Supermini class) both won the their respective classes with 1-1 finishes. Lawrence said later that he ate three donuts on the podium afterwards until he got sick. In the post-race press conference with Supermini overall winner Evan Ferry (which is worth your time watching), he says his goal is to increase his donut intake. Although they declined, at least he offered one to Will Christien and Mike Pelletier!

GIF OF THE WEEKEND, PT II

GIF OF THE WEEKEND, PT III