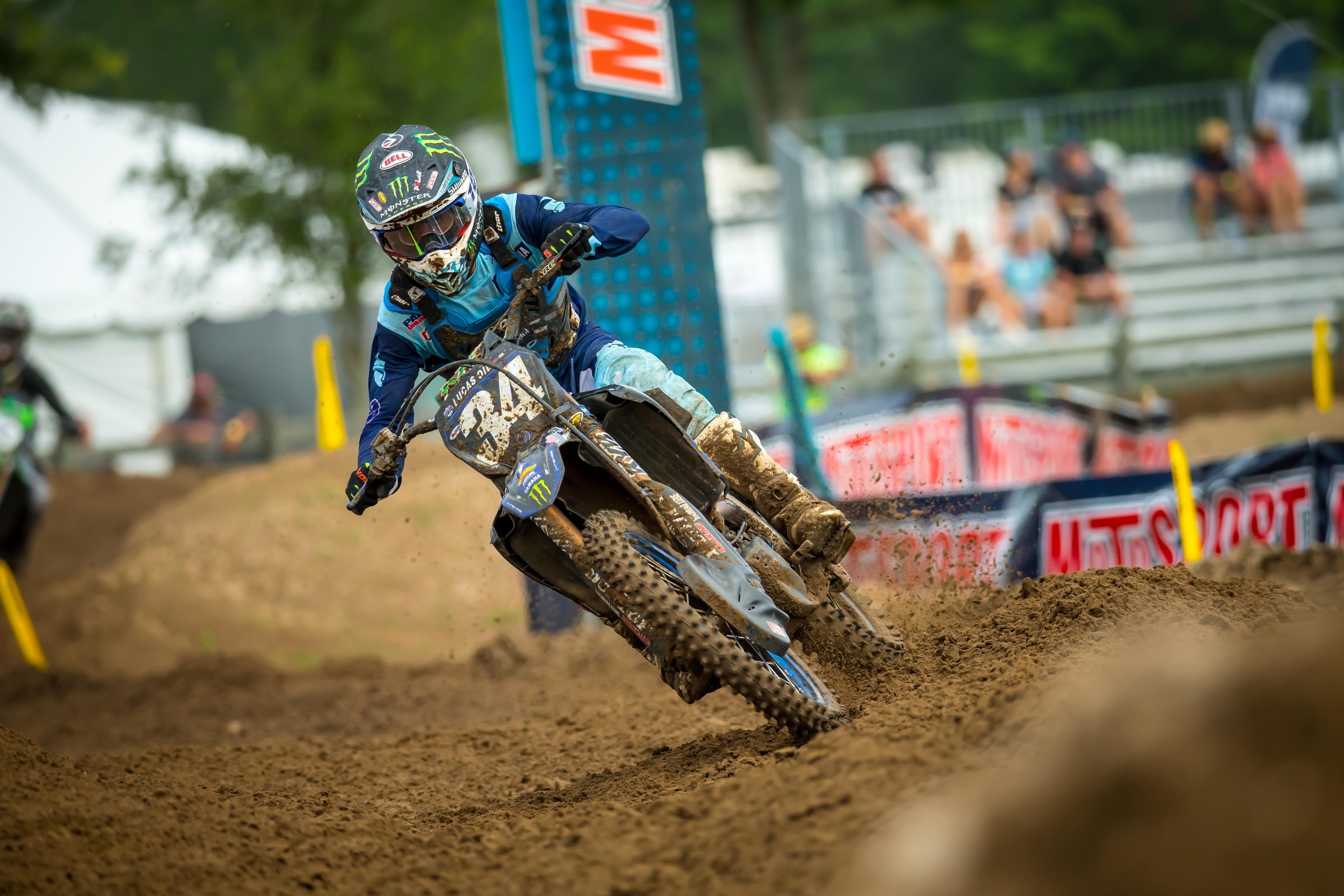 The supercross hangover has been discussed quite a bit in regards to the 450 Class, but apparently, it’s effected a 250SX West Region champion as well. Dylan Ferrandis’ wildly-emotional last-moment title triumph indoors might have taken some steam out of his performances outdoors. Or, at least, they might be effecting his starts.

Ferrandis doesn’t know for sure, but he does know his starts have been terrible this summer, and when riders can’t get starts, they’ll think of and try anything. Ferrandis thinks the title might have a subtle effect.

“Right now I think we found a good setting on the bike, I think the last two years I struggled a lot more to make the bike fit for outdoors,” Ferrandis told our Steve Matthes after the Florida National. “This year I’m more happy with the bike and the setting. I think this year, for me, my problem right now is, I’m 25 years old. I worked for 20 years to win a championship. Since I was a kid. I did it. That was my goal my whole life. Now that I achieved this goal, it’s tough to want more. I think that’s why, at the start, I’m too relaxed. I don’t want it enough like AC or Justin, they want wins, they’ve never won a championship before. They want to get out front and win. It’s maybe tough to find the motivation. When I ride, it’s fine, but maybe off the start.”

Credit Ferrandis with his honestly (most European riders are) but also realize this is just a theory.

“I don’t know what’s happened off the start,” he said. “Today the first start was bad, the second, I changed nothing. Tried to focus and tried to have the same technique and stuff, I changed nothing. Then I get a good start. It’s frustrating. My other teammates, always the same, good starts. First four rounds I was mad at myself, always bad starts and that’s killed me, killed my championship hopes. Anyway, I’m happy today, I won the second moto. Second moto is probably one of the hardest motos I’ve ever rode in the U.S. Happy to win this moto and I’m glad to show the hard work with DV [trainer, David Vuillemin] paid off. It was really, really tough out there.”

Ferrandis’ 2019 outdoor record in ten motos reads like this: one good start, one moto win. To be honest, this is not a new problem. Last year, starts plagued him outdoors, and his early supercross season was thwarted by bad starts. When he finally fixed them, he started winning races, and, eventually that title. There’s a good chance these bad starts aren’t really a question of motivation. It could just be that Ferrandis isn’t a good starter! Still, the title thing is in the back of his mind, and when a racer believes it, that’s all that matters.