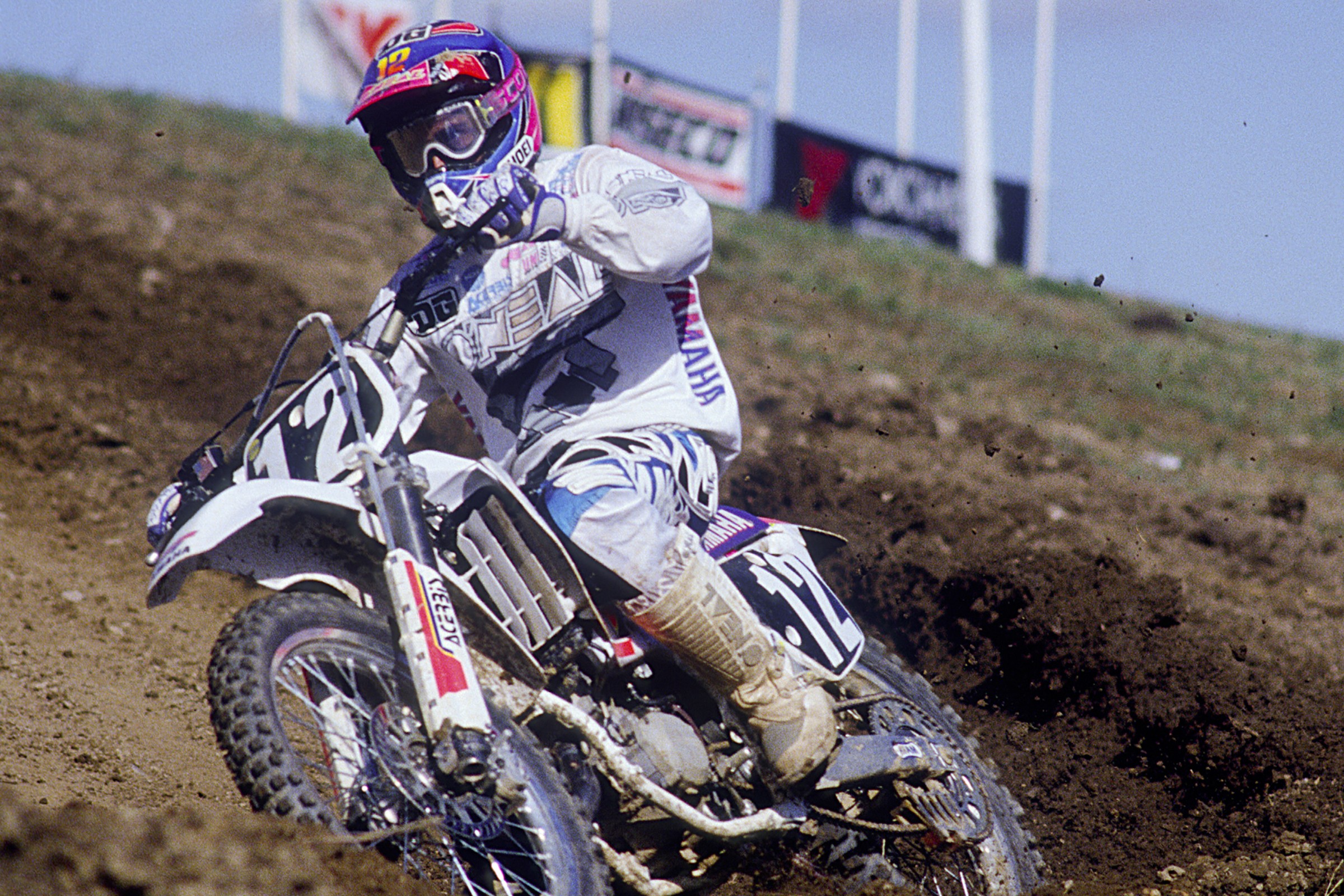 Where Are Doug Dubach

Doug Dubach has done it all in motocross. From winning a supercross main event as a factory Yamaha rider, to being a rough and tumble privateer, as well as a long time test rider and entrepreneur, Doug has literally done it all. He's had a long-term relationship with Yamaha and was the driving force in the development of the modern four-stroke motocrcyle that Yamaha built in the late 1990s.

A native of Southern California, Doug is in his mid-50s, and still is wicked fast and in shape. We caught up with him recently to talk about racing and more.

Racer X: Doug, you are a becoming a familiar face in the paddock again. Tell me about your latest gig?
Doug Dubach: Starting about four years ago, I began training one of the top Japanese riders. Obviously I’ve had a 35-year relationship with all of YMC [Yamaha] in Japan, so they had kind of reached out for someone to help him along and just put a program together for them. So we started doing some winter training. Just a couple months—usually in the January and February time frame. We did that for a couple years, and the results started improving. Then they promised him if he [Yusuke Watanabe] won their [the Japanese] championship that he could come back to the USA and do some racing. So in 2017 my guy won the championship in Japan in the 250F class. So that kind of opened the door for more guys. So then I had a roommate for a full summer last year! It’s a great opportunity for me. I love being at the races, obviously. It’s my blood. It’s just what I’ve done for my whole life. If I can get in there and help some young riders, it’s just a good thing for me to see these guys grow and go back to Japan and just meet with engineers I’ve known for so many years and managers and people that I’ve known forever. It’s really a nice fit. I enjoy doing it.

How involved are you now with Yamaha in the U.S.?
My role in the U.S. has changed over the last few years. They brought in some in-house guys to do the testing. I was always an outside contractor for 30 plus years. So now with some in-house guys doing it, well, it kind of takes away some of that daily work that I had once done. I’ll still go and attend a test here or there, maybe if somebody’s busy or injured or something. I’ll still get the call to come out. I still really enjoy that. That’s always good to still continue to watch the YZ grow and develop and win championships. Again, it’s a little bit different role than I once had, but I am still involved with Yamaha very much, be it in USA or in Japan.

Are you still building and selling the exhaust pipes?
Yes, I am. Dubach Racing is still in full force. For that, everything’s in a way that it takes care of itself somewhat. I’m still the main testing guy, so I’m doing the product development, but I’ve never had to get in there and do the production line stuff. So it’s going along. Obviously everybody has felt the squeeze over the past several years and we’re the same, but it’s still a viable business. We still make a lot of product and do some private label stuff for manufacturing within the industry. So we’re still cranking along. It is going well.

Okay, here is one for you—what is the oddest modification or contraption you’ve ever had to test for Yamaha that never saw production?
I don’t think you have that much time for me to go into a lot of detail! There’s some things along the way I probably still can’t mention, just because who knows if they’ll ever come back around down the road. It’s been really such an opportunity for me. I was kind of the “the guy.” They hung everything on my shoulders when that four-stroke first came out, just because I was the main guy at that time. So to be a part of that whole revolution was really rewarding. Some people are still angry because it’s more expensive and harder to go racing. That’s probably one of the single things that I saw coming early on. A lot of people denied that it would ever take the hold like it did. Just from the early days, once that first bike was getting better and better within the first two or three visits here to the U.S., I knew it was going to be the bike to ride in the future. So everything along the way. You name it. From start to finish, little bikes. I’ve tested the 85s all the way up to everything you can imagine. Thirty-four and a half years that I’ve been involved in the testing side. I’ve seen a lot come across my plate. Mostly all good, but some crazy ideas as well.

I see your son is racing the 125cc All Star race, and I know you guys both did the 125 race at Southwick last year, which was very cool. Tell me a little bit about your son’s career?
First off, that Southwick thing was just outstanding. To just line up next to your kid at a national with all the crowd and what not, just to see the look on his face, the wow and everything that has to do with riding a national track like that, the whole week leading up was amazing. It was also my 55th birthday as well. I hadn't been back to Southwick I think since ‘93 or something, so it had been like 25 years. So all the numbers lined up and I said, “We've just got to go do this.” So we did. I let him have my number 15 and I took 14, because that’s the number I raced the last time I was there. I had a little bad luck on that day back in 1993. I was third the first moto and had a bike problem the second moto, so I didn’t even finish. So I wanted to go back and finish the laps I guess, so to speak, that I didn’t get to do thirty-something years ago. But as far as my son, he’s still a little bit of a lighthearted kid. He loves riding his dirt bike and he loves racing his dirt bike. What his future is, it’s a little hard to say at this point. He’s only 15. He had a great result last week at Hangtown riding that All Star race, getting that top-five. It was funny because I think he had a little more in the tank, but he just said he was so nervous riding. That track was pretty demanding for the level he’s done and the amount of racing he’s done at this point. But we’re going to go and chase some of the bigger races this year and see how he does. We’re trying to keep it light and fun. Wherever it takes him, I’ll kind of let him guide that.

Tell me about the rest of your family?
Everyone is still running around like crazy. My oldest daughter is just about ready to graduate college. She’s a little workaholic, much like her dad. So she’s juggling lots of things and making money and just putting her head down and grinding. Then my younger of the two girls is at University of Tulsa right now playing Division I soccer and in the nursing program. Talk about biting off a lot and trying to chew it! She’s doing great. She actually came home for the summer and was able to go out to Hangtown last week and is here today. My oldest one is working just about every day of the week, so that’s why she’s not here. Everyone’s doing great. The wife still puts up with me, so I guess that’s something to be happy about. I couldn’t ask for much else. You reflect and you kind of think what you did right and what you didn’t do right. I’m a lucky man. I get to pretty much do what I want and still get to be involved in a sport that’s just done so much for me over all the years. I’ve definitely grown into the person I am as a result of what riding, racing, traveling, just having to deal with all the adversities and sitting with all the engineers trying to decide what to do next. You couldn’t pay for that kind of an education anywhere else in the world. So I feel like a lucky man. I’m still enjoying it sitting here talking to you!