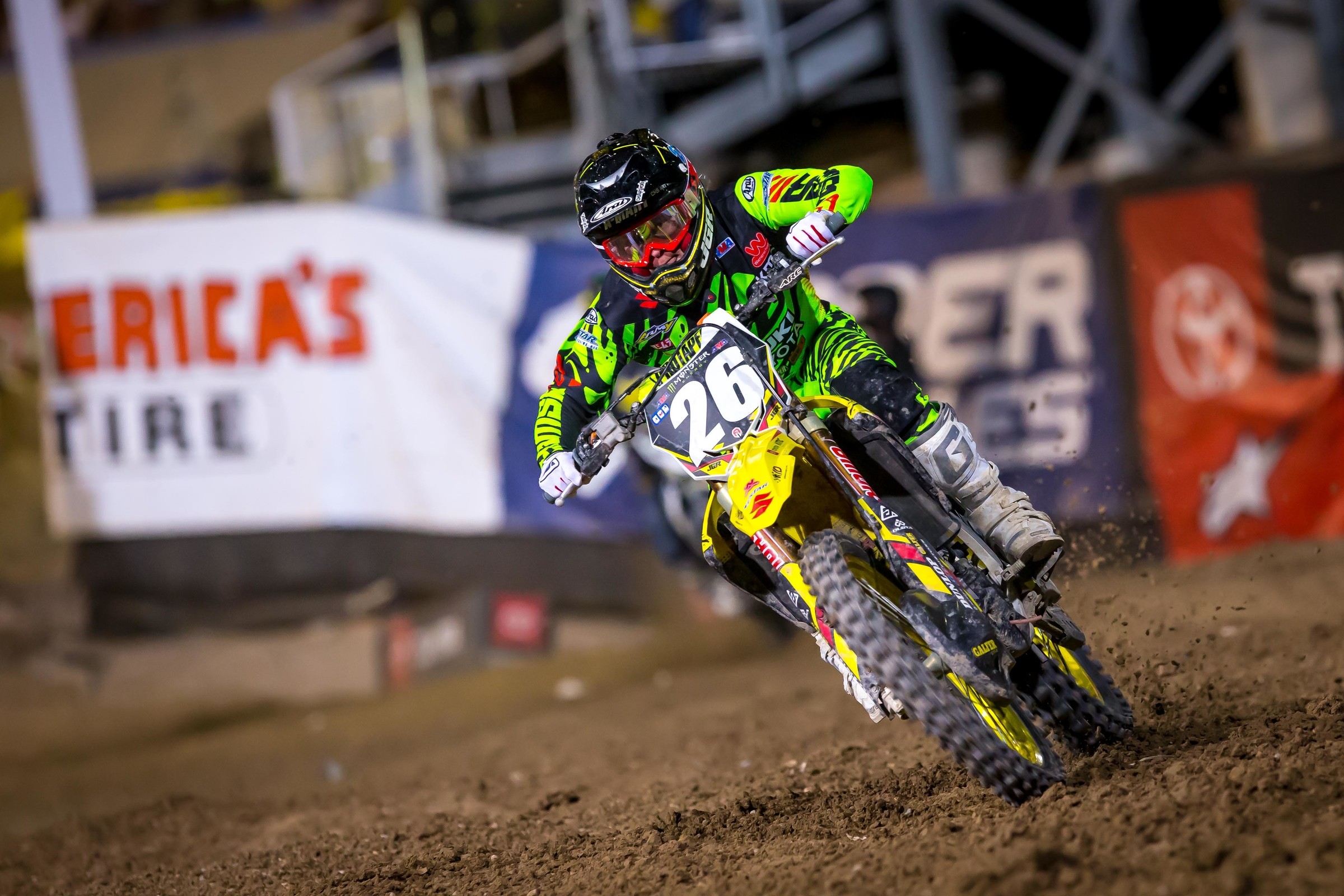 Rounds raced by Ken Roczen. It's the first time since 2016 that Roczen has raced every round of Monster Energy AMA Supercross.

Place finish for Zach Osborne in Vegas. He finished the season with four top five finishes in the last five rounds.

Straight finishes inside the top two for Dylan Ferrandis to end the 2019 season. He won three times over that span.

Place finish for Adam Cianciarulo in Vegas. It was the first finish outside the top five in 2019.

Wins for the Monster Energy/Pro Circuit Kawasaki team in 250SX. Adam Cianciarulo (five), Austin Forkner (five), and Martin Davalos (one) each grabbed a win in 2019, but fell short of any titles.

Points this season by Monster Energy/Pro Circuit Kawasaki's Martin Davalos, who recorded his class limit and pointed out of the 250SX.

Career starts by Davalos in the 250SX. He first debuted in the class on February 18, 2006, when he finished 11th. In his last race in the 250SX, Davalos finished ninth, securing himself a fourth-place finish in the 250SX East Region.

Place finish for Justin Cooper in Vegas, his first time off the podium since a fifth in Atlanta.

Riders To Compete in an SX Main Event