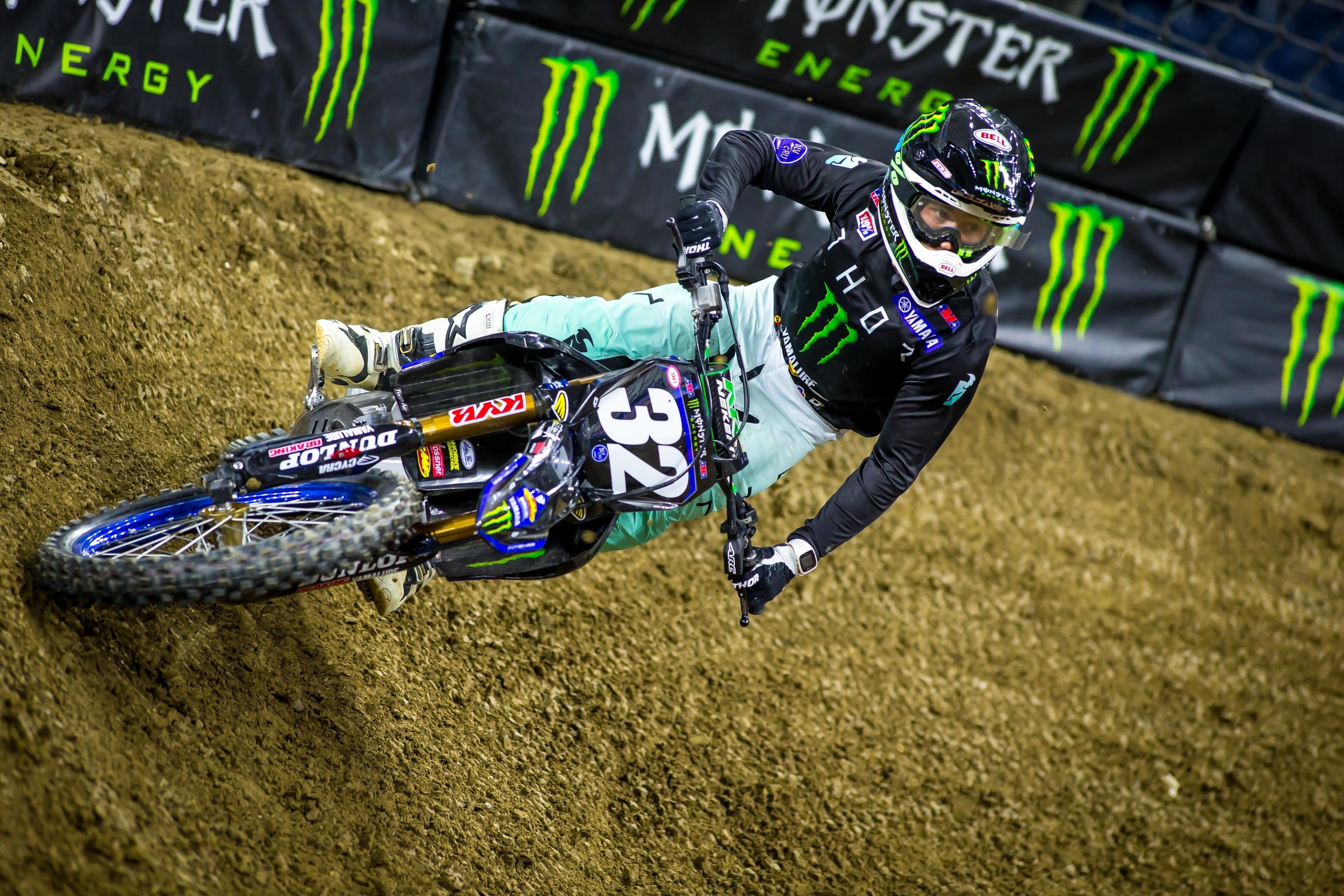 In this age of training facilities and year-round coaching and training, it’s becoming increasingly rare to find young talent raised on local race tracks. It still happens up in the Northeast, though. New England’s NESC scene still churns out full gates of A class racing. Further down, a pair or riders from the New York and New Jersey area have climbed the ranks to become top prospects in professional supercross.

Justin Cooper, of Cold Spring Harbor, New York (aka Long Island), and Brandon Hartranft, of Brick, New Jersey, have been racing each other since their earliest days on 50cc machines. New Jersey’s Englishtown Raceway Park was one of their main stomping grounds, so these two banged bars with each other forever. Further, both had fast brothers, making these battles a family affair.

Toward the end of their amateur career, the duo found themselves as teammates, and now they’re still Yamaha brothers, with Cooper on Monster Energy/Yamalube/Star Racing Yamaha and Hartranft on Cycle Trader/Rock River Yamaha. Last year they even shared trainers!

This weekend will mark their first professional “home race” in supercross. East Rutherford, New Jersey, is about an hour from each rider’s original hometown. We recently chatted up both riders about racing each other growing up, and expectations for the weekend.

Racer X: You guys grew up battling?
Brandon Hartranft: We’ve battled since we were about the age of six or seven.

Seriously? At Englishtown?
Hartranft: Every weekend.

So you told me on 50s, Justin had you covered.
Hartranft: He had me covered bad and then 85s we were about the same. We were always back and forth, all of our lives, and now he’s got the upper-hand. In 2017 we were dicing for titles. Then I got hurt.

Yeah. Were you on the Sethro [Seth Rarick] and Swanny [Gareth Swanepoel] program?
Hartranft: Yeah we were on that together but they split. So yeah, now we hate each other. [Laughs] No, I’m just kidding. We actually play Xbox about every day together. We’re like the only East Coast boys, so we’ve got to be cool to each other.

Were you always pretty cool to each other?
Hartranft: Yeah, we were always family. His dad, Glen. I think his cousin, Brett, and his little brother. We all play Xbox. It’s funny. We’re all respectful of each other.

And even when you were battling through the ranks, even for wins?
Hartranft: We were never dirty to each other. I’ve got respect for him. He’s a good kid.

We’ve got this New Jersey race coming up. That’s got to be something special. Are you going to have a lot of people there?
Hartranft: My mom I’m pretty sure got 40 tickets already. People ask me for tickets and I’m like, just talk to my parents. I don’t want to deal with that.

Focus on the racing.
Hartranft: Exactly. My mom spent like a couple grand on tickets. I’m like, you better make that back. That’s a lot.

Well, actually, you better make that back.
Hartranft: That’s true!

A podium would be good. It would pay for that.
Hartranft: It would be amazing. That would be great.

Okay, Justin, you’ve been racing Hartranft your whole life, pretty much?
Justin Cooper: Yeah. [Laughs] I remember racing back on 50s. Him and his brother, actually, on 65s.

Wait, Hartranft, you had a fast brother, too?
Hartranft: He was good. I don’t know what happened!

Cooper: Honestly, he would put it to us every time we raced on the weekend.

Hartranft: My brother was good. We were all E-town warriors.

Cooper: Then all of a sudden me and Brandon just took over around there and it was a battle from there on.

You took over the streets.
Cooper: It really was. There were a few years there where Brandon had me beat. He was a good 450 rider and I was never on the 450, so I remember getting my ass kicked by him a couple times.

When you guys moved up to A class, did you have to take on 30-year-old, gnarly dudes? How did that work, your transition when you started racing pro/expert as they call it up there?
Cooper: I got kicked from Schoolboy to A class and my first race was a little indoor race called Motorama. I. Got. My. Butt. Kicked. Let’s just put it that way. I was getting handled out there.

Because you were racing men!
Cooper: Yeah, just like 30-year-old guys just moving me out of the way!

Hartranft: My first race of pro class was at Mini Os and I got smoked.

But at the local level those guys are racing….
Hartranft: People don’t get it. You know how you get these local guys that think they’re sick? Bring them out here and we’ll see if they’re sick or not.

So what was that like when you first were moving up locally? Were local A class dudes like, “Uh no, kid. You are not doing this. You’re not beating me.”
Cooper: Pretty much. That’s how I felt. They were like, “Welcome to the A class. We’re going to move you out of the way.”

Phil [Nicoletti] told me these stories of racing Barry Carsten at Englishtown, and Barry was tough on him. Is Barry officially finally too old to have raced you guys?
Cooper: No. We raced his son!

[Laughs] Okay. So Hartranft says you guys always got along. Justin, you back that up, or did you have some beef?
Cooper: Oh yeah. We were teammates on our last year amateur and we actually stayed with each other around each national and traveled together. We’ve always been close.

Hartranft: We’ve had some good times.

Cooper: We still go back during the week and play Xbox together. We’re still good friends now.