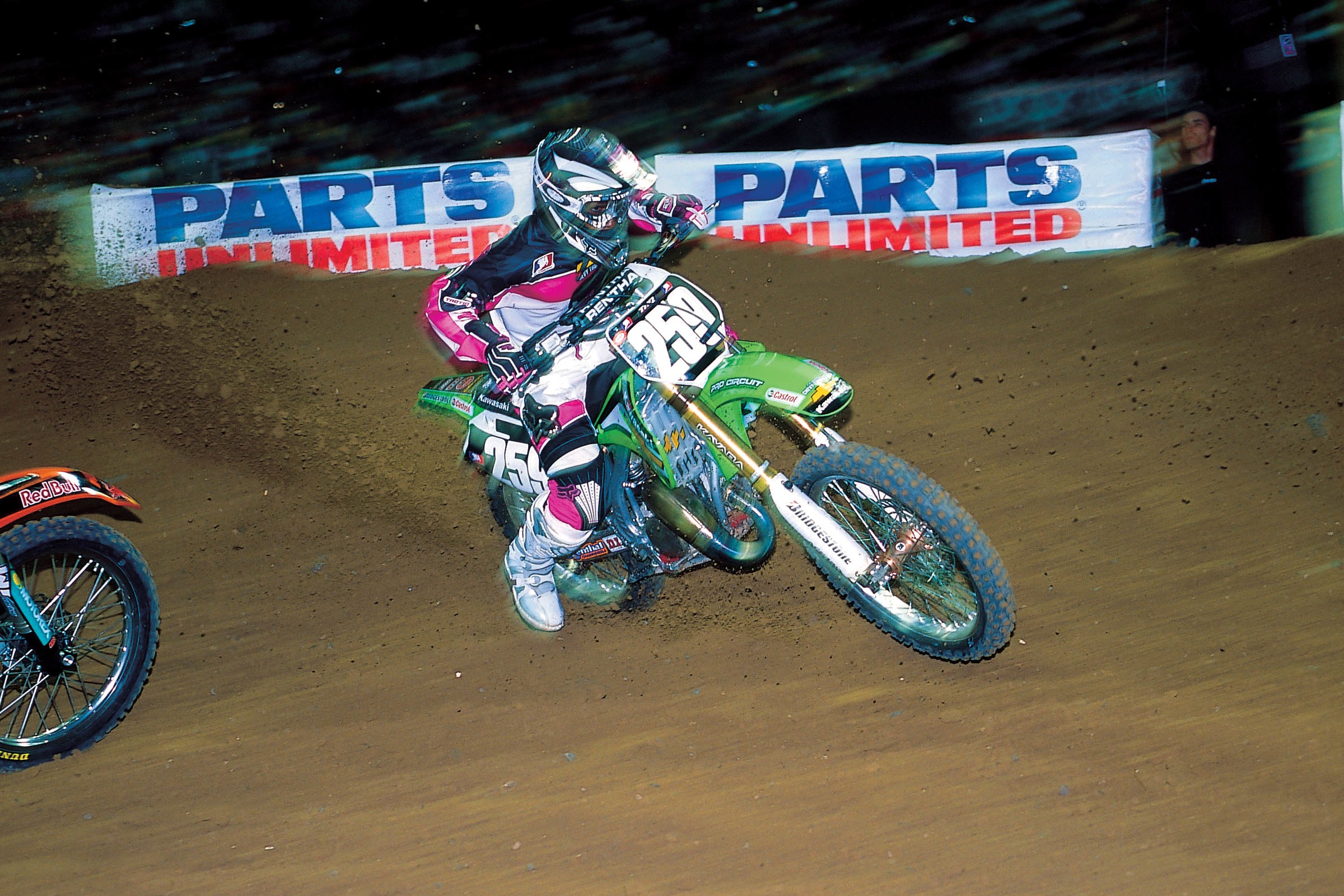 In the Mag, The History of the East-West Showdown

"Civil Wars" appears in the June issue of Racer X magazine. Want to give our revolutionary new digital edition a try? You can read this feature in its entirety and the entire issue for FREE. Go subscribe after reading!

It started with a simple idea back in 1985: add a support class for young 125cc riders to learn the ropes in AMA Supercross, and also to give the fans more racing. But things got a little more complicated when the decision was made to divide the series into East and West regions to make the learning curve a little easier and less expensive, as well as open up opportunities for young prospects all over the country. And to gauge who was doing better (not to mention fill some middle-of-the-country starting gates), they went ahead and opened up some of the races for riders from either region. That’s how the East-West Showdowns were born into what’s now known as Monster Energy AMA Supercross, and from day one they have offered some of the most intense racing the 125/250 class has ever seen. They’ve also made for some anxious moments for title contenders and team managers alike.

“I love the East-West races, because you’re racing everybody and if you win, you can say you beat them all,” Monster Energy/Pro Circuit Kawasaki’s Adam Cianciarulo said after winning this year’s first Showdown race in Atlanta, his third career win in an East-West event. But while Cianciarulo excels at the East-West races, a championship has eluded him throughout his career (though he is in the driver’s seat this time around).

“I’ve won the Vegas East-West finale twice, but both of those times I came up agonizingly short on the championship,” Adam says. “Though in 2017, the way that whole deal went down, I never thought I could possibly win it or whatever.” He’s referring to the three guys ahead of him in the points all struggling: Jordon Smith crashed out, Joey Savatgy melted down, and Zach Osborne crashed off the start, then caught Savatgy with two turns to go and knocked him down. Up until that dramatic moment, the winner Cianciarulo, already across the finish line, was going to claim an unlikely East Region Championship. It was Osborne instead, but Adam did earn a largely ceremonial title as the best 250SX rider when they all raced together: “I’d say it feels good to be the best Lites rider.” Just not a champion. Yet. But over the years, as the East-West concept evolved, lots of eventual champions have claimed Showdown wins (and, from 1997 until just last year, Shootout wins—more on that later).

The Racer X Digital Edition has been completely rebuilt, allowing readers to scroll vertically from the beginning of the issue to the end on any digital device. Gone are apps, downloads, and third-party domains in favor of a single interactive document with dynamic motion and embedded video content. A “clickable” Table of Contents is accessible with one press for immediate, frictionless access to any part of the magazine. Test ride the issue and read "Civil Wars."