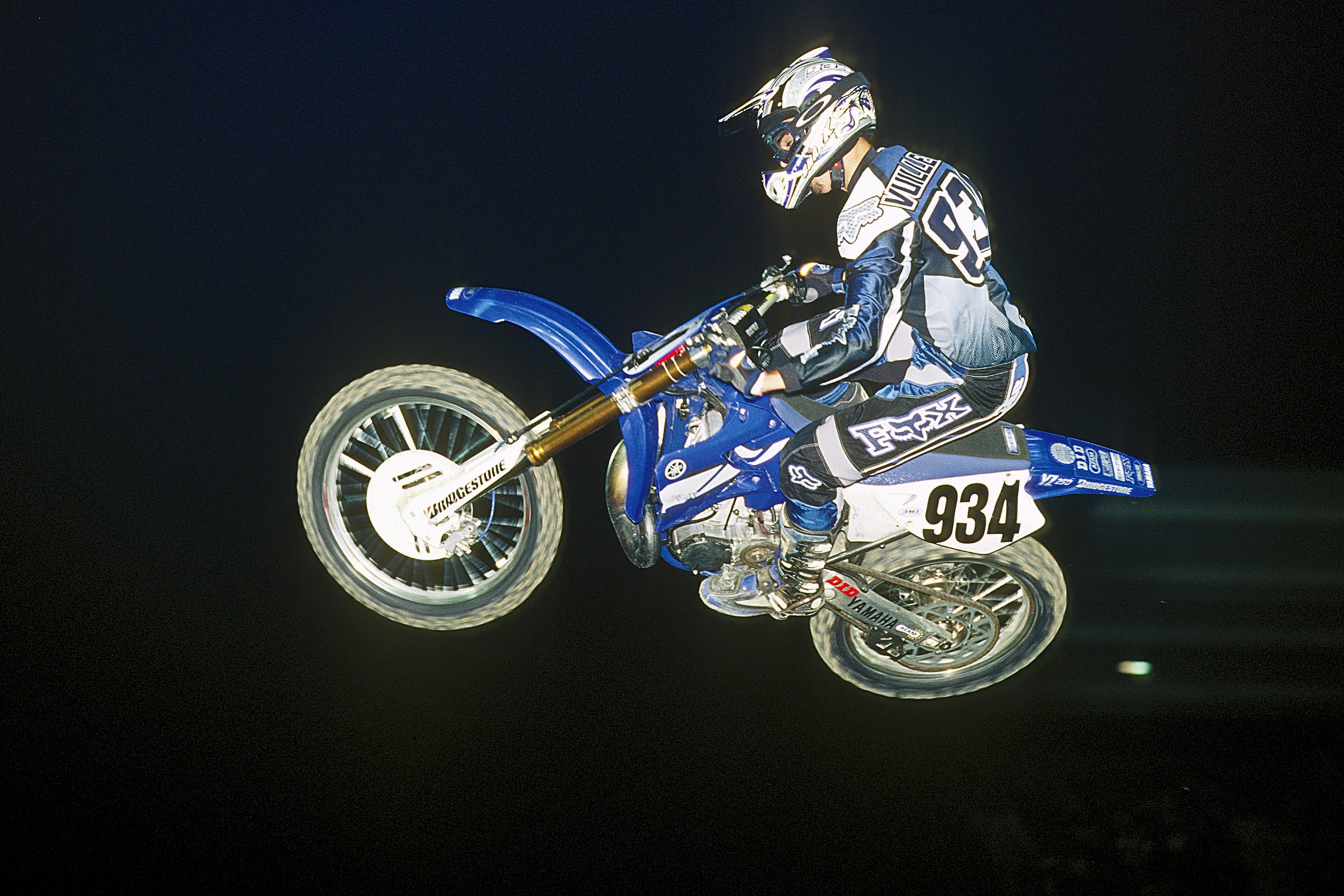 David Vuillemin captured premier-class supercross race wins while battling some of the best ever—he's one of the few who can claim to have beaten both Jeremy McGrath and Ricky Carmichael for a victory—and these days works with fellow Frenchmen Marvin Musquin and Dylan Ferrandis. His influence was felt on Saturday, when both riders took the 450SX and 250SX victories in Seattle.

Vuillemin is one of the most outspoken and unfiltered characters in the sport. In this podcast, recorded during the Seattle post-race press conference, he shares his thoughts on many topics, such as Chad Reed still being the best in the whoops and how starts don't matter as much as people say. DV doesn't focus on the mental game, the hype, or the gossip: he looks at the riding. The riding is what matters.

There's some similar no-nonsense work going on in the helmet game these days, as a focus on concussions has led many helmet companies to make huge improvements. Many brands use MIPS to improve the safety of their helmets. What's the science behind it? Company CEO Johan Thiel comes on to discuss.