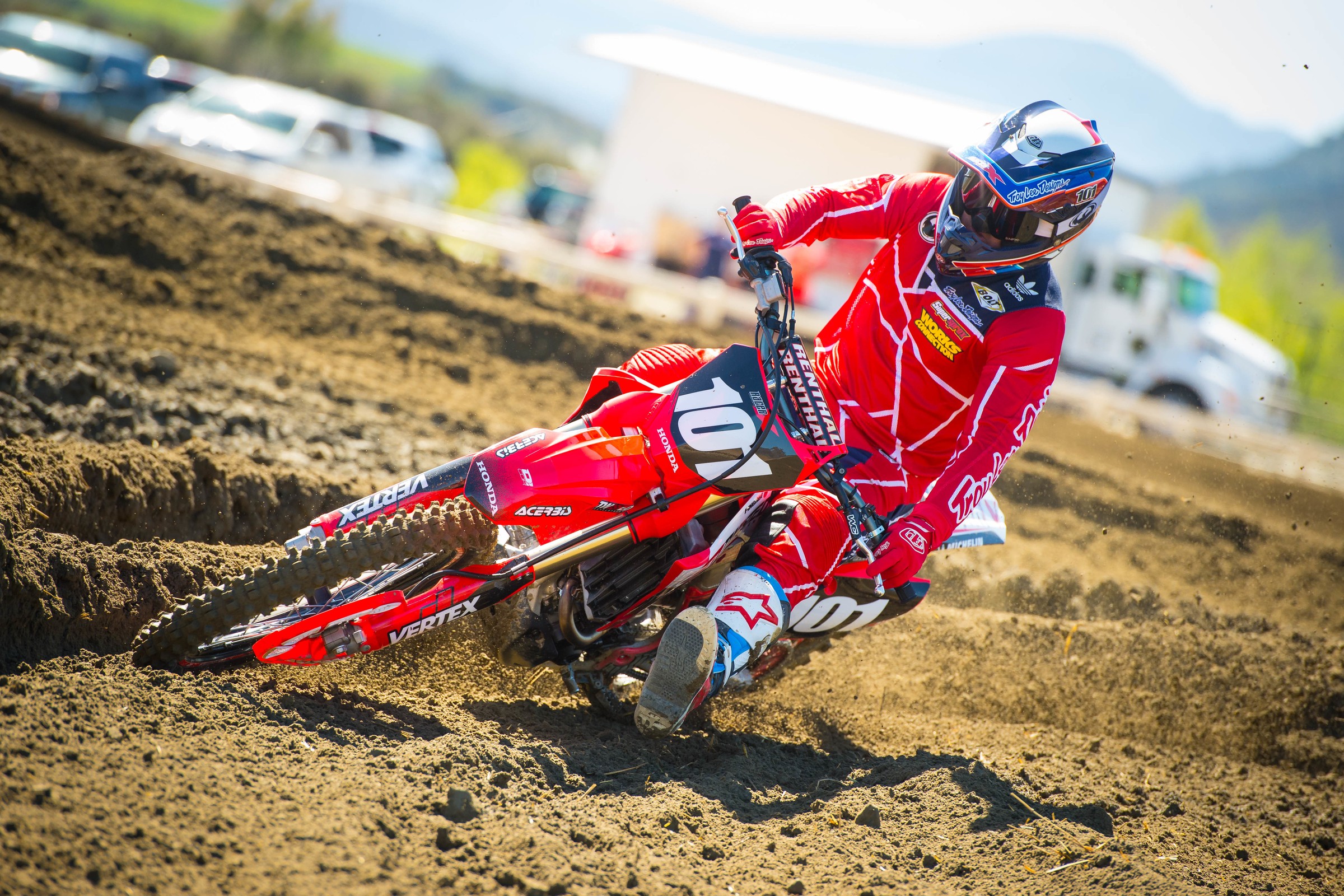 What are your thoughts on luck ?? Could you bottle it and add it to your lotions and potions product range? In a racer x article a rider is quoted

"...I feel like I’m riding well, but things aren’t really going my way. I’ll keep plugging away and wait for my luck to turn."

Deflection or Humility? Is waiting a good plan? Some philosophers say Luck is what happens when talent meets opportunity. Linked to this is a sense of events being in or out of our control. Is luck, luck? A way to put a full stop on the situation? Or something else?

That’s a great question and a very interesting topic. Is luck a real thing? What about fate? Can they both exist? The late, great Colonel Sanders once said, “The harder I work, the luckier I get.” Maybe that wasn’t his quote, but I don’t remember who said it. Either way, from that perspective luck doesn’t seem to be a magical changing of fortune but an intersection of hard work and determination. I’ve definitely had times where I was working my ass off and not having things go my way. Other times it seems like you can do no wrong. I believe that you can work your way into good situations and it will make you seem lucky. For example, if you worked on starts for hours every day I’m guessing you’d get good starts and be able to run up front for a while each moto, avoiding some of the drama that occurs back in the pack. Luck or preparation? On the other hand I’ve known people who exercised, ate well and lived extremely clean lives who got cancer and died before they turned 50. Bad luck or bad genetics?

My advice would be to work your way through bad luck because often times you’re one good ride away from turning things around.

I really like your column and perspective on the sport we love.  My question stems from some riders commenting they didn’t ride much during the week because of the lime issue.  We hear this comment a lot for other reasons.  How big of an impact is missing one week of practice?  How long off the bike before it almost certainly effects race day? At 58 I ride MX tracks almost every weekend, sometimes twice.  As much as I look forward to it, if I miss a week I don’t feel much different, maybe even a little more excited.  I recognize my riding level is strictly for fun and I stay below my 80% mark, what’s it like at the pro level?

Thanks for your time,
Ted Jennings
New Bern, NC

If you didn’t already know, pro racers are superstitious creatures of habit. They certainly aren’t going to forget how to ride a bike in the matter of a few days, but that’s the routine they are used to and they don’t want to veer away from it. It can affect them mentally, which leads to them riding tight and feeling uncomfortable on the bike come race day. Personally, I think there is too much emphasis on quantity in this sport rather than quality. MotoGP racers, car racers, and off-road truck racers spend very little time on a track doing laps. Our athletes will put in laps three or four days per week for the entire season. There is certainly value in doing the work, particularly in pre-season and during the nationals; you can’t replicate time on the bike with any type of cross-training.

However, in supercross the more laps you do the more likely you are to sustain an injury and the more likely you are to have a mental lapse that causes a crash and/or injury. I don’t know where the break-over point is but riders are over-doing it right now. Interestingly enough, you’ll often hear of riders taking time off the bike for one reason or another and coming back better than ever. This can be that added excitement you spoke about or maybe just being fresh from the break. Either way, it supports my idea of focusing on quality over quantity.

So, unless Chad Reed pulls something extraordinary out of the hat, there will be a new SX champion this season. Do you have any thoughts on which new champion that would be best for the sport? Which rider could raise the interest in the sport, globally or in the US? Who would sell more energy drinks of one or the other brand? Attract outside sponsors? Make people buy more bikes and make the manufacturers interested? Most people in the industry seem to think a totally dominant rider is the best, but I´m not so sure. I lose my interest when a rider is dominating. What if Musquin goes on a five year winning streak in the US and Herlings does the same in the GP:s? Same bike, same sponsor, same podium speech, same, same, same. Would that be good for the sport? Maybe I´m just old?

Well, I’d love to see Adam Cianciarulo move up and be our new champion, but I’ll have to wait for that. I think it would be an incredible story for Ken Roczen to win this championship. After what he’s been through it would be amazing to see him win the biggest championship in motorcycle racing. Ken is good with fans and the media and I think he would do a great job promoting the sport. But I think the thing that would be best for us as a sport is if we had different champions each season. It’s awesome NOT knowing who is going to win on any given Saturday and having a handful of guys who could still win the title as the series approaches halfway; that is really rare in this sport. Typically by this point we have one guy who has lifted his leg to the series and is actively mind-humping the competition every weekend. This year, just when you think you have it figured out, it changes. I think that is the best option for the sport moving forward.