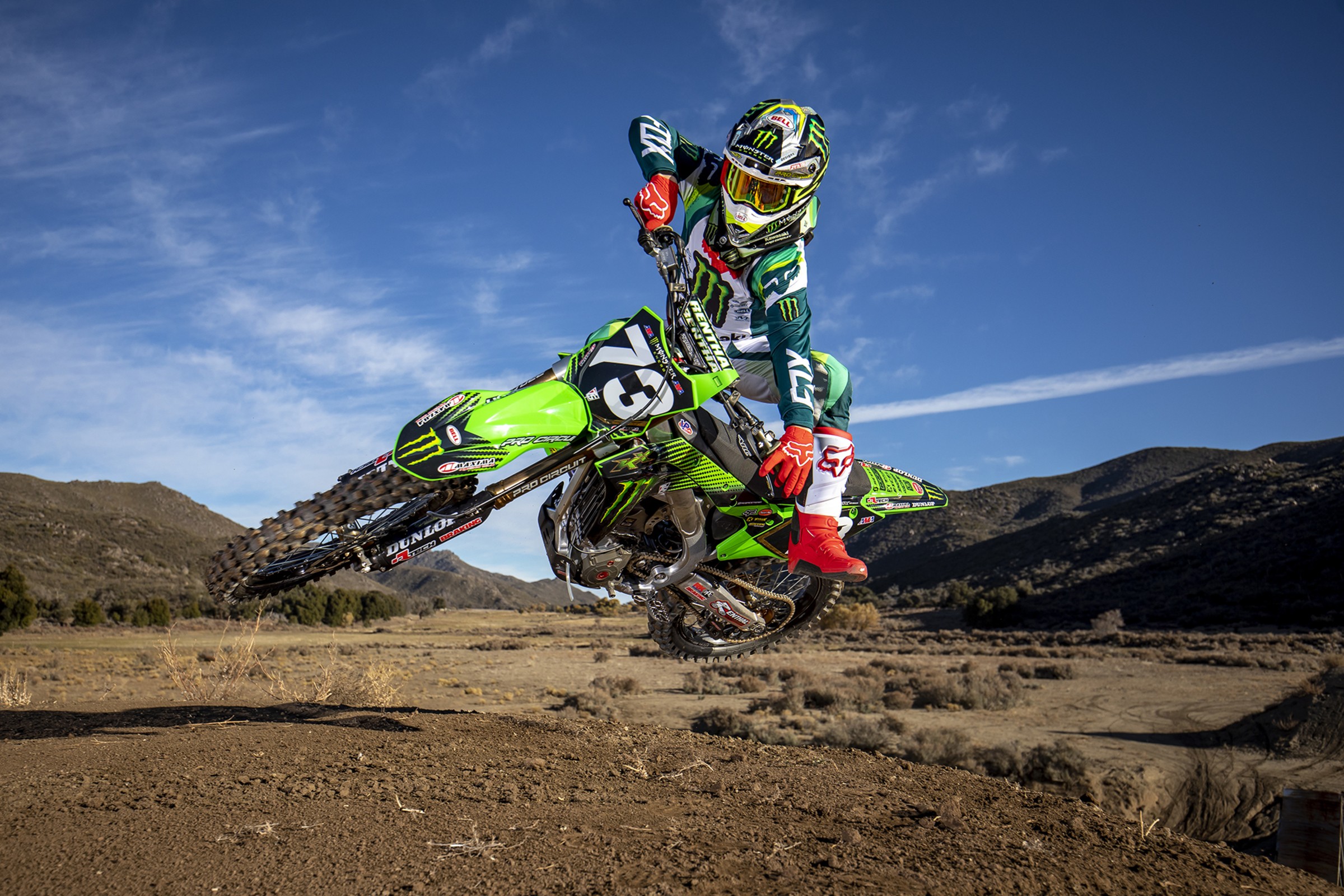 The 250SX East Region will kick off this weekend in Minneapolis and each rider has had their own approach coming into this weekend: some have been perfecting their bike set up, others have focused on their riding technique, and a few took the extra time to recover from preseason injuries. We will find out this weekend who made the most of their time.

For this week’s 3 on 3, Jason Thomas, Jason Weigandt, and Steve Matthes discuss expectations for the 250SX East Region this season.

1. Which rider in the 250SX East Region is ready to make a big leap this year?

Jason Thomas: I think the rider that most aren't thinking about is Chase Sexton. He is usually one of the fastest riders on the track, but his starts make that irrelevant at times. If he can figure out how to get into the top five consistently on the first lap, I think Sexton will make waves. The usual suspects will be great (Forkner, Marty, Smith) but Sexton has a real chance to join that mix.

Jason Weigandt: I’m all in on Justin Cooper. He was a “flying at the test track” guy in supercross a year ago and finished an okay ninth in his professional supercross debut at Anaheim. He was getting the nerves out. Then he was knocked out at round two and that was it. Now, it’s easy to say flying at the test track doesn’t translate, and for some it doesn’t, but he was also “flying at the test track” before Lucas Oil AMA Pro Motocross and that speed turned out to be legit; he was top qualifier at half of the races and a strong third in points. Cooper is basically a supercross rookie still, since he only raced one SX last year. However, he grew up racing a lot of arenacross, and he’s a little older than the average rookie, so I think he’s seasoned beyond his years. Do I think he can win the title in his first full season? Probably not. But I think he will be an instant contender and surprise a lot of people.

Steve Matthes: I like both those Cooper and Sexton picks. Both guys I think will get podiums and maybe their first wins this 250SX East Region season. I'll make my pick a rider who switched teams this off-season, a rider that's had a couple of seasons of bad luck indoors after some breakout rides, a rider that’s proven to be an outdoor warrior but lacks some of the finer touches indoors. But a rider that, with an all-new yellow rocket, is working day in and day out with one of the best riders in SX history, as well as a mechanic that has guided a Suzuki rider to a 250SX East Region title (beating Ricky Carmichael by the way) before, and knows the value of consistency. I'll take Alex Martin to make the big leap.

2. Who are your title favorites?

Jason Thomas: I spilled the beans a bit in my first answer but I think there are three riders all thinking this is their series. Austin Forkner is my pick to win but I think his teammate Martin Davalos will be lights out a few times this season. Both of those two will start up front and set blazing lap times. Can they avoid the costly mistake that has plagued them in the past? That's the question only time will answer. The third of these, Jordon Smith, has been in the championship conversation for a few years. He might be the most consistent of the group and that gave him a real chance to win the 2017 East Region title. He might be coming in under the radar for some, but I expect him to hang around the points lead week in and week out.

Jason Weigandt: The obvious choices should be the Monster Energy/Pro Circuit Kawasaki duo of Forkner and Davalos, and also Jordon Smith from Troy Lee Designs/Red Bull KTM. These guys have all won races before (and another established player, Christian Craig, is still struggling with a thumb injury). But these championships have a way of surprising us, like Colt Nichols holding the 250SX West Region points lead for four weeks this year. Who will be that guy in the East? Maybe Justin Cooper (see above)? Chase Sexton? Mitch Oldenburg? Someone is going to be a surprise contender, but if I had to bet money on this, I’ll go Smith by a hair over Forkner.

Steve Matthes: Title favorites are the usual guys... Forkner and Marty will be great, Jordon Smith is always underrated, Christian Craig is coming in without much time under his belt but is working with Connor Fields, BMX gold medalist, so all these guys will be good. But I've got my eye on a veteran rider who switched teams this off-season, a rider that's had a couple of seasons of bad luck indoors after some breakout rides, a rider that’s proven to be an outdoor warrior but lacks some of the finer touches indoors. But a rider that, with an all-new yellow rocket, is working day in and day out with one of the best riders in SX history, as well as a mechanic that has guided a Suzuki rider to a 250SX East Region title (beating Ricky Carmichael by the way) before, and knows the value of consistency. I'll take Alex Martin to make the big leap. Yes, I'll go with Alex Martin. [Ed note: Yes, Matthes just copy and pasted his first answer.]

3. Is this finally Marty's year?

Jason Thomas: How many times has this question been asked entering a season? It's a legit question but there's no way to know that. He is almost always the fastest guy in the class and usually wins his heat race. Somehow, some way, though, he finds a way to get into trouble over the course of nine or so main events. Last year it was a first turn crash at the first round that derailed him. Several years ago, he was taken down by a mid-week practice mishap while in position to win the title. I am 100 percent certain he will be in the mix to win races but I just can't guarantee that things will go to plan over the next few months. Only Marty can change the narrative on that.

Jason Weigandt: One underrated thing about Marty is how much he has improved over the years. At one point, he wasn’t fast enough to win all these heat races. Then he started winning those, but remember how crazy it was that he couldn’t win a main event? Once he finally did that, a championship became the goal, but he used to be way too inconsistent. In both 2014 and 2016, though, he was doing all the right things (titles might have happened if not for a snapped chain one time and visa issues the next). I just want to give Marty credit for getting better. As for this year… man, these other guys are good. I think Marty will be good and fast but for once I think someone will just edge him instead of the bad luck anvil landing on his head.

Steve Matthes: No, it's not. I'm sorry Marty, I know I've always been there for you and you are balls-out fast. We all know this. You're an amazing technical rider and a savvy veteran, you should've had a couple of these titles by now. Something always seems to happen... from a broken chain to a visa problem to another rider leaving his throttle on and taking you out—it's one thing after another. Something about zebras and stripes I suppose.

I have a bet with Mitch Payton that Alex Martin will beat Marty in the overall points this year. If he does, Payton's driving up here to co-host the PulpMX Show. If he doesn't, I have to drive to PC, buy Mitch lunch, and clean the shop. Oh, I KNOW that if Marty and Troll raced 10 times, Marty will beat him at SX nine of those times—maybe all 10. But week in and week out has been tough for Marty. He will probably win three races but will miss some and the Troll Train will zoom on by in the points.