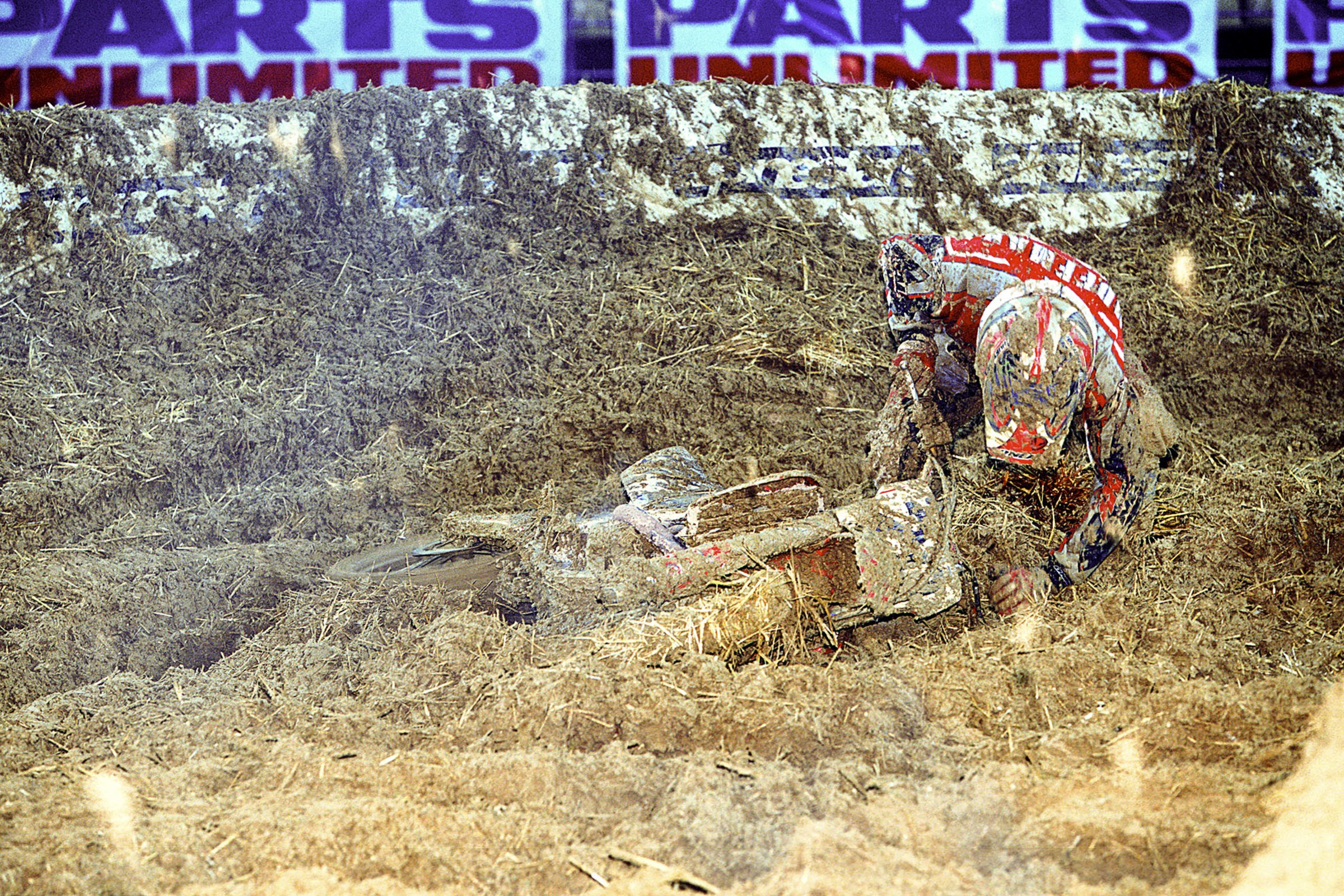 On This Day in Moto December 7

December 7 will forever be known in America as "a day that will live in infamy" following the surprise attacks on Pearl Harbor by the Japanese in 1941. As far as our sport and racing goes, because of the lateness of the date on the calendar December 7 was just a little late for the old Trans-AMA Series as well as the more recent Paris-Bercy Supercross races in France, and a little late for the newer World Supercross rounds that popped up early in this millennium. But we did find a few things that happened in moto on this day otherwise known for that aforementioned infamy...

Yesterday we talked about the remarkably muddy Seville Supercross of December 6, 2003, and the fact that we couldn't find any footage of the race, which was won by New Zealander Darryl Hurley. Well, a reader named Jospeh Wertzberger sent us a link of Bar-to-Bar 2004 and the first race featured is that mudder from Spain 15 years ago. Check it out right here (and thanks Joseph):

Ever heard of the Italian Superbikers Championship in Bologna, Italy? We hadn't either. But it was held on December 6-7 and the overall winner was Yamaha-mounted Ricky Johnson, the visiting AMA Supercross/Motocross star. The race was reportedly held on a tight, twisty dirt/asphalt hybrid track inside a soccer stadium, matching motocrossers like Johnson and Honda-mounted Bob "Hurricane" Hannah against some of the world's best-known and successful road racers, like "King" Kenny Roberts and "Fast" Freddie Spencer.

The war between the AMA and Clear Channel was going full steam ahead after the AMA announced that they had a new supercross partner in Chicago-based Jam Sports. While the new promoter was announcing a schedule of cities (but no stadiums) for their 2003 AMA Supercross Championship, Clear Channel used this day to announce a partnership with Spanish road racing giant Dorna, then the organizers of the FIM World Motocross Championship, to jointly sanction the 2002-'03 Supercross as an FIM World Championship. The deal remains in place to this day.