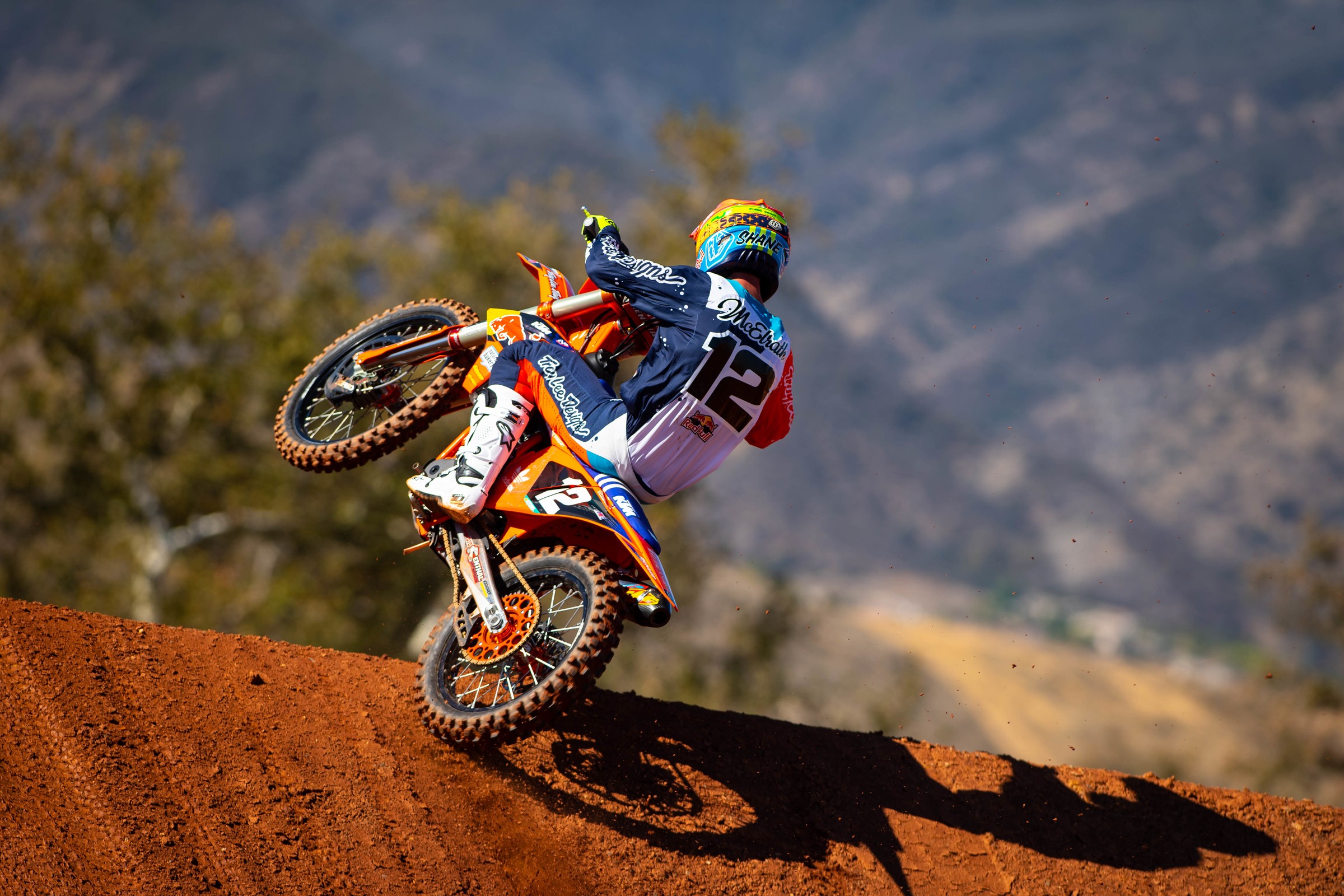 Do you doubt Shane McElrath? It's okay—sometimes he doubts himself. Shane was once a complete unknown on the national level, until Zach Osborne's dad (yup!) took a liking to him and got him some training time at ClubMX in South Carolina. Shane improved, then found a way to stay at Club full-time by performing tasks around the facility, like pouring concrete. He got even better the next year, and that's when he got his break: after battling the likes of Cooper Webb at Loretta's, Shane was discovered by the Troy Lee Designs team. He's been a TLD project ever since, and he's delivered five supercross wins and a 250 ClassMX overall during the last two seasons. But, thanks to those humble roots, Shane still probably isn't recognized as the 250 title contender he actually is. He's okay with that, though. Staying humble is the mantra Shane preaches every day.

In this episode of the Racer X Exhaust Podcast, Shane talks with Jason Weigandt to explain his journey from local racer to national pro, and how those roots keep him grounded today.