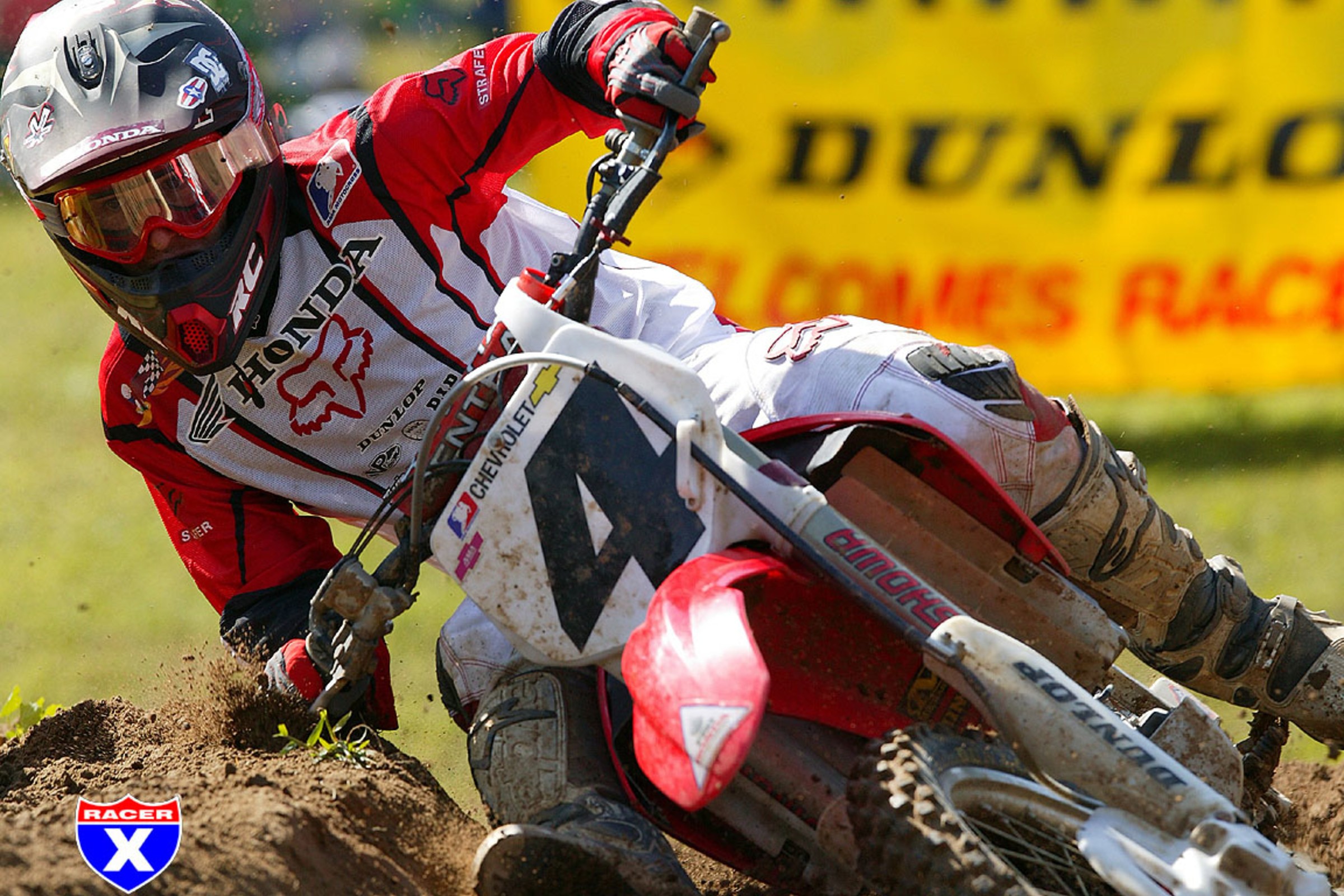 On This Day in Moto November 27

Today is the birthday of the GOAT himself, Ricky Carmichael. The 15-time AMA Supercross and AMA Pro Motocross Champion had the most prolific career in the history of motocross, winning 102 outdoor nationals, 48 premier-class AMA Supercross races, the Motocross of Nations, and countless youth and amateur minicycle titles, and a continued presence in both amateur and professional racing as a brand ambassador, broadcaster, teacher, event promoter and more... He doesn't own every record in AMA racing—Jeremy McGrath remains the King of Supercross with his seven titles and 72 main event wins—but many of the ones he does have seem just as unbreakable.

Carmichael won ten consecutive AMA Pro Motocross, and he clinched every one of them before the last round. That's why he's called the greatest of all time.

Day two of the Tokyo Supercross was won by Mike LaRocco over Jeremy McGrath.

U.S. Yamaha riders Mike "Too Tall" Bell and "Rocket" Rex Staten went 1-2 down in Brisbane, Australia, at a race called Stefan's Summer Superbowl of Motocross (it's summer now Down Under).  And Stefan, in case you're wondering, made men's hair products.

There's one day left in the 1987 Winter Olympics at Gatorback Cycle Park, and the big winners are going to be Michigan's Brian Swink and John Kitsch of Kawasaki Team Green, and soon-to-be-Yamaha factory rider Damon Bradshaw of North Carolina.

Brian Swink earned his first cover of Cycle News after his wins in Florida at the Mini Os.