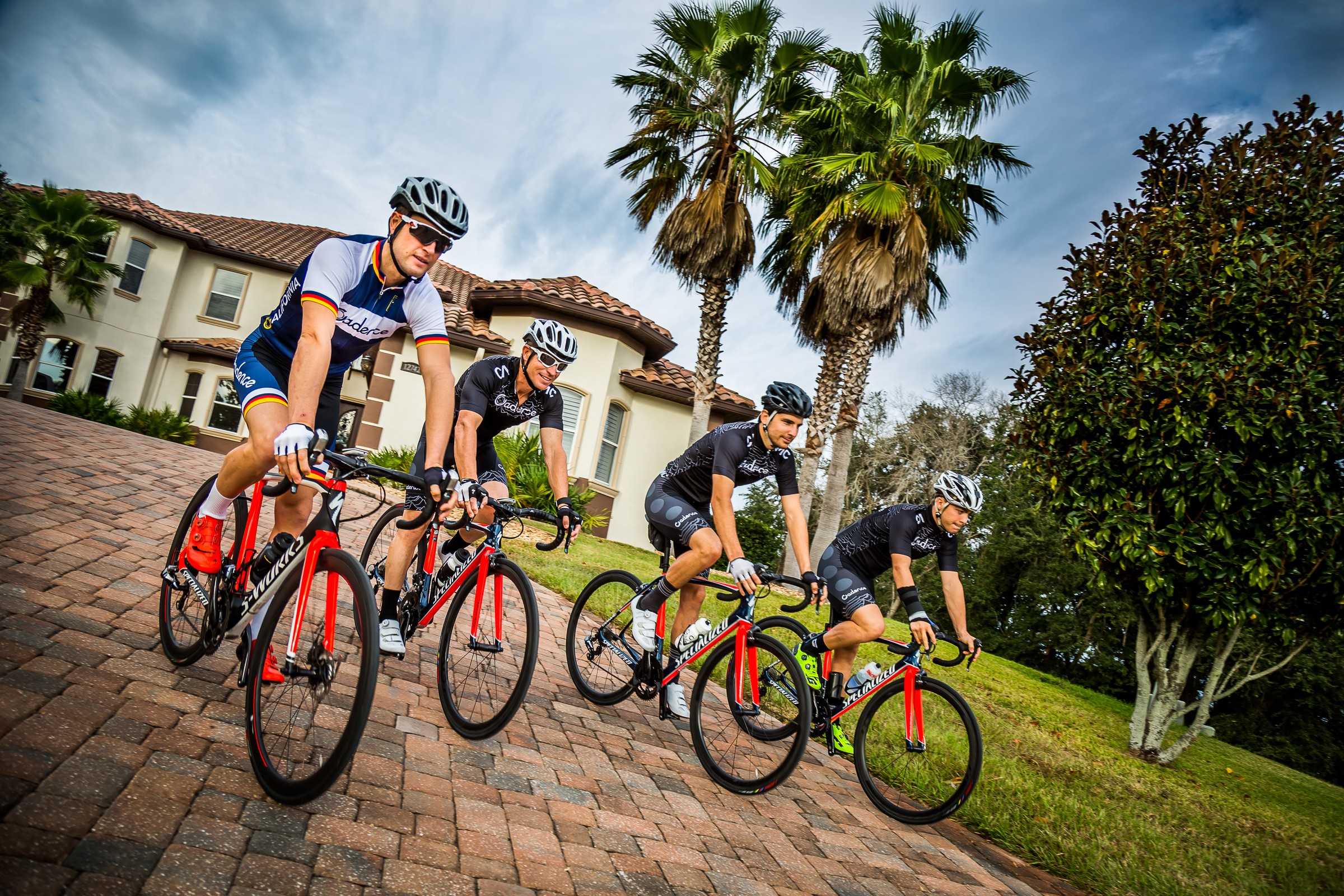 It might be Thanksgiving, Black Friday, and Cyber Monday time for we mere mortals, but for professionals prepping for Monster Energy Supercross, nothing else matters besides being ready for racing in January.

We asked three ex-pros about the timing and schedule for off-season training, which is probably peaking right now for the superstars of supercross. Here’s Jason Thomas, Ryan Sipes, and Jake Weimer and how it all works.

1. How did your training change around the Thanksgiving week time through Anaheim?

Jason Thomas: Thanksgiving is still prime-time training and boot camp is still in full swing. Day after day of riding, cycling, running, and gym workouts are strung together to a point where it almost doesn't matter what day of the week it is anymore. A boot camp day for many programs looks something like this:

3 pm: Bicycle ride for most, running for some. Bicycle ride can be intervals, sprints, or long base rides depending on when this is. In October and early November, the intensity would be lower but the rides would be much longer (base fitness building). The early camp rides can be 60 miles or so with an emphasis on keeping a low heart rate. December and mid-season rides are more like 20 miles but include interval sprints and group rotations to push the pace.

While that schedule may not be daunting on paper, doing it over and over for months is hard work.

Ryan Sipes: October would usually be a lot of volume with less intensity. For example, doing 2-4-hour road bike rides and longer motos at the track. November and about half of December would be shorter workouts but higher intensity. Sprints on the road bike, circuit training in the gym, and 3-5 lap sprints at the track. By the middle of December, the intensity was at its highest, but we would back the volume down just a little bit so I didn’t dig myself into a hole energy-wise. The laps at the track were full race pace plus a few percent. Since riding at that speed brings a high risk of crashes and injury, the goal was to be as fresh as possible every time I was on the track.

Jake Weimer: The training in December just tapered off from October and November. For me, December was the easiest. My boot camp was in November, so that was the most difficult month. After that, it changes from “boot camp” and building fitness to then maintaining through the season. Building and trying to improve fitness happens in the off-season, and the big months were usually October and November.

2. Boot camp time is said to be harder than race season because you don't have to rest up to be fresh on Saturday. Give us an example of something extra you would do during boot camp time that you would not do in January.

Thomas: Boot camp is just a brutal grind. There is no concern given to "how do you feel?" or "I'm tired". Everyone is tired. That's a given and also the point. With so many consecutive weeks of travel and racing, mid-season training is always a balance to stay healthy and strong. All of the training in the world is pointless if you're drained on Saturdays. There are countless days during boot camp where I would have wanted to do ANYTHING other than workout, ride, and bicycle that day. Everyone's body is screaming for time off and rest. That's the main difference. During the season, you would take it easy if you were weak and tired in hopes of recovering by Saturday. That's also what boot camp accomplishes. By burying yourself in November, your body is able to recover quickly under a much lower workload mid-season. Race day is a walk in the park compared to a Wednesday in the off-season. Ricky Carmichael used to say that race day was the easiest day of the week. With the workload he and riders at his level put in to prepare for the season, he's absolutely right.

Sipes: Mainly we would just ride more. During race season I would ride three days, usually Monday, Tuesday, and Thursday. Monday and Tuesday would be longer days doing motos and working on sections, and then Thursday was usually a few sprints and some starts—just enough to feel good on the bike for the weekend but not be worn down, either.

Pre-season was different in that we didn’t race on the weekends, so we could ride four or five days a week and not worry about being a little haggard. Most of the results you see from these guys at the races are from the work put in months ago, not what they did the Thursday before. Pre-season is way harder than race season but that’s what separates the boys from the men.

Weimer: During boot camp I never did a particular exercise or workout that I wouldn’t do through the season, just less. For example, instead of a 2-2.5-hour road ride it would be a 1-1.5-hour ride. Or a more abbreviated gym routine just to maintain rather than trying to build strength and then be sore the next day.

3. When and how do you taper down when the races come? One week out? Two weeks out?

Thomas: I have seen riders begin to taper in mid-December up till just before Christmas but it also depends on when Anaheim lands. If it's January 9 versus January 2, that can change the schedule, obviously. Tapering can mean different things to different people but for me, it was more about changing how I trained. Instead of doing 2-3 20+ lap motos per day (the most we did was three 30 lap motos per day for weeks on end), the emphasis was put on sprint speed and intensity. The base fitness should be firmly in place at this point, now it was time to find that all important speed. Sprints ranging anywhere from two laps to eight laps replaced the long motos. That emphasis on raw speed would continue to ramp up all the way into the week of Anaheim. When the first race day Saturday finally came, the hope was to be on the razor's edge of intensity and ready for battle.

Sipes: Two weeks of backing it down a bit was what I normally did. Any less and you risk being tired at the races; any more and you might be losing your edge. The key for me was having a really solid October and November so I was comfortable backing it down a few weeks before. If I had an injury or just didn’t put in the work beforehand, it was tough for me to relax and taper when I needed to.

Weimer: The short answer is nothing really changes, it just all gets abbreviated. Bicycle rides, gym, etc. You do less so you can get fresh for Anaheim, but the training and riding never fully stop.