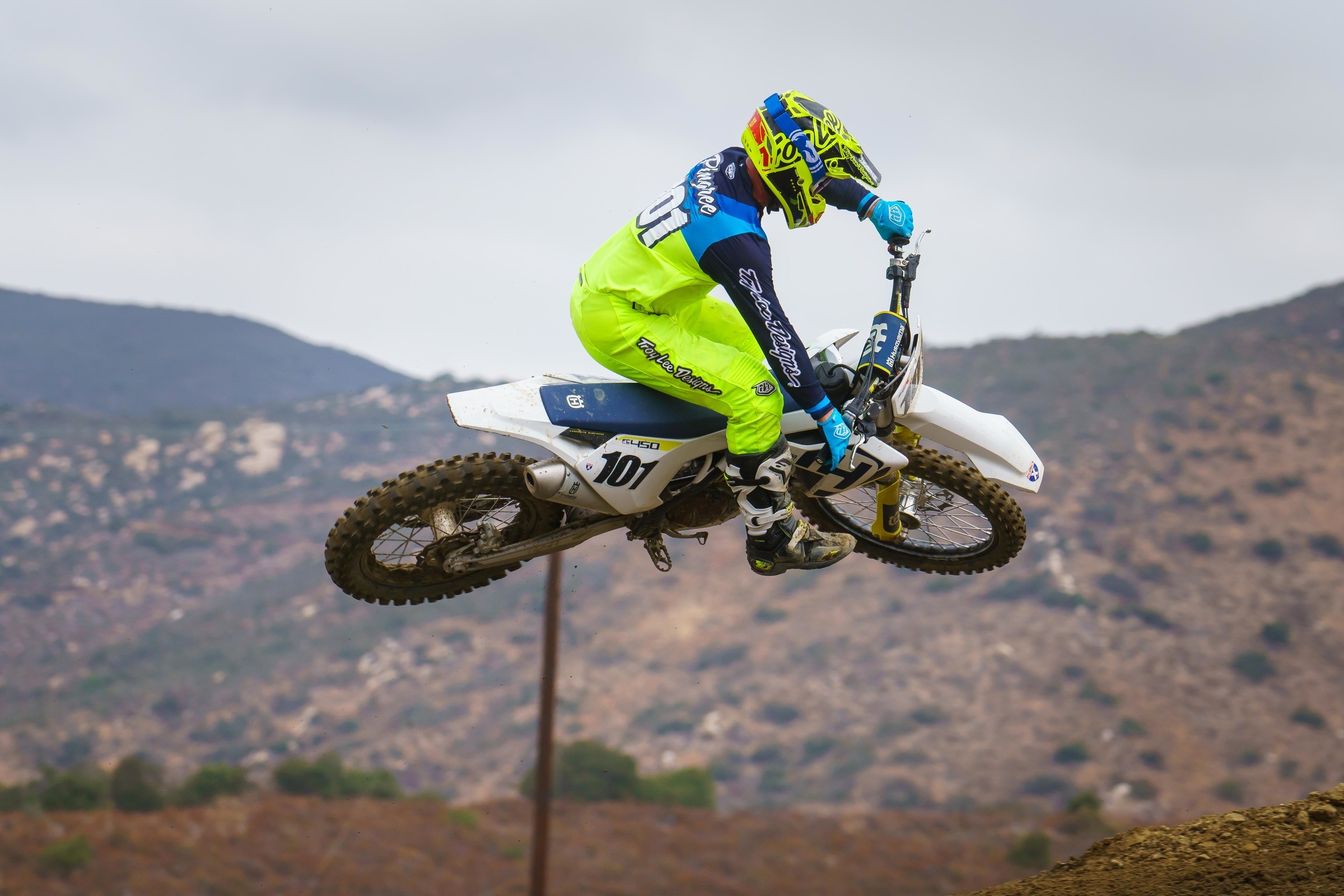 I've emailed you just a few questions over the years, all of which I thought would be useful and entertaining to other moto nerds like myself.  Then I realized the reason you've chosen to never acknowledge me publicly is because I've never done anything to boost your ego. But I just can't bring myself to say that the world would be a far better place if two percent of men were as manly as you. And no way will I acknowledge how honorable it is that you risk your life as a fire fighter, raise a family, yet still have time to stay involved with the sport that was your former career. And to hell with acknowledging that your moto industry understanding always has and always will far surpass mine. I just can't bring myself to write anything like that.

Since I won't be boosting your ego and getting this answered, if I were to ask one question, it would be.... why can't pro racing be these 2 classes: 125 two stroke, and Open class?

The list of why that would be awesome is endless, and would end all of this circular debate on what classes and bike types should and shouldn't be. Early career guys and Steve Lamson-types would race the 125 class, and the manly men would duke it out in the open class.

Thanks and no thanks?
Wheelsquad

I’m sensing some sarcasm in that stroke-job. Trust me, I don’t equate any of my self-worth to the thoughts or opinions of motorcycle enthusiasts I don’t know. My validation comes from my faith, family, and achieving whatever personal goals I set for myself, and nothing else. If your question didn’t make it to this column it’s because your question was something I’ve already answered recently or it wasn’t an interesting question; it’s a very simple criteria.

The class formula you’ve mentioned would be an excellent compromise if politics weren’t involved. I’ve been a pom-pom toting cheerleader for the 125 movement for years and an Open class would be an easy way for manufacturers to lean into their four-stroke programs or pour some marketing dollars into the two-stroke market. Did you know that all the factory KTM’s raced at the Red Bull Straight Rhythm were 300cc? The class limits were 150cc and 300cc and KTM just happens to have a 300cc cylinder that bolts right onto their 250 chassis. So if you were impressed by how throaty those KTM’s sounded, now you know why. The sound of those things going by made the hair on the back of my neck stand up. I don’t have a particularly hairy neck, but what I had was standing at attention. I don’t know if a privateer kid could hop on one of those and be competitive against 450’s, but it would certainly be closer than a 250cc. The problem is that Honda/Kawasaki/Suzuki would never go for that because they don’t make 125’s and they’ve committed to riding this four-stroke shit-show right into the ground.

They’d have to fall on their swords in shame if they admitted they made an error that is killing the growth in the grass roots segment of motocross racing. And if a sanctioning body or promoters group tried to force it, those manufacturers would simply stop going racing. Ask the road racing folks how it works out when you play chicken with those companies. For what it’s worth (very little), I like your idea. Thanks for writing in… again.

What makes factory brakes so good? I am thinking it is not just about producing sheer power, but rather just the right touch to get the squeeze a factory pilot likes. If I remember right Kevin Windham is one rider who was very articulate about wanting factory brakes on his bikes.

Please give us the “101” of the factory binders, how the production brakes stack up and how we can put together a factory brake for us mere mortals from the Part Unlimited or WPS catalogue?

Factory brake setups are a lot like the engines on those bikes: all the power you want and tunable specifically to the rider. The systems that the factories use are similar in design to the production units, they are just manufactured with better materials to tighter tolerances. They also pair the master cylinder and calipers to quality steel braided lines and, in the past, larger rotors. In recent years, manufacturers have gone to rotor sizes close to or the same as what they race with.

While you would be foolish to spend the money to buy the whole setup the factories use, assuming you could, there are ways to build brake systems very close to what the factory teams are using. As I mentioned, the rotors are already good and the production master cylinder and calipers are good for 99 percent of the population. Change the brake fluid and replace it with a high-quality DOT 4 product (I always use and recommend Maxima). Order a quality steel braided line from motorcycle parts store of your choice and find a lever that suits you; I like the Works Connection levers if you don’t like the standard ones. Bleed it thoroughly and then pull the brake lever in and zip tie it with the lever fully pulled and leave it overnight. That forces any bubbles left in the system to the top and you should have a solid feel that is adequate for even a high-level pro. The rear brakes are fine stock, but I still recommend changing the oil from the OEM oil. Brakes are one part that has made drastic improvements over the years and is usually pretty damn good in stock trim anymore.

Follow these steps and you’ll be able to throw yourself straight over the handlebars like you’re being shot out of a cannon… if you’re into that sort of thing.

Do you ever listen to music whilst ripping at the track, to get in the zone...  like Doug Masters in the 1980's classic "Iron Eagle," starring Louis Gossett Jr.?

You had me at Louis Gossett Jr. I do like to use music to get myself hyped up, especially if I’m dragging ass late in the afternoon or if I’m headed to the track early in the morning. I’ve recently found a band called Volbeat and, if you think Doug Masters had some jams, you’ll be pumped on some of these tracks.

I’ve been watching some of Ryan Hughes’ videos though and I’m wondering if I’ve been doing it all wrong. He recommends some meditation, some yoga, some vegan snacks, and what looks like a closet full of handkerchiefs to be worn as scarves along with Sean Connery’s hat. Hey, good music couldn’t help me win any titles during my career so I’m open to anything at this point. Gotta go… these rocks aren’t going to stack themselves.