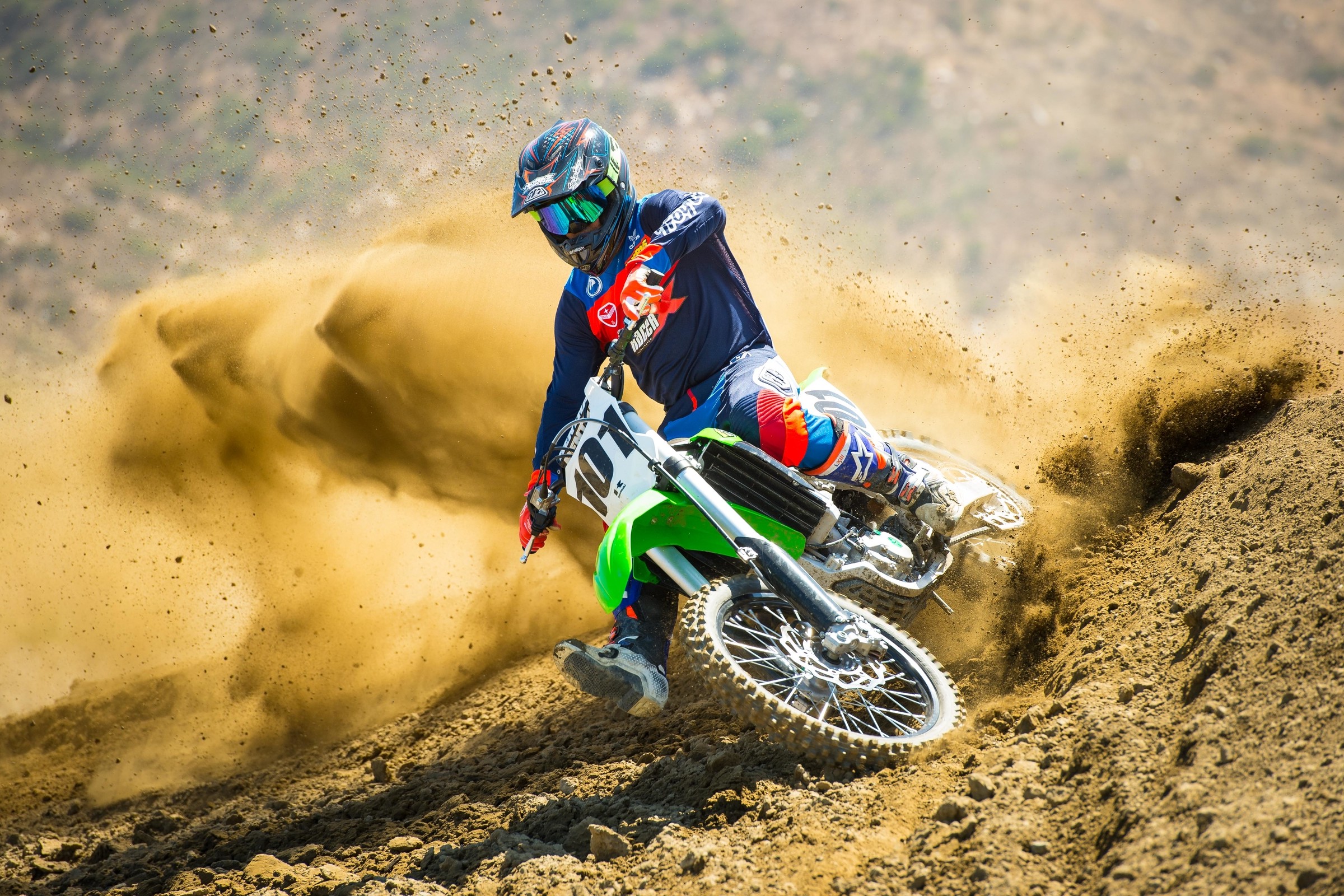 'What if' is often the starting point for the genius inventors of the world. Thankfully lesser minds can also use it for pointless discussion. Therefore, let us rejoice stupidly as we see which one applies to us. What if you could merge all of your favorite characteristics from bikes through the years to create a bike you would be proud to ride into Valhalla...Two-stroke merged with four, electric or big bore? 125 - 500 cc's, or kW if you please? Air or oil supporting your shock coil? Which bits from which brands? No ifs buts nor ands. Suzuki handling with Yamaha power, or kilowatts charging hour after hour? As we near the pagan festival of the macabre, what badass Halloween Frankenstein mafudgery would you create?

Pointless discussion it is. For the sake of our nonsensical drivel, I’ll share with you a bike that will never be built. However, if it were, it would be so unstoppable that no championship would be safe and the sheer volume of panties that would drop would clutter the landscape of the globe. Picture, if you will, a KTM 200 power plant. The Krauts actually produced this motor in the late 1990s and it was lethal. Of course my unicorn version has all the updated parts that the current KTM’s have (Pankle crank and tranny, etc.) and would be tuned by Mitch Payton himself on an unlimited budget. The only direction I would give him is to see if he can turn the spindle on his dynamometer so fast that a thin strip of fire appears behind the rear wheel opening a time travel portal.

Surrounding the engine is the frame from a 1999 Suzuki RM125 with a titanium sub frame. The exhaust is a hand-crafted cone pipe and carbon silencer. The suspension consists of Showa works forks and shock tuned by a Japanese engineer so brilliant he’s awarded the Nobel Peace Prize for his work on shim stacks. Magnesium hubs, titanium spokes and rims are trimmed with race spec Dunlop tires that are so soft the rubber can double as pencil eraser. Titanium chain; yep, I said titanium. Billet titanium footpegs provide a platform so sharp they saw through a new pair of Tech 10’s like a Sawzall through a warm stick of butter.

The plastic on the bike is chrome, like Pro Circuit’s 1996 bikes at the Anaheim Supercross opener. Of course the bike has EFI and runs on the same fuel that Elon Musk used in his Falcon Heavy rockets. The graphics are clean, simple and embedded into the plastic to reduce weight. The bars are a vibration-reducing material that hasn’t yet been discovered and the grips are form-fitted to my hands.

Works Connection parts and pieces grace the machine in a magnesium color not available to the public. I don’t know much about Valhalla but this bike is what would be waiting for me when I hit the pearly gates, so long as I can get in.

With all the hoopla about our results at the MXoN and how the Americans need to step up to the level of the MXGP riders, I'm going to ask… "Why?" It's obvious that SX is king here in the US and we have the best SX riders, so why not exploit that talent since that's what the majority of fans want to watch, and that's where all the money is? SX has twice the average attendance of an outdoor AMA motocross race, it lasts half as long so it's more family-friendly than MX, the weather is less of a factor than MX because it's usually held at night vs. during the heat and humidity of the day, viewing the race is much better than an outdoor race, the racing is generally closer in SX, and half the field isn't being lapped like it is in MX with 40 riders. Europe has MXGP, and we have SX. Europe has F1 and we have Nascar. Two different disciplines. Each one is a huge money-maker in its' own venue and we don't expect drivers or riders to cross over and be competitive in the other sport, so why do we expect the best SX riders in the world to be competitive in a race where the MXGP guys obviously spend far more time preparing for an outdoor race than we do? Even though we do have an outdoor season similar to MXGP, it's almost like comparing apples to oranges, but since the fans like oranges better, lets focus on that.

Damn you and your pragmatic American logic. You know what? You make a really good point and it might just end up that way in the future. I’ll do you one better: Next year we host the Supercross des Nations at an American stadium. If little Jeffie Herlings thinks he’s the fastest rider on the planet, let him sign up for a supercross round and prove it. I’m guessing he’d more likely be the fastest man into plaster. That joke would be way better if casts were still made out of plaster and not fiberglass, but you get the idea. If those elite GP riders were any good at supercross they’d be racing here in the United States. I’ll concede that we will be hard-pressed to beat them at the outdoor game without drastic changes to our schedule. But I don’t think Lewis Hamilton could show up at Daytona next year and win either. Now that I think about it, we don’t need to host an SXoN… every single round of our supercross series is exactly that. See you at A1.

I was wasting time at work looking at my Instagram feed of the KTM Media Intro video’s and I saw Colton Haaker made a comment about how the width of the track does not get used and the riders only use about two feet of the practice track. After watching the video a second time Colton is 100% correct! The blue groove is all of three feet wide at most. I understand the main line is the fast line, but 1 out of 20 guys pulls the holie and the other 19 are trying not to  get slammed by Friese or punched in the head by Peick. Why not practice out of the main line and learn to go fast in an untraditional way around the track? Wouldn’t that be more beneficial that being super good at the main line where you are going to eat roost for 20 laps? My thought is, more practice outside of the main line might result in learning more about passing opportunities so you don’t have to rely on a Musquin or Savatgy wave your buddy by type of deal. Tell me, out of 100 practice laps during the week how many laps are outside of the main line?

Thanks in advance for your smart ass remarks.  Much appreciated on a Friday morning when I am still trolling moto videos and not doing what I am paid to do.

Washed up guy from WI

I can see how that looks strange from the outside looking in, but it happens at every track. The fastest line gets ridden and the loose marbles get brushed to the unridden portion of the track. Depending on how dry the dirt is, those bits can be really slick. That said, I’ve always believed that there is value in mixing it up. I used to have the TLD team riders switch lines up during their motos. I would walk around the track and in different turns step onto the track and force them to change lines. That’s real racing; you don’t always get to just ride your lines and put it on cruise control. In fact, unless you holeshot and check out, that rarely happens.

Often times, ego gets in the way and these riders are more concerned with turning good lap times in front of their bros than working on technique and skills that will actually improve their riding. Personally, I’d like to see a track built that was only about three feet wide all the way around. That all they need, right?