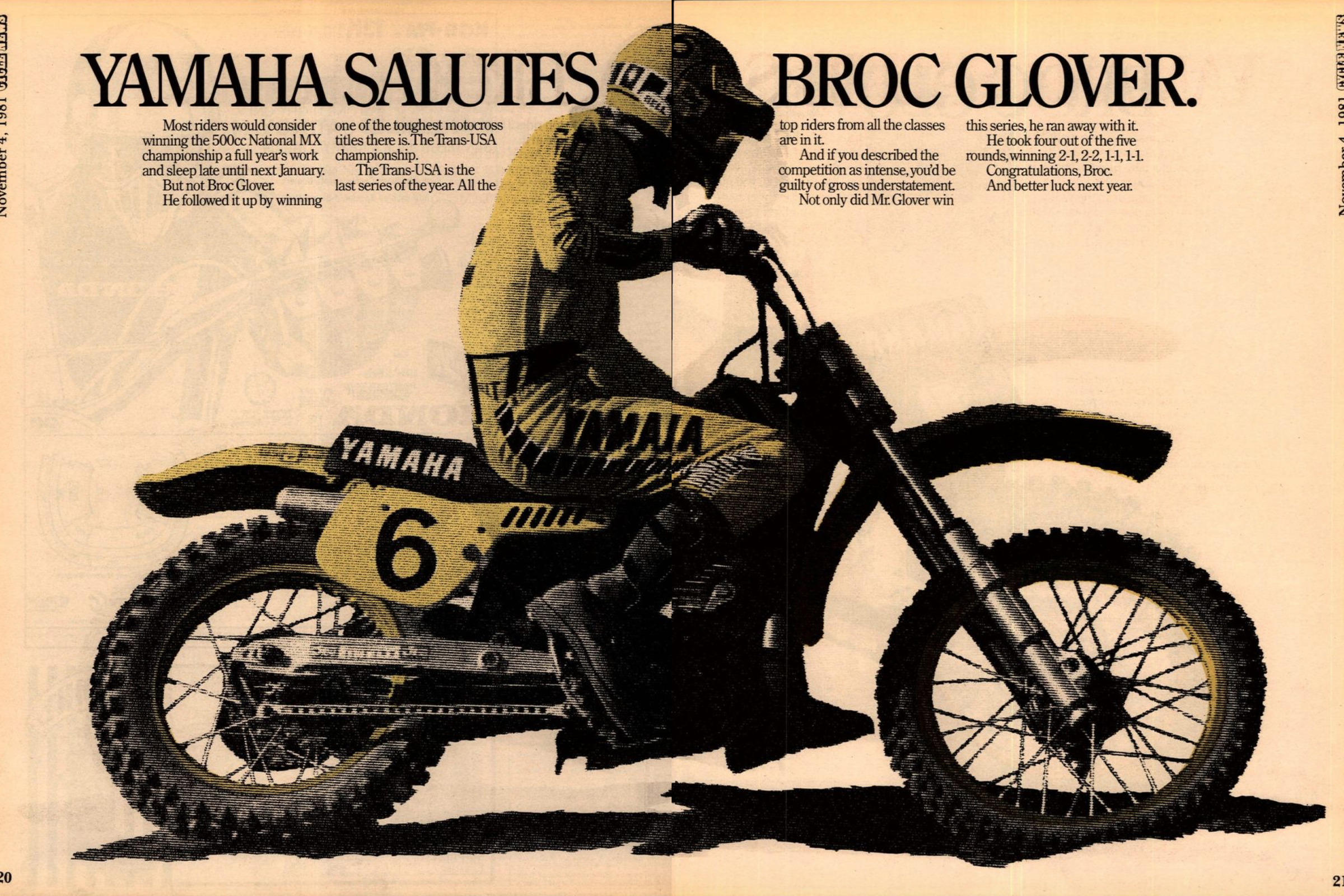 On This Day in Moto October 18

The Inter-Am at Honda Hills in Linville, Ohio, is won by Swedish rider Ake Jonsson on a German-made Maico ahead of Husqvarna's Bengt Aberg, but the score-keeping makes for some criticism from U.S. rider Russ Darnell as he was sure he finished as top-American, but the results tabulations had both Tim Hart and Bob Grossi ahead of him. The only certainty was that local teenager Jack Penton was the winner of the 125cc Support class.

Broc Glover wins the last round of the 1981 Trans-USA Series at Hangtown and with it the series title. The Golden Boy won four of the five rounds. The final standings show how stacked the series was in what was effectively it's last year of factory interest: 1.) Glover; 2.) Mark Barnett; 3.) Darrell Shultz; 4.) Mike Bell; 5.) Bob Hannah; 6.) Donnie Hansen; 7.) Marty Smith; 8.) Steve Wise; 9.) Danny LaPorte; 10.) Rick Burgett. Of the top ten, seven are AMA Motorcycle Hall of Famers: Glover, Barnett, Hannah, Hansen, Smith, Wise, and LaPorte.

And the winner of the 500cc Support class is also an AMA Motorcycle Hall of Famer, as Danny "Magoo" Chandler swept all five rounds aboard his prototype CR480 Honda.

Glover added the 1981 Trans-USA title to the AMA 500 National MX Championship he won earlier in the season.

Team Honda's Trey Canard comes agonizingly close to winning the $1 million bonus for sweeping all three main events at the Monster Energy Cup in Las Vegas, only to crash in the third and final race while chasing after Monster Energy Kawasaki's Davi Millsaps. Canard, who won the first two mains handily, was closing on Millsaps when he clipped the Tuff Blocks on a fast sweeper and went down. He got up to finish eighth, which in turn allowed Millsaps to win the overall with his 3-4-1 finishes, with Eli Tomac second with 4-3-2 scores. Canard placed third.

Today is the birthday of multi-time AMA Supercross winner and Yamaha factory rider David Vuillemin. Vuillemin is one of the few riders in the history of AMA and FIM Motocross who can boast wins in 125SX, 250SX, 250 AMA Pro Motocross and 125 and 250 Grand Prix racing... Actually, he might be the only one! He's also the all-time winningest rider at the Paris-Bercy SX, as well as a member of the first French team to the Motocross of Nations (2001). He is currently working with U.S.-based French riders Dylan Ferrandis and Marvin Musquin.