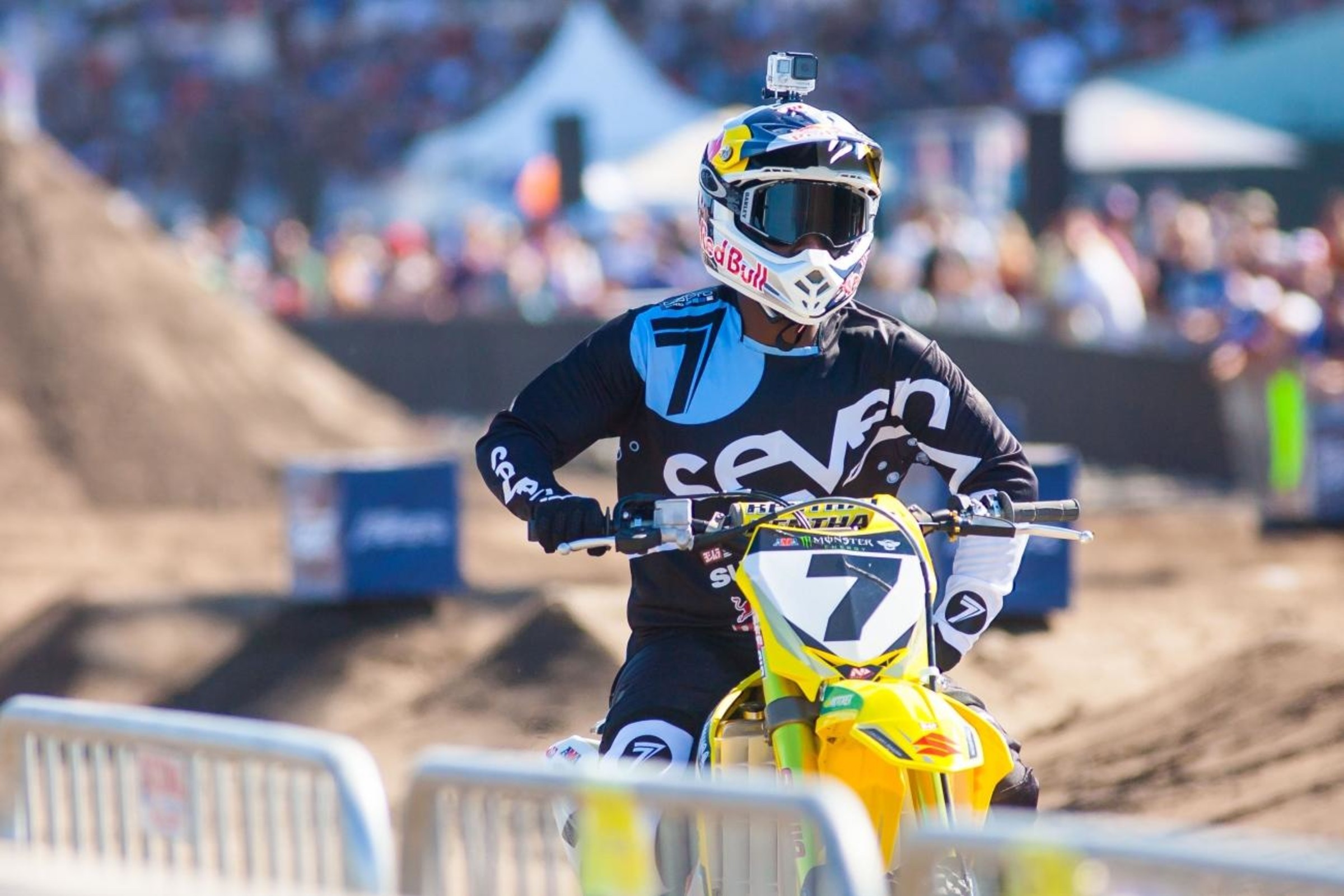 On This Day in Moto October 10

Another year, another Trans-AMA at Unadilla, another win for Roger DeCoster. No track in the United States was better suited for The Man, and DeCoster would win five straight years at Ward Robinson's Upstate New York facility. It was a stark contrast to Roger's relationship with Carlsbad, site of the 500cc U.S. Grand Prix of Motocross, where DeCoster never actually won. Finishing second at Unadilla was the man who dominated Carlsbad the same way Roger dominated 'Dilla, his Suzuki teammate Gerrit Wolsink. But then after the race AMA referee Ron Denny docked Wolsink one lap for riding outside of the boundaries, dropping him to 14th. Second on the day was Kawasaki's Gary Semics, with Husqvarna's Brad Lackey third.

Also of note on this day in 1976, it was announced that newly-crowned 250cc World Champion Heikki Mikkola was ending his deal with Husqvarna in order to move over to Yamaha and back up to the 500cc class, where he beat DeCoster in 1974, and would do so again in the year to come.

A dubious footnote to history: On this day in 2015 James Stewart won the 2nd Annual Red Bull Straight Rhythm event at the Pomona Fairgrounds in Southern California. Riding a Yoshimura Suzuki, and having been on suspension for some 16 months by WADA, Stewart came back and won the 450 class over Ryan Dungey and Ken Roczen while his brother Malcolm would win the 250 class on a GEICO Honda.

Afterward, Stewart told Racer X: "It felt good. It really kind of hit me the first run. When I went over the tabletop—actually, when I went in the whoops, I could hear the crowd going. It was kind of like, "Hey, welcome back." That felt great. So to win that one was cool to me. It's the first time I've won something since last time I was here. I've been on the couch watching these guys win races—[Ryan] Dungey and Ken [Roczen] and all those guys. You start dreaming of this day, like, I don't care what we do; I just want to race against those guys and win something. It felt great. I felt like I had a great welcome back. I couldn't really do any better than that."

What makes it dubious? While no one had any way of knowing it back then, this would be James Stewart's last win to date as a professional supercross/motocross racer.

Another dubious date: In 1982 the last-ever Trans-USA race was held at Unadilla and the winner was Kawasaki's Billy Liles, who hailed from Georgia. Liles went 1-1-3 to top Maico-mounted Mickey Kessler, who went 3-2-1 in the three-moto format and holds the distinction of being the last man to ever win a moto in this once-grand series. As for the last championship title, that would go to fourth-place Dave Hollis, a privateer Suzuki rider. Hard to believe that just four years before this the series still attracted the likes of Roger DeCoster and Gerrit Wolsink and some of the fastest Europeans of all.

On the same day in California the rival CMC Trans-Cal Series was running at Huron and the winners were Honda rider Steve Martin (500), Yamaha's Broc Glover (250), and Honda's Johnny O'Mara in the 125cc class.