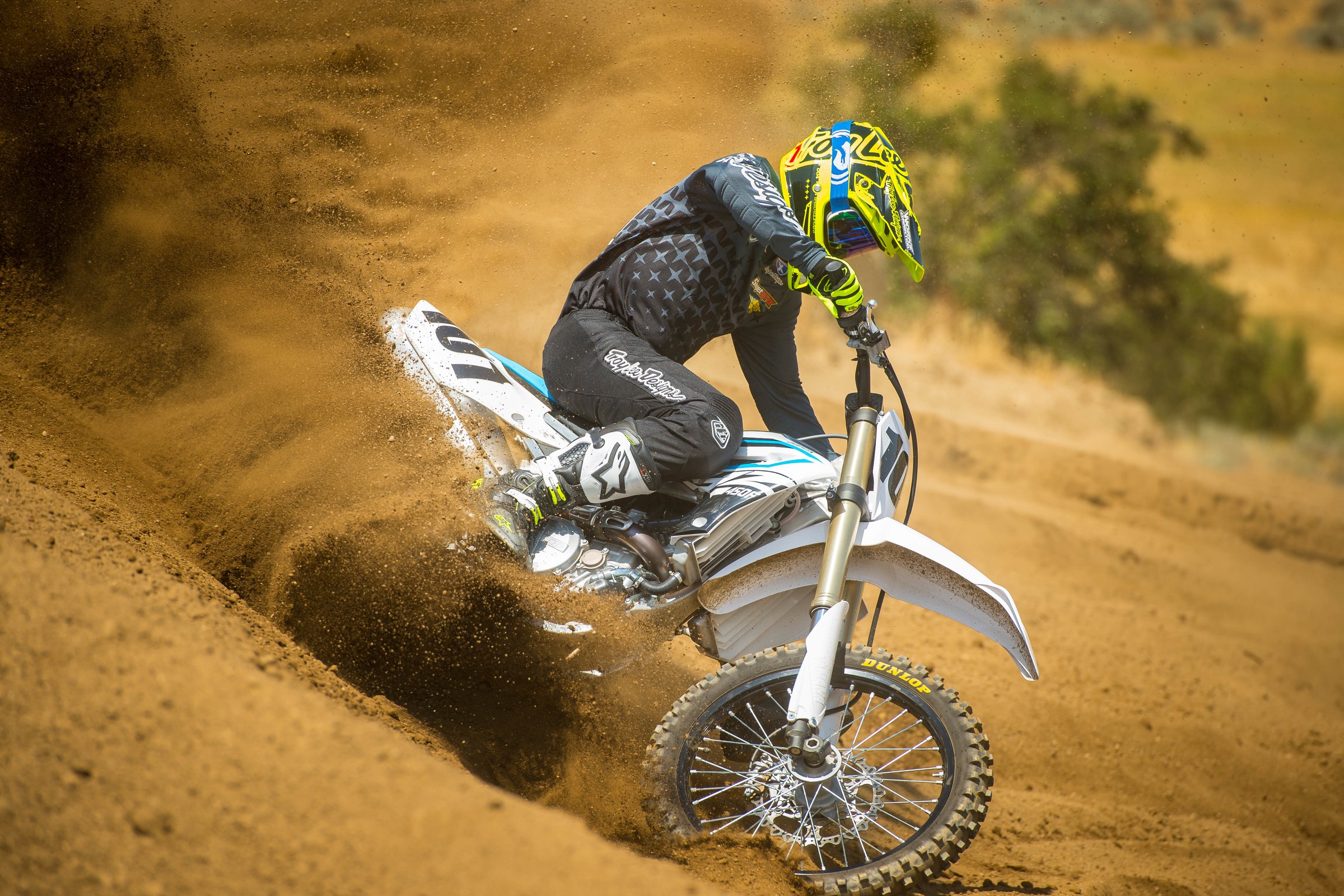 I wrote to you about the survival guide to the MXDN (not MXoN) at RedBud maybe one month or two ago. I was ready for a humid, hot steamy day with lots of American ale as coolant for the body. Now we are hit with thunderstorms on the horizon with straight whiskey as a block heater instead. Regardless, I’m committed to fleeing the homeless Encampment of Los Angeles to watch the best of the world race against each other. Money has been spent on this trip that can’t be refunded. Sir Pingree, give me some words of encouragement that will give me hope that this race will be held no matter what. Maybe, just maybe, we will see one of the greatest mud racers, KDUB, take a win for Puerto Rico? Maybe just a few laps of Tomac vs the Euros? Or will I show up in my budget 4-cylinder rental car to the track to be told the race is cancelled and have a dually pull me out of the mud with my head down the whole time? I know how much the owners have invested into this race which is giving me hope.

What can I expect now?

Forecast for the weekend at Red Bud? 100 percent chance of good times. Look, the weather might not be perfect over the weekend but no amount of rain can dampen the enthusiasm for this running of the MXdN. Between the pit bike races, the parties, and the world’s best racers going head-to-head (with the sad exceptions of Marvin Musquin and Chad Reed), this weekend promises to be epic. For pure moto fans the former USA team racers who will be in attendance is enough to justify the trip. Oh, and what about Team Puerto Rico? That should be interesting. The Ritchie family takes a great deal of pride in their facility and their events so I’m certain you can expect a good time, regardless of weather. Bring some mud shoes, a rain jacket, and some ibuprofen for Sunday and Monday morning and get ready for an incredible weekend.

With the latest two-stroke movement it has me thinking how the old timers would have stacked up today. For instance, if the King of Supercross himself went pro today would he win seven championships? How much has the game really changed? Have work ethics, bikes, barrier to entry (expense), fitness, and competition all added another level to the sport? For an added history lesson, how would some of the best motocross racers of all time stack up today like DeCoster, Hannah, Pingree, or Stanton?

Wishing you peace and happiness,

That’s cute that you’d list me with those riders. Wildly inaccurate and inappropriate, but cute. I don’t want to crap on the legacy of any motocross hero, but things definitely change over time. The icons of the 1980s posted race win numbers back when there were far fewer supercross rounds in a season. Also, the nationals were split between 250cc and 500cc bikes for decades, reducing those series to five or six rounds per class. So, using the most current and accepted form of mathematics, more specifically, basic addition, you could see how it would be easier for a rider from the mid-1990s or later to eclipse their win records in 450SX and 450MX; they simply have more opportunities to get wins. I would suggest that Bob Hannah, Broc Glover, and Jeff Ward would be the riders most likely to have posted bigger race win/championship totals if the number of events were equal back then.

Of course all of this is conjecture and we’ll never be able to reach a concrete conclusion. One thing is consistent about champions: They have the mental strength component figured out. I don’t think the amount of talent from one rider to another at the highest level is that different, with the exception of a few standouts like James Stewart. The difference between riders with championships and those without is unshakable self-belief. Period. For that reason, any rider who was successful in any era would be successful in another. Comparing how they would do against other champions from a different time? That’s much more difficult to do. Maybe we can get the FBI to do a thorough investigation?

I just watched the video on Racer X of your VMXDN experience. Pretty cool. Your PC bike raised a question in my mind that you are uniquely qualified to answer: How cool is Mitch Payton?

I consider myself fortunate to live only a couple hours from Hurricane Mills, TN. I have been going to Loretta Lynn's as a spectator as long as I can remember. Never as a rider because, well, I'm not fast enough! Although there was that one time on a quad because I just HAD to ride the track... I'll pause to allow you time to publicly "quad shame" me. Fine, I deserved that. Nowadays my wife and two little girls simply go play in the creek and have a fun weekend. While there is obviously good racing to watch, my favorite thing is to go check out what's going on at the Pro Circuit trailer. I consider it a privilege to hang out and watch Mitch trouble shoot bikes as if he were reading the newspaper. Last year I saw him smell the spark plug of a 125 and tell some man friend that he needed to swap the entire carburetor! The rider was not stoked, as his class was rolling up to the gate at that moment. I consider Mitch Payton a pioneer and an icon of the sport who appears to be fairly generous with his time and expansive knowledge (even when it comes to entitled youngsters who should show more respect than they do, in my opinion). Anyway, I thought it would be cool if you didn't mind to share your thoughts and maybe a story about Mitch Payton.

Thanks for your time,
Self-Aware MX Fan

A quad?! Have you no shame?? I’m kidding, of course. I love quads and people who ride quads and especially those who wheelie them down the streets of urban areas. Much love. I’ve known Mitch since 1994 when he began helping me as a Suzuki support rider. I rode for his team for three seasons (1995, 1996, and 1997) and then worked with him as our exhaust and suspension supplier when I was managing the TLD supercross and Supermoto team. These days I still work with him on magazine project bikes and pieces for Racer X Illustrated and Racer X Online. Payton is one of those guys who will do absolutely anything for you if he believes in you. As a racer, he expects you to pour everything you have into your job. He leads by example in that regard and spends whatever time/money is necessary to make sure his equipment is the very best it can be. Conversely, if you burn him or prove yourself to be a big pile of shit he will spin around and wheelie away, leaving you in a cloud of dust. I appreciate a guy who does what he says and genuinely wants to help people. Mitch is one such guy and the sport is much better with him in it.