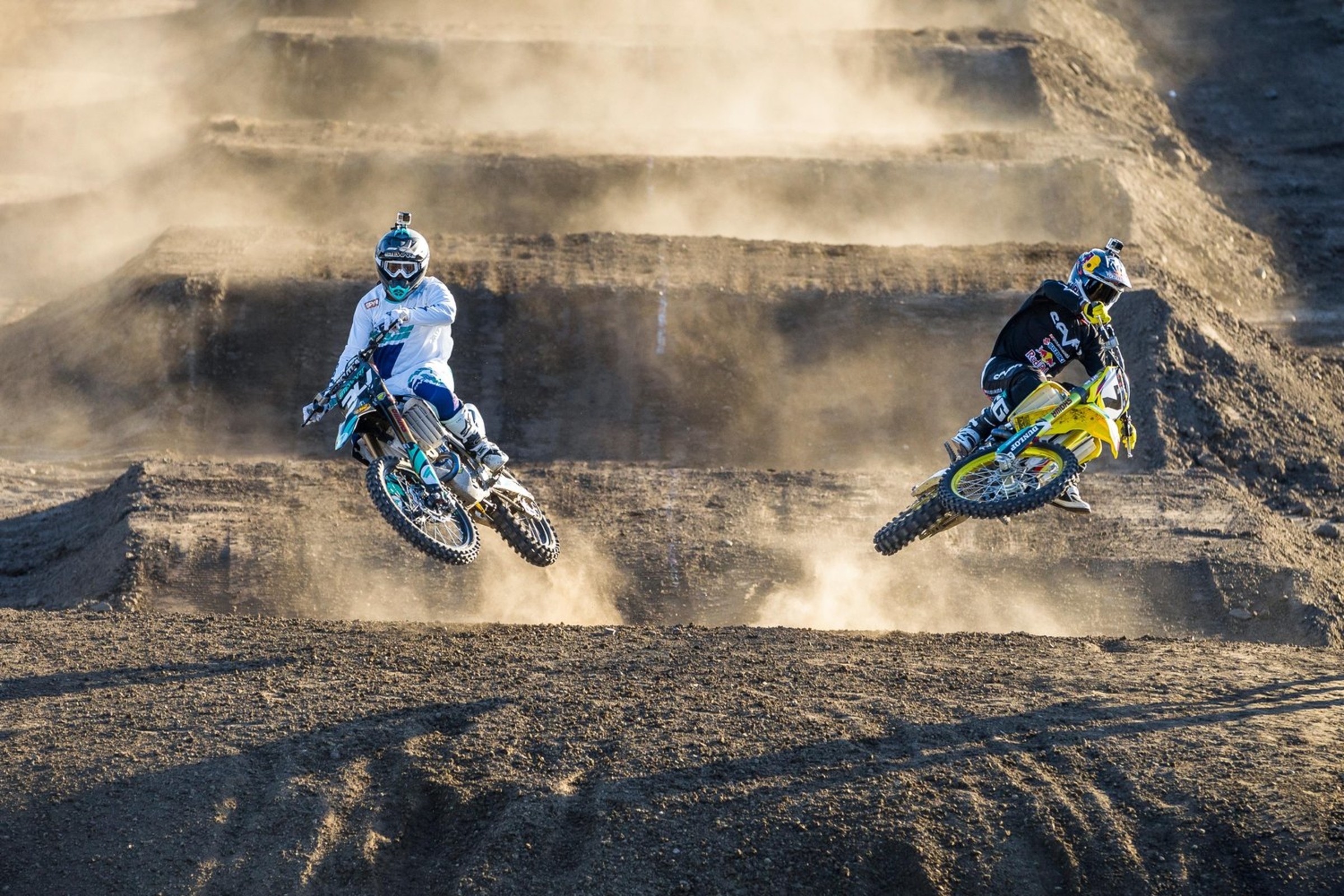 On This Day in Moto October 4

Yamaha's Broc Glover gets the overall win at the Unadilla Trans-USA race. Glover went 2-2 on the day, his teammate Bob Hannah went 3-3 for second. The moto winners were Suzuki's Mark Barnett and Darrell Shultz.

The Support class was won by Honda rider Danny "Magoo" Chandler on the brand new CR480.

Red Bull loves doing unique, one-off events, and when they introduced Red Bull Straight Rhythm for the first time in 2014, it created quite a stir. The elimination race was a straight drag race between two riders, on a straight line supercross track. It's now one of the most anticipated events of the year as a result of the straight fun factor to it all. Here's how that first one looked.

In Brescia, Italy, Team USA's Ryan Dungey, making his debut in the Motocross of Nations, steps up to a 450 to enter MX1 after winning the AMA 250 Pro Motocross Championship. Dungey delivers a 3-1 to lead America to it's fifth straight win. He is backed by Monster Energy/Pro Circuit Kawasaki's Jake Weimer and Team Honda's Ivan Tedesco, the only rider on the team with previous MXoN experience. France finishes second, with Belgium, Germany, and Great Britain rounding out the top five.

Making his professional debut was a just-turned-15-year-old Jeffrey Herlings, who rode MX2 for the Netherlands and finished 20th in the second moto. Ten years later, he is the dominant champion in MXGP.

In the middle of their seven-year winning streak, Team USA's James Stewart, Tim Ferry, and Ryan Villopoto win in the FIM Motocross of Nations at Donington Park in Great Britain. Stewart won the first moto, RV won the second moto on a 250, and Ferry went 9-5 in his motos to clinch the win. France, Belgium, and Great Britain followed in the team standings.