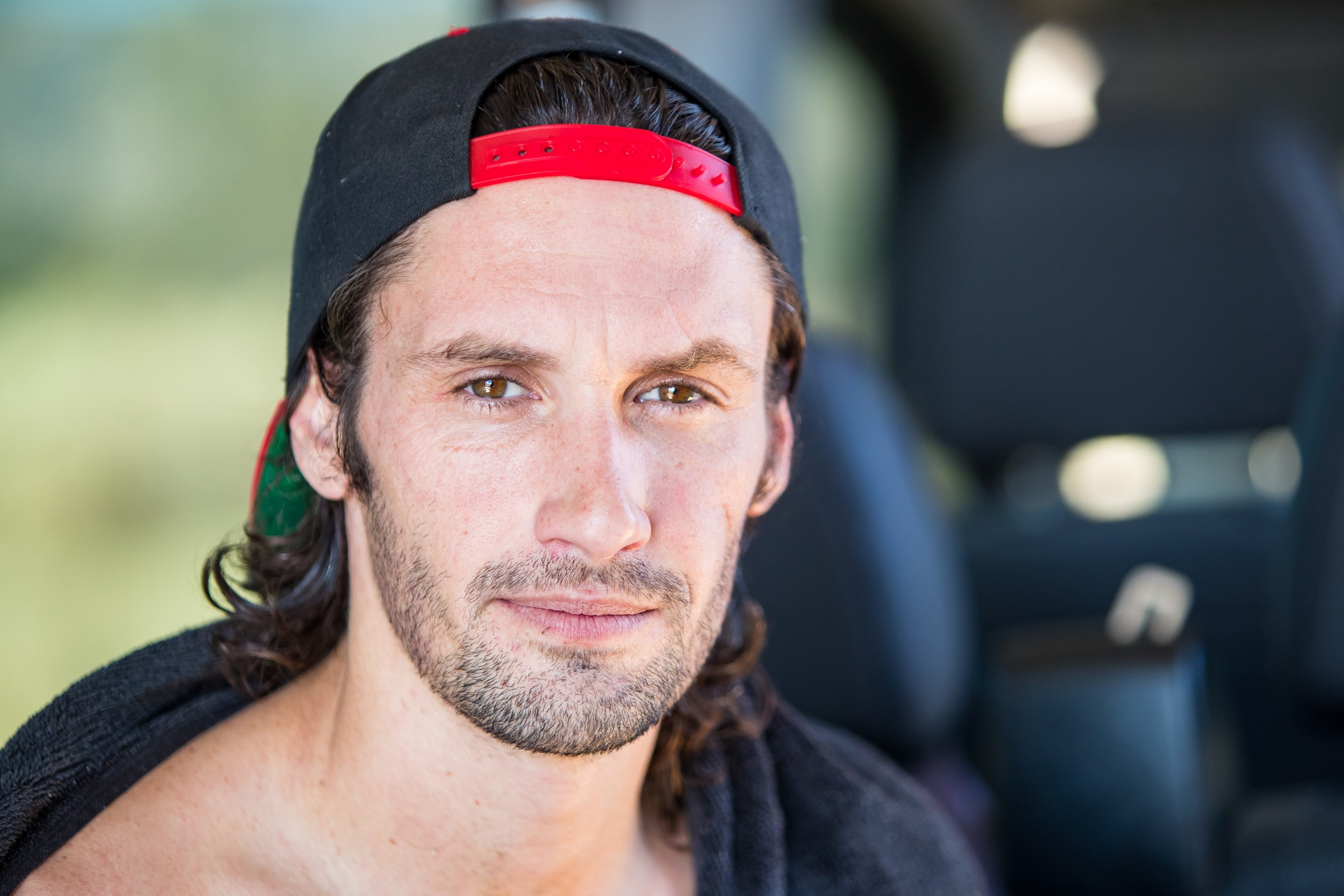 We were out at Fox Raceway (formerly Pala Raceway) earlier this week and ran into Josh Hansen, who is now riding Hondas. We wanted to know more about the deal, the Montreal Supercross this weekend, what happened with his team this year, and more.

See what Hanny has been up to lately below.

Racer X: Josh, we’re out at Pala today. You’ve got a new machine under your legs. Can you talk about what’s up with the new Honda?
Josh Hansen: I got an opportunity to work with Honda. They support me on just me riding their bikes and everything, kind of almost like an influencer deal, just to ride all the bikes that they have. They make so many cool things other than just dirt bikes as well. It’s been pretty neat. Just been riding, really. That’s my gig.

How many days a week have you been riding?
I’ve been enjoying the bike so much and doing a lot of testing already with Showa and them. I’ve been riding almost every day. It’s only been a few weeks, but it’s been a lot of riding during those weeks. It’s just been so much fun.

How long has it been since you made the switch?
Probably about three weeks now, I would say, to maybe a month at the longest.

I heard you’re going to be lining up this weekend in Montreal Supercross?
Yeah, that’s cool. It’s kind of a little scary, too. Just kind of jumping into it. Got a little last-minute call to go to Montreal. I want to do it. Trying to just round up what we can for motorcycle parts. I guess maybe we’re about to see what a real stock Honda does on a supercross track.

Do you have anything on your bike right now?
Not right now, nothing. Just Yoshimura pipe, Tag bars, just a set of their wheels. That’s about it.

You had your race team earlier in the year, the Nut Up/LVN 100 Suzuki team. It didn’t seem like everything came together the way you wanted it to this year.
Yeah, this year I put my best foot forward and tried to do what I could. I was kind of dealt some cards with my body and stuff and injury. Wasn’t able to get going in the right direction to be totally ready. So I had [Matt] Bisceglia on the team, and he got hurt most of the year. It just kind of really was like a money thing at the end. I had Kenny Watson trying to help me with the situation. It kind of made it where I was definitely glad to see the year end. It was definitely a money pit, straight up, and seeing some people that were supposed to step up and didn’t. It is what it is. I’m glad to be out of it, honestly. It’s cool.

So you are out? There’s no plans to keep the team going?
I don’t know. If I do it for myself. Unless somebody and I have the money where I can rely on my own word to do stuff and I don’t have to rely on other people, I absolutely would do it again. The only way I’m going to go racing is if I go myself.

When we talked earlier in the year you had some interest of maybe building the team as a stepping stone, starter team for more privateer guys. That’s no longer the plan anymore?
It was definitely the plan, and then definitely having a business partner in it, and I don’t really know. It just never, ever carried forward. There was some stuff that was a lot of promises that never went forward. If it was up to me and the money, that’d be one thing, but I can’t obviously afford it. I can’t even afford myself to go racing, more or less. It comes down to sponsors at the end of the day.

How are you with the injury? You never got to line up this year the way you wanted to. Where are you with that?
I’m good, believe it or not. I dealt with a foot thing and then kind of some stomach issues throughout the year. Between that and the whole money thing, I was like, the year wasn’t going right. So I’m back. I’m riding. I’m having fun. I just want to enjoy riding and seeing my kid. If racing falls into place in the right way, then maybe I’ll do a couple of them.

How is your daughter doing these days?
It’s been the coolest thing in my life. It’s crazy it’s already been three and a half years. It goes by way too quick. It seems like yesterday we were just talking about having her. It’s been pretty cool. It’s been a humbling experience. It’s been neat.

Any plans for any more?
Maybe in the future. Not as of now. I got a lot of stuff on my plate. Got to hold down the fort as it is.

What made you want to line up this weekend in particular?
Just last-minute. You can still make money, so that’s definitely a good thing. I want to race. I just definitely would like to maybe have some days on a supercross track. We haven’t even started testing or anything. It’s going to be fun, it’s just last-minute. It’s going to be super cool. I’m glad I got the opportunity. I’m glad I got thought of.

So no real expectations, just going to go have fun?
Yeah, I have no expectations. I haven’t even tried supercross suspension on a Honda. It’s really just, more or less, I’m going to go out there and put on a good show. I’d like to go out there and do well and then come back here to California and hopefully get on a supercross track, and maybe go and do some more off-season races.

Maybe see you at Monster Cup?
If I could be ready and I actually feel good, maybe I’ll be an underdog and just try to go out there and see what I can do.

What else is going on?
Just riding and enjoying this new bike. It’s been really cool just to work with cool people and seeing how good a bike can get in such a short amount of time. It’s pretty neat.

You talked about maybe you riding some other bikes that Honda has. Can you expand on that?
Yeah, I’ve even been pressing them to get a Gold Wing. I think the Gold Wings are so sick. They’re rad. They’re like the old-person Cadillac. Everybody’s on Harley’s and FXR’s, the whole situation. So I was like, I want to change it up. Honda’s got the Gold Wing. That thing’s sick. They got the speakers. I’m going to have a nice ride to the track every day on my Gold Wing. I may even put the trailer on the back and throw the 450 on the back of that. I might be dragging suitcases on that thing.

Get the Latest FROM EXHAUST

Sign up for our newsletter and never miss updates from our new site.