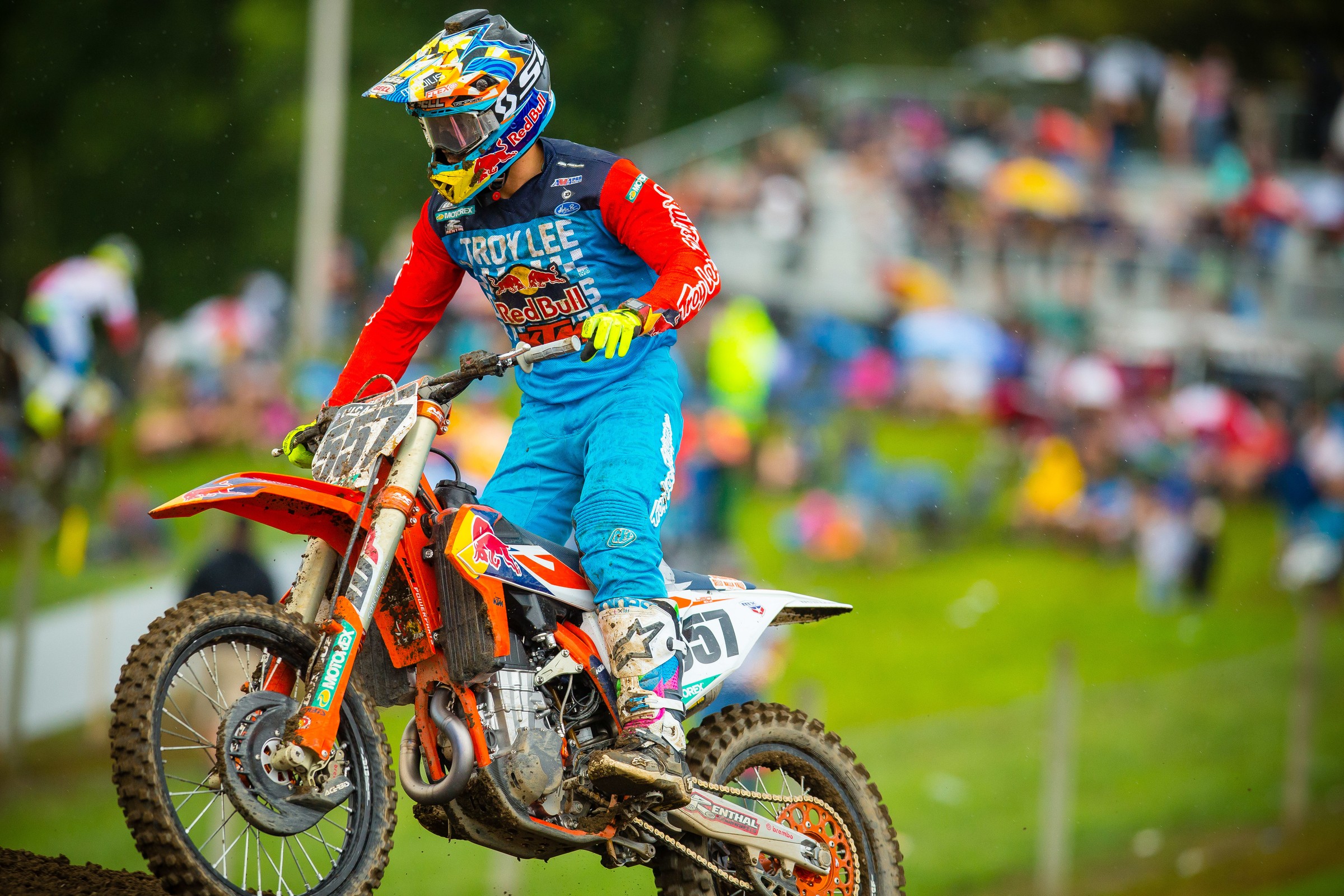 Second-generation stars have hit the big time: Aaron Plessinger, son of multi-time Grand National Cross Country Champion Scott Plessinger, swept both 250 championships this year, and Kailub Russell, son of National Enduro Champion Jeff Russell, is running toward six straight championships in today's GNCC racing. Kailub and Aaron have never actually raced each other, but they were at the same track on the same day when Kailub took a shot at Lucas Oil Pro Motocross at Unadilla two weeks ago.

Kailub rode very well in the mud, even threatening for a podium for a bit in 450 Moto 1 before a crash ended his whole moto experiment, at least for this year. Now it's back to business in the woods for KR, as the GNCC Series resumes on September 15 and 16 in New York. But no matter how fast he goes, he can never outrun the controversy of winning in the series that his dad, Jeff, now runs. Sometimes the accusations just make Kailub want to quit altogether, but his recent motocross foray has helped rejuvenate his desire. He talks about it all with Jason Weigandt in this week's Racer X Exhaust podcast.