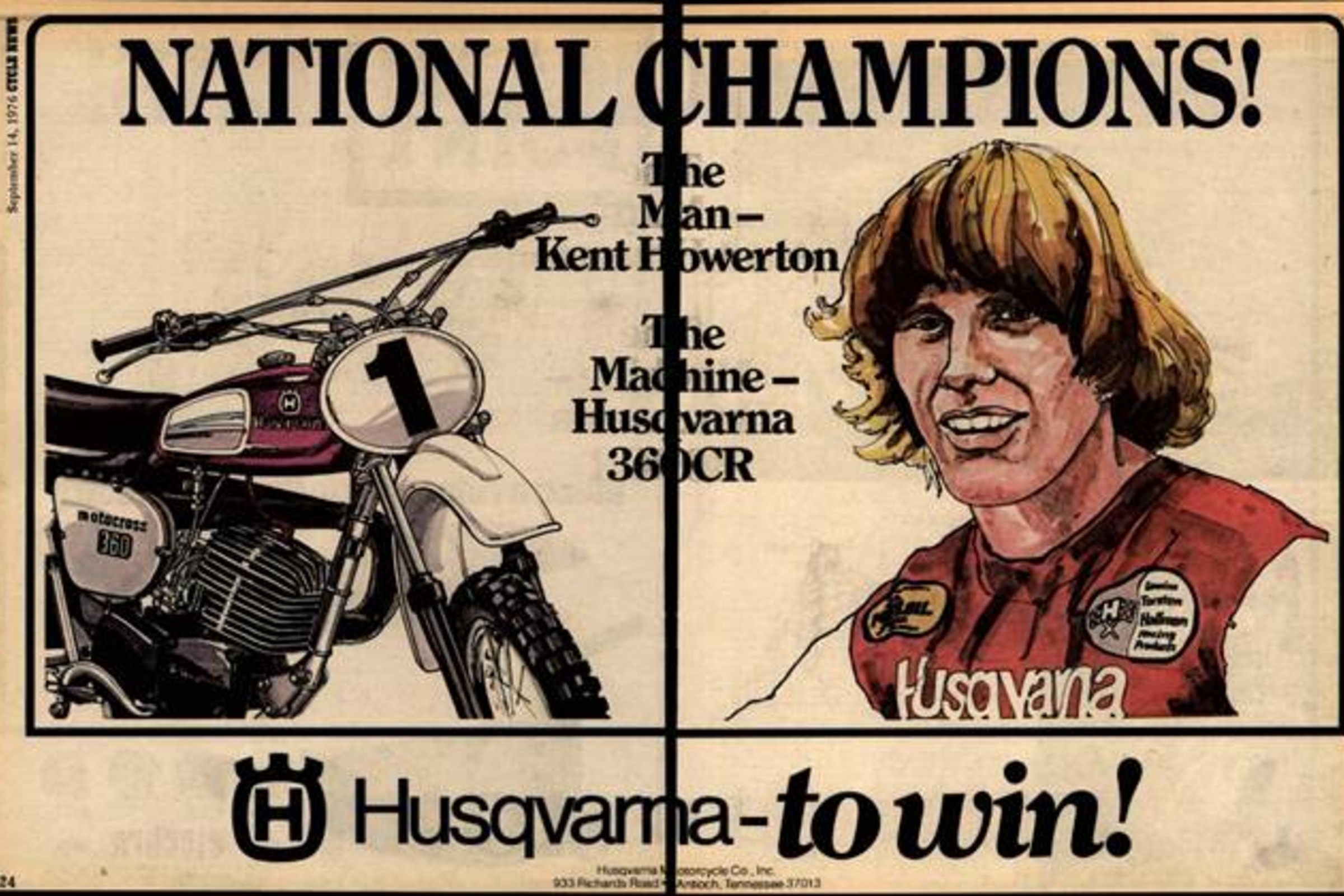 On This Day in Moto August 29

The AMA 500cc National Championship went down to the very last race of the series at Motocross West outside of New Orleans, and Husqvarna rider Kent Howerton earned his first AMA National Championship with a win via 1-4 moto scores. Riding a specially modified bike by master mechanic Eric Crippa, Howerton held off Kawasaki's Gary Semics, second overall on the day, by eight points. The winner of the last moto of the series was Kawasaki's Jimmy Weinert.

In the 125 Class, Bob "Hurricane" Hannah had already clinched the title, but the win at this last round at Motocross West would go to Suzuki's Danny LaPorte (his second win in a row), with Hannah second. FMF Honda rider Steve Wise of Texas finished third. And Marty Smith's frustrating season ended with him in 11th after yet another breakdown.

Here's a cool slideshow someone put together from that day:

At the next-to-last round of the 1993 AMA 125/500 National Motocross Championship at Broome-Tioga outside Binghamton, New York, Honda's Doug Henry and Jeremy McGrath went 1-2, which helped Henry put points on Yamaha rider Jeff Emig, who only finished fifth in the 125 Class. Kawasaki riders Ryan Hughes and Robbie Reynard finished third and fourth.

In the 500 Class, Kawasaki's Mike LaRocco got the win with 2-1 scores ahead of his teammate Mike Kiedrowski's 1-3 finishes and Honda rider Jeff Stanton's 3-2 scores.

Ready to wrap up a third straight AMA 125 National Championship, Pro Circuit Kawasaki's Ricky Carmichael kept plugging away, going 1-1 at the next-to-last round of the season at Broome-Tioga. RC was followed by FMF Honda rider Tallon Vohland and Yamaha of Troy's Stephane Roncada. It was enough for Carmichael to clinch earlier, something he did with all ten of his AMA Motocross Championships.

In the 250 Class, Team Honda's Kevin Windham racked up 1-1 moto finishes for an easy win, as Yamaha's Jimmy Button was second with 5-2 scores and Honda rider Mike LaRocco was third with 2-6 finishes.

In one of the biggest surprises in AMA Motocross history, Florida Yamaha rider Matt Goerke went 6-1 for the overall win at the Southwick National aboard a Yamaha YZ450F. Australia's Michael Byrne went 3-3 for second, and John Dowd shattered every age record for the podium by finishing third overall with 10-2 finishes. He was 19 days past his 44th birthday.

On the flip side, in the 250 Class, GEICO Honda rookie Justin Barcia took his first Pro Motocross win, going 1-3 to top the 6-1 of MX2 Motocross World Champion Tyla Rattray and the 4-2 of his teammate Brett Metcalfe.